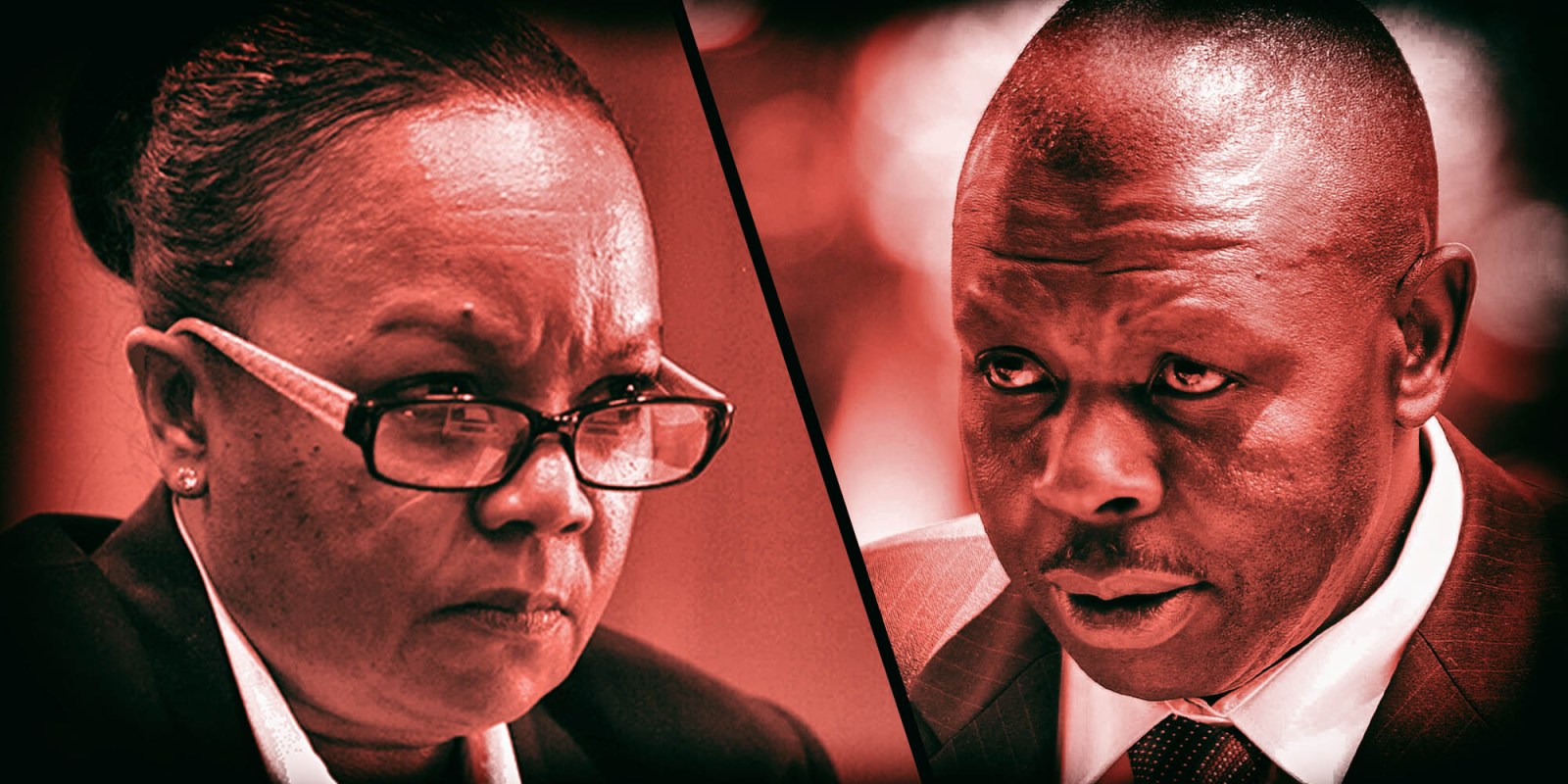 An investigation by the Judicial Inspectorate of Correctional Services has found that reports of an alleged planned assassination of Western Cape Deputy Judge President Patricia Goliath cannot be discounted and warrant further investigation.

On Friday, 4 September, Groundup published that a senior judge had been implicated in an alleged plot to assassinate Goliath by one of the prisoners.

A report, completed by the Judicial Inspectorate of Correctional Services (JICS), and which names Western Cape Judge President, John Hlophe, has been sent to Justice Minister Ronald Lamola and the Office of the Chief Justice.

Lamola’s spokesperson, Chrispin Phiri, responding to questions from Daily Maverick said “the Ministry at this stage is not aware of such a report. Most critically if anyone in society is aware of a crime we must bring such information to the attention of the South African Police Services urgently.”

Responding to questions from the Daily Maverick, Goliath said she was constrained, as a judge from dealing with the press.

She did, however, confirm that on 3 June 2020 she had been contacted by members of the Grahamstown Bar, who were unknown to her at the time, and advised that a prisoner had called the office and had informed them that a “hit” had been placed on Goliath’s life by another judge.

Members of the bar relayed the call to a Judge at Grahamstown High Court, who suggested that they contact Goliath immediately. On the same day, she informed the Office of the Chief Justice of the alleged threat.

Goliath confirmed that she had received two reports from JICS relating to the “matter” but would not make these public or discuss the contents.

After Goliath had reported the threats JICS was tasked with investigating these, interviewing two prisoners.

The JICS report sets out how an awaiting trial prisoner in Pietermaritzburg had been present in a cell when another prisoner had received a call, allegedly recruiting him to a hit squad to eliminate Patricia Goliath.

The report says the prisoner, when questioned during the JICS investigation, had responded that the potential hitman had told him that the caller had named a third party who had allegedly ordered the hit on behalf of Hlophe.

Information in the report is that a sum of R3-million had been promised and while the planned hit had been called off, the would-be assassins had demanded payment and had been paid R200,000.

The report found that there was no motivation for the prisoners to make up such a complicated story and that they had stuck to it during interrogation. There was also no evidence or history, the report said, of mental illness in either.

The report found there was “no basis to discount” the allegation and that it was serious enough to warrant further investigation.

Daily Maverick’s communication with JICS, requesting confirmation of the reports, had not been responded to at the time of writing.

Attempts by Daily Maverick to obtain comment from Nathi Mncube, spokesperson for the Office of the Chief Justice have been unsuccessful so far.

Daily Maverick has offered Judge President Hlophe a right to reply to the serious allegations. At the time of publishing he had not yet responded. As soon as we receive such a response we will publish it.