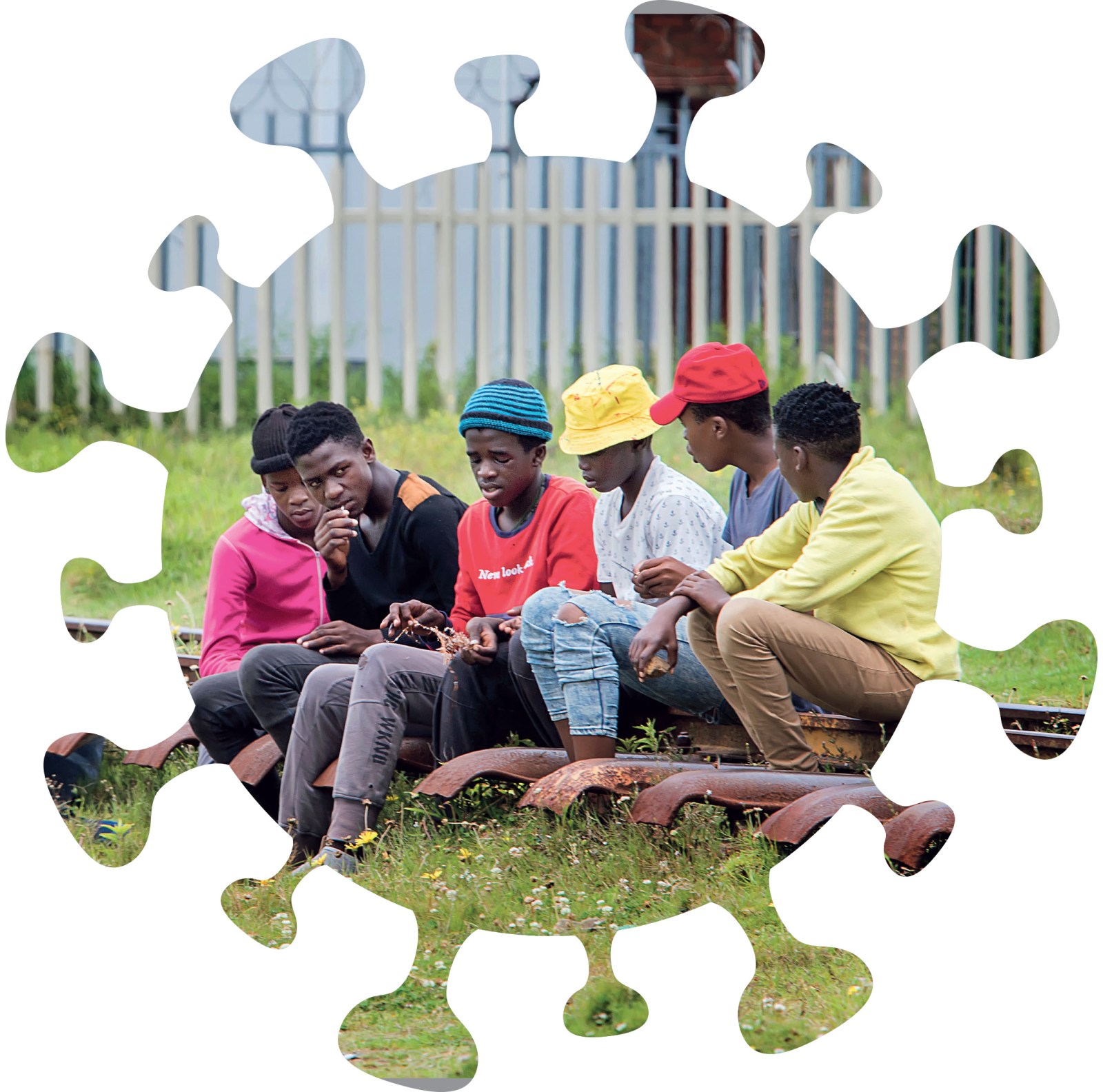 In two weeks the number of Covid-19 cases in Nelson Mandela Bay have increased tenfold as authorities pleaded with residents to wear masks and stop socialising. With 75,000 jobs lost in the metro, the city’s business chamber has warned that another lockdown would be disastrous.

With the number of coronavirus cases in Nelson Mandela Bay up tenfold in just two weeks and hospitals filling up, Port Elizabeth’s business chamber has warned that another lockdown would be dire for the Eastern Cape’s largest metro.

It took 14 days of what authorities described as mass disobedience, in October, about a month after the country moved to Level 1 for Nelson Mandela Bay to have a tenfold increase in coronavirus cases, as a massive outbreak saw cases increasing, sometimes with up to 500 cases a day, from 349 on 19 October to 3,092 on 4 November.

This week the city’s Business Chamber raised the alarm that the local economy, which had already shed 75,000 jobs this year, could ill afford another lockdown.

At one of the city’s busiest state facilities, Livingstone Hospital, 10 doctors had to deal with the mass admission of patients, with the Department of Health admitting this week that they are in urgent need of more hands to fight the current outbreak.

“Nelson Mandela Bay is currently the only place where we are seeing this. There are no other obvious hotspots,” Professor Lucille Blumberg, the head of the Public Health Surveillance and Response Unit at the National Institute of Communicable Diseases, said.

This comes as the Minister in the Presidency, Minister Jackson Mthembu, said this week that President Cyril Ramaphosa intended to address the nation on the state of the coronavirus outbreak in the country.

Statistics from the Eastern Cape Department of Health show the frightening curve and how the number of active cases in the metro, home to about 1.1 million residents, jumped from 238 on 11 October to 349 on 19 October and then 1,132 on 25 October, 2,362 on 1 November and 3,092 by 4 November. On some days, including Thursday, the total active cases in the city increased by as much as 500 cases a day.

“Yes, we are experiencing a resurgence,” the district manager for Nelson Mandela Bay, Darlene de Vos, said on Thursday morning. “We have 3,092 active cases.” By Friday morning the number of cases in the city had increased to 3,584.

The increase in cases has not been seen anywhere else in South Africa’s metropolitan areas. Buffalo City, the other metro in the Eastern Cape, has 247 active cases, according to their municipal dashboard. The province has 4,648 cases.

A spokesperson for the Western Cape’s department of health, Mark van den Heever, said the entire province saw an increase of 233 cases per day from 23 October but this had dropped to 192 cases. The province currently has a 10% positivity rate.

According to the latest statistics released by the National Department of Health, the total number of active cases in the Eastern Cape is now 3,917, Gauteng has 15,402 active cases and the Free State has 11,997.

Professor Cheryl Cohen from the National Institute for Communicable Diseases said the current outbreak does not constitute a “second wave” of the pandemic.

Mamela Ndamase, a spokesperson for the Nelson Mandela Bay municipality, confirmed that there had been 47 deaths linked to Covid-19 complications in the metro in a single month.

“There is very little compliance,” she said. “There is no screening at most buildings, shops, malls and restaurants. Many people are not using face masks. Social distancing is not being maintained. Many facilities are ignoring capacity requirements. People ignore the curfew from midnight to 4am.”

She said the Department of Labour’s compliance inspectors, the police and the metro police had all been called in to assist with enforcing Level 1 regulations. “We must emphasise a harder lockdown is the last action that the metro wants but it cannot be ruled out if there is continued non-compliance. New cases are being monitored daily.”

“There seems to be blatant disregard of health and safety protocols, especially where large gatherings are concerned – despite the national curfew between midnight and 4am, as per the Alert Level 1 Covid-19 regulations,” the CEO of the Nelson Mandela Bay Business Chamber, Nomkhita Mona, said.

“Any further disruption brought about by an intense second wave would have a devastating impact on livelihoods, health and the economy at large. The business community, other sectors more than others, have already suffered major losses over the last nine months and, as such, could not possibly withstand another blow. Between January and June this year, the city had already recorded more than 75,000 job losses. As the Business Chamber, we would like to make a clarion call to all businesses to strengthen their safety protocols to prevent a possible calamity. With the relaxation of measures to Alert Level 1, we have also observed certain service sector businesses no longer following strict protocols on their premises. It is critical to highlight the impact of this on the economy. While the business community has to be compliant at all times, each individual member of society has an equal responsibility to keep him/herself safe – thus protecting their families and colleagues,” she added.

Officials from the Department of Health and the municipality have been pleading with residents to stay at home as far as possible and to wear their masks.

With the first signs of the outbreak, as the city was at a mere 349 cases, health spokesperson Sizwe Kupelo warned: “We can’t link this to a special event. The increased numbers are predominantly due to a general non-compliance with precautionary measures. People are ignoring curfews. In general this is happening because of a total disregard for regulations.”

De Vos said 28% of tests being done in the metro lately had a positive result.

“There is also an increase in the number of cases under children but the majority of cases are still amongst the economically active population between 20 and 64.”

There are 168 in the field hospital and 475 patients hospitalised due to Covid-19 complications in the city’s three private and three public hospitals.  Mobile oxygen cylinders were being used as there are too few oxygen supply points.

De Vos said there were currently 76 patients admitted to intensive care units in the metro, with eight in the state sector and 68 in the private sector.

“Avoid social gatherings as far as possible. Covid is real and we can only contain the further spread if there is collective commitment to stop the spread. We appeal to all citizens to co-operate with our community, based tracing and tracking teams and to adhere to referrals for quarantine and isolation,” De Vos added.

Earlier in the week acting executive mayor Thsonono Buyeye said the isolation site for the metro, Nelson Mandela Bay Stadium, was closed in September because there were not enough cases to justify keeping it open.

Health workers who are part of the track and trace teams in the city said their jobs are made difficult because people lie and often provide fake addresses as they did not want people to find out they had tested positive.

A mother from Uitenhage, who asked not to be named “as people behave strangely towards you if you had Covid”, said both she and her 18-month-old were infected.

“My boy was a healthy baby but then he struggled with his breathing. First we thought it was asthma. But then they tested us and it was Covid-19. Lucky everyone else in my family tested negative. It was only me and the baby. I didn’t have any symptoms. He became very ill. He couldn’t breathe.

“He was in the ICU for two weeks. We were alone in a room for two weeks. I only saw the doctors and the nurses. If anybody brought us something they had to knock and put it down on the floor. He almost died one day. The doctors rushed to save him and they were moving so fast they forgot to put their PPE [personal protective equipment] on. They just wanted to save him. Before my boy got sick I thought children couldn’t get Covid. For two weeks I had to speak to my seven-year-old on the phone,” she said. DM168