The first book from a corruptor, a State Capture lieute...

The first book from a corruptor, a State Capture lieutenant, is a riveting read 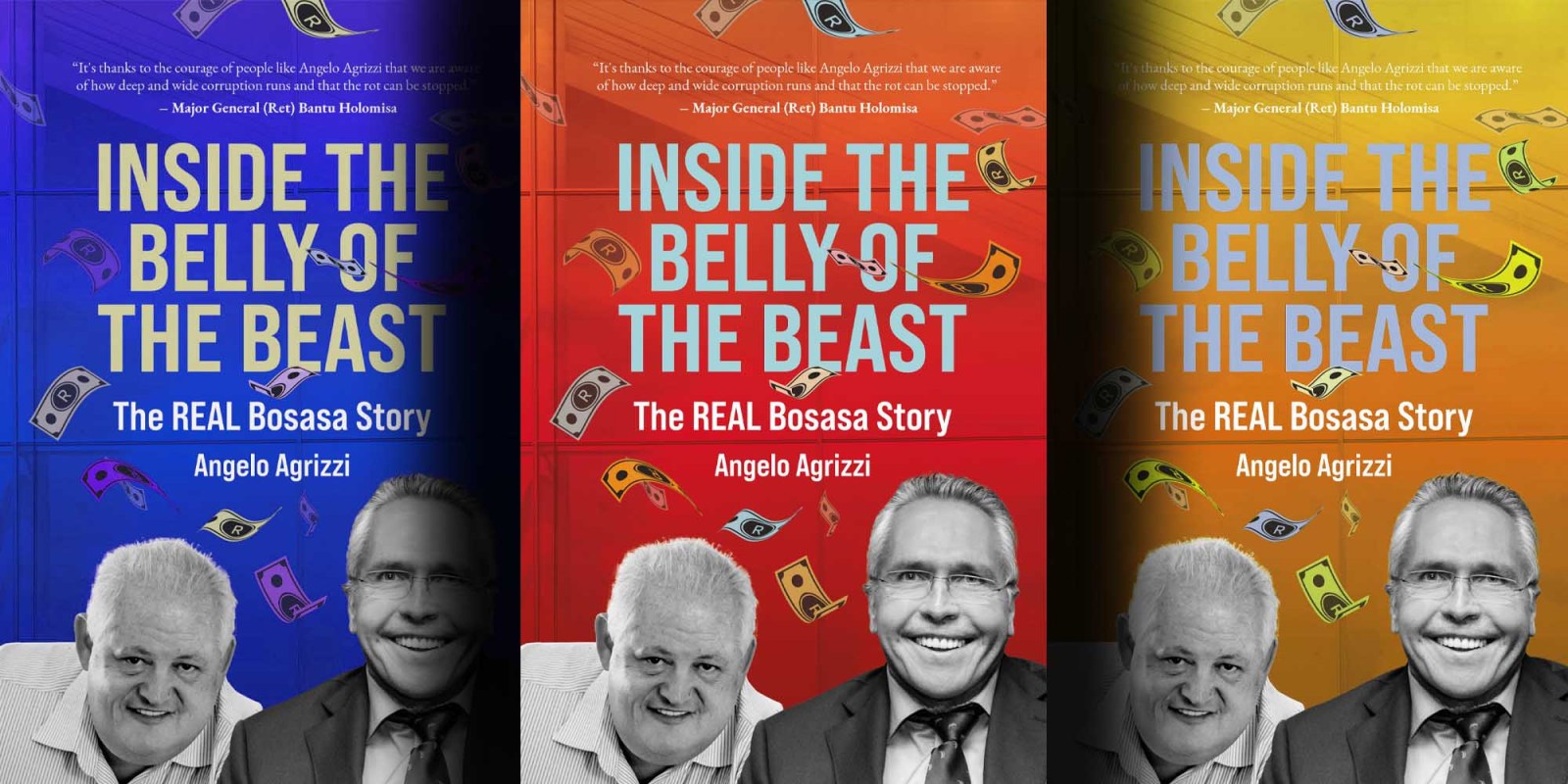 Just as publisher Melinda Ferguson was about to hit “print” on former Bosasa executive Angelo Agrizzi’s tell-all Inside the Belly of the Beast, NB Publishers pulled the plug on it after taking legal advice. Ferguson has gone ahead and published under an imprint she quickly started called “Truth Be Told Publishing”.

Agrizzi was first denied bail which probably gave the publisher the frights.  He was granted bail on Friday October 29, but did not make his book’s virtual launch on Monday November 2 as he is gravely ill in hospital.

As South Africa knows from his time on the witness stand at the Zondo Commission of Inquiry into State Capture in 2019, the company’s former COO holds the secrets.

And the book is even more riveting than his testimony as he drills down to the detail of how Bosasa came to corrupt a network of government officials and leaders of the ANC.

I won’t give it all away, but he writes for example about how thousands of rands in cash were folded into ANC MP Cedric Frolick’s jacket pocket (Frolick’s denied this); and of how another ANC bigwig, Vincent Smith, first sideswiped the Bosasa boys but how he was surprised to be called to a Sandton hotel meeting to find Smith there with other Bosasa executives having a grand time. Lucre, says Agrizzi, can make the firmest spines collapse. His own too.

“Caught up in the bribes… Vincent (as I later testified) went as far as accepting Gavin’s offer to have Bosasa pay for his daughter’s education at Aberystwyth University in Wales, over and above his R40 000 monthly stipend,” writes Agrizzi. (Smith, now charged with corruption, has denied the bribes and said he believed the university fees were loan financing).

Agrizzi’s is not the first book about the sordid decade of State Capture in South Africa, but it is the first confessional by a corruptor and enabler.

In this lies its page-turning quality – it is an X-ray of how the evil system worked, from the inside.

But this is also Agrizzi’s life story and he tells it well: pugnacious and aspiring (a petrolhead with a taste for Ferraris), he grew up poor in Germiston. Agrizzi worked at a Greek-owned café where the owner taught him how to oversell – he kept a loaf of bread and litre of milk on the counter and over-rang customers.

Most took the extra goods.

Later, he worked at a seafood restaurant as a maître d’ and chef – he tells a vivid story of taking a live lobster to the tables, offering up the freshly grilled crustacean to diners. What they didn’t know, he says, was that there was only a single lobster kept in the tank: Diners got frozen lobsters.

This was also one of President Cyril Ramaphosa’s first business forays when he partnered with owner Sam Molope; it later ended in tears.

Agrizzi was part of the team that expanded the bakery into mine catering, a big business which positioned him for the role at Bosasa (then Dyambu) – a position he coveted and pitched for after he left the bakery when he realised how badly old man Molope had been treated.

The book explores at length the love-hate relationship between Agrizzi and Gavin Watson, the Bosasa CEO and scion of the Watson family which was always close to the ANC. Agrizzi details how they built Bosasa into the leading logistics provider largely to government and state-owned agencies.

His account of everything from catering contracts at prisons, to the contract to run the repatriation facility Lindela and the security deal with the Airports Company to stop rampant car theft shows that Bosasa had business nous.

But could it have achieved the stratospheric profits it made without paying off officials, executives and politicians? That’s a call for the reader to make.

As the book gets darker and deeper, the corruption transmogrifies from a deal-greaser to a business fundamental: the images of Watson counting the cash, which was first shown at the commission, are in the book and Agrizzi is there every step of the way. He doesn’t write himself out of the dirty as some had feared he might.

In a particularly eye-popping chapter, he details how the bribes were accounted for with payees getting code names in little black books. Eventually, they made such big money and paid such big amounts that Watson at one stage left rolls of cash in a black bag, amounting to tens of thousands of rands. “That’s our money,” I found myself thinking of several points in the book.

Bosasa executive Papa Leshabane’s parties at the Michelangelo, where he hosted senior ANC leaders, should have the party’s integrity commission knocking on some doors – the detail left my eyes on stalks.

The book is Agrizzi’s files and he brings them: in addition to the text, there are QR codes you can scan to see videos (of Gavin Watson losing his shit; of the cult-like culture of the Bosasa HQ; of documents) so for scholars of State Capture, it’s a must-read.

Agrizzi paid R200 000 to a foundation as compensation for the Watson family tapes which recorded him saying the k-word repeatedly. He acknowledges being a racist and if the book has parallels in recent history, then it is with the accounts of apartheid third force and state security crimes by Dirk Coetzee and Eugene de Kock. Like them, Agrizzi reflects an ingrained white superiority and like them, he also acknowledges it and lays out a necessary truth for the development of a young democracy.

It’s a truth Ferguson had to push Agrizzi towards as content editor, she said at this week’s book launch.

His lawyer Danny Witz says the book is more confessional than revenge mechanism: the Watson family has said that Agrizzi spilt the beans only because Gavin Watson would not sign off on his final separation agreement.

Dead men don’t speak, but in the final pages, Agrizzi lets on that he is not sure Watson’s dead. As I said, it’s a page-turner and well worth a read if you are interested in how we got to where we now are. DM

Inside the Belly of the Beast, the REAL Bosasa story by Angelo Agrizzi is published by Truth Be Told Publishing. It retails for R290.