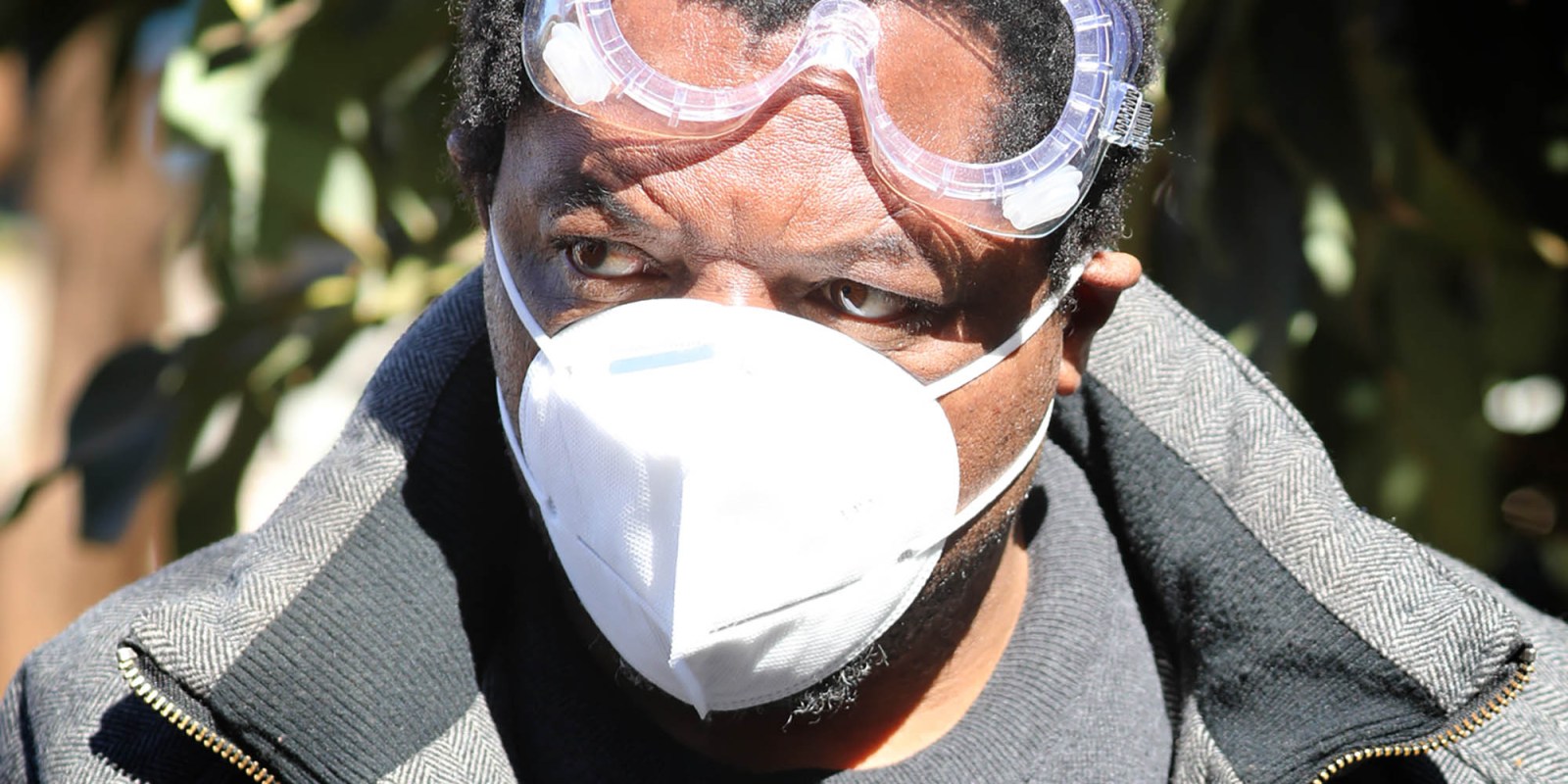 Two months after his release on bail, Hopewell Chin’ono, a prominent critic of Zimbabwe’s president, was rearrested on Tuesday evening, causing protestation from media rights groups.

In a statement late on Tuesday night, Zimbabwe Republic Police confirmed the rearrest on allegations that between 25 and 27 October 2020, the suspect used his Twitter account to post messages that impaired the dignity, reputation and authority of the court. Secondly, police said Chin’ono has confirmed through his Twitter handle that he is in “secret and unlawful communication with members of the National Prosecuting Authority. This undermines the integrity of the criminal proceedings against him. A corruption investigation has been launched.”

The award-winning journalist was released on bail in September after spending close to two months in remand prison on charges of inciting Zimbabweans to revolt against President Emmerson Mnangagwa for allegedly failing to run the affairs of the southern African country.

One of his lawyers, Gift Mtisi, told Daily Maverick that Chin’ono had been arrested for allegedly violating his bail conditions after he posted messages on social media.

“We are at Harare Central Police Station right now and the police officers are saying that he violated his bail conditions by posting some messages on Twitter. The police are yet to show us the tweets,” said Mtisi.

Chin’ono also told Daily Maverick that his arrest had been filmed by the police.

“There was a woman who was filming me as the police arrested me at my house and the police said they were filming me for their own records,” said Chin’ono on the phone from the police station.

He said that the police claimed they had arrested him in connection with a tweet that impaired the dignity of the Zimbabwean Chief Justice Luke Malaba, adding that the tweet in question did not violate any of his bail conditions imposed by the court that freed him.

The day I was denied bail in July, Chief Justice Malaba was seen leaving the magistrates court in the morning.

The judges letter says that he tells magistrates how to rule.
The same happened when I was denied bail at the High Court.

How can we go to courts which cook judgments? pic.twitter.com/qimw1joEif

“The court ordered me not to tweet about mass protests and that tweet had nothing to do with mass protests, so I don’t know where the state’s problem is,” said Chin’ono.

“We are still trying to ascertain the facts of the matter, but we are going to issue a statement as we have all the details,” said Nyathi.

Chin’ono, who was back in court on Monday for his routine remand, applied for Harare magistrate Ngoni Nduna to recuse himself from his case, arguing that he was convinced that he would not get a fair trial if he remained as the presiding officer. The magistrate is expected to deliver his ruling on the recusal application next Tuesday.

Today is our day, journalists who have been victims of the Zimbabwean State’s violent brutality!

I will be in court again today where I am asking the magistrate to recuse himself because based on his misdirected rulings, I will not get anywhere near a fair trial before him! https://t.co/hySYbk4sgx

Meanwhile, media rights groups such as the Zimbabwe Chapter of the Media Institute of Southern Africa (Misa-Zimbabwe) and the Committee to Protect Journalists (CPJ) described Chin’ono’s arrest as an attack on media freedom in Zimbabwe.

“CPJ views today’s arrest of Hopewell Chin’ono as yet another example of the harassment and the victimisation he has had to endure for his work and opinions as a journalist in Zimbabwe. We hope that this is not an orchestrated attempt to revoke his bail conditions,” said the CPJ Africa programme coordinator, Angela Quintal.

“Zimbabwean authorities should focus their efforts on the real criminals and not try to censor journalists. We urge authorities to free Chin’ono immediately without charge and allow him to comment and express his views without fear of reprisal,” said Quintal.

“The latest arrest is a show that no journalist is safe in this country; at any given time, they rule by law whereby the law is weaponised and targets those journalists that are deemed to be writing or exposing the ills of the society. In this case, the case of Hopewell’s exploits in the exposé around the procurement of Covid-19 equipment has put him in a very difficult situation whereby even the bail conditions themselves are so stringent,” said Moyo.

Spokesperson of the main opposition Movement for Democratic Change Alliance party, advocate Fadzai Mahere, said Chin’ono’s arrest showed that President Mnangagwa was presiding over “a fascist dictatorship”. The opposition, which claims that the 2018 presidential polls were rigged in Mnangagwa’s favour, argues that the human rights situation in Zimbabwe was fast deteriorating.

“The arrest of Hopewell Chin’ono is a further assault on the constitutional guarantees of freedom of expression and freedom of the media. It confirms our consistent position that Mr Mnangagwa is presiding over a fascist dictatorship that has seen a chronic shrinking of basic freedoms. Zimbabwe is in a state of crisis and there is an urgent need for the nation to return to legitimacy and democracy in order for that crisis to be resolved,” said Mahere.

However, the Mnangagwa administration has denied that there was a political crisis in Zimbabwe after South African President Cyril Ramaphosa dispatched two delegations to Harare to assess the country’s political problems. DM