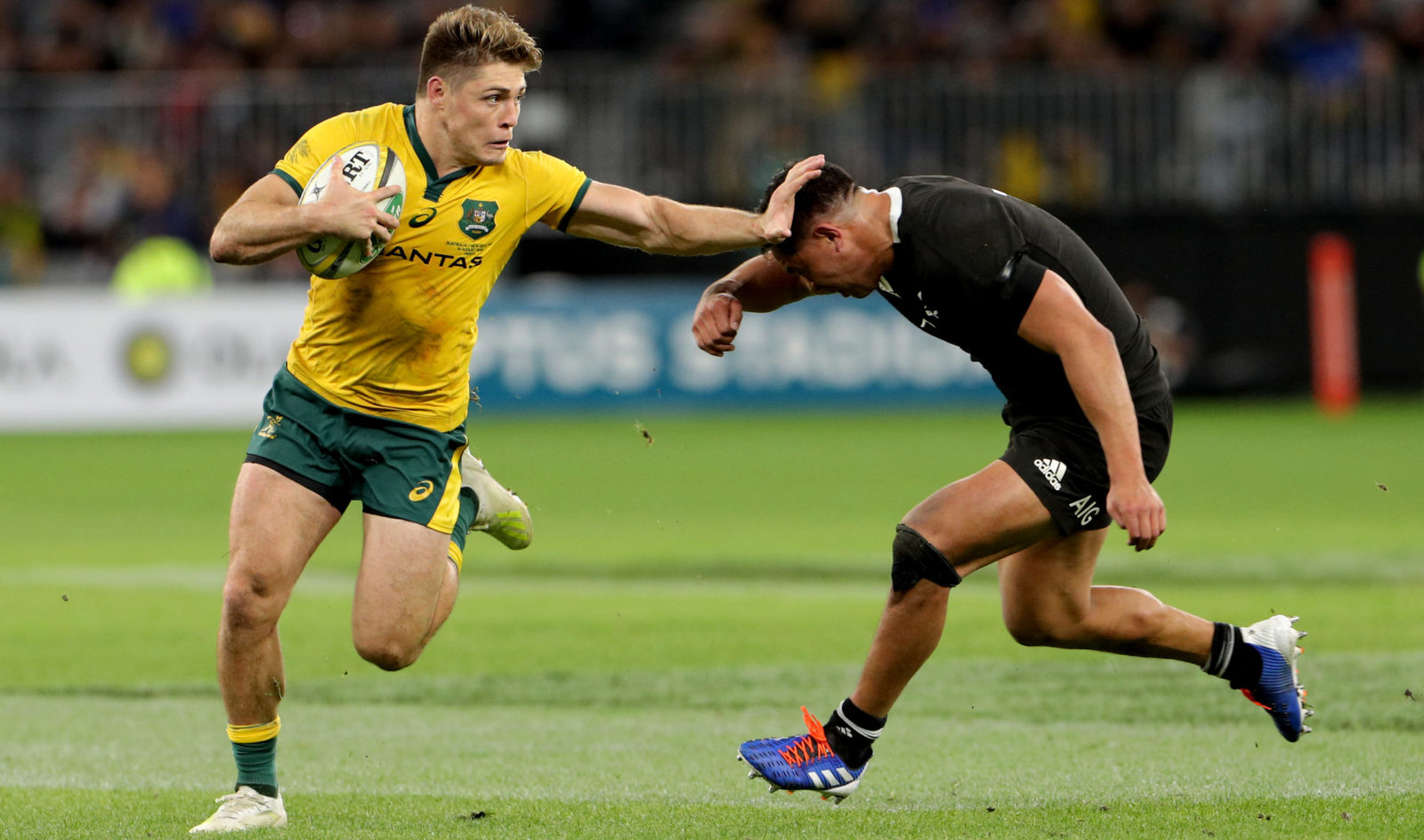 As the Springboks watch on enviously, nearly a year after they won Rugby World Cup 2019, several international matches will take place this weekend.

On 2 November 2019 the Springboks won the final of RWC with a staggeringly brilliant 32-12 victory over favourites England. They could not have imagined that 12 months on, they have not had the chance to build on that success, to play again, and to strut as world champions.

But that is the reality of Covid-19 ripped up schedules and torn up dreams. It’s impact on South Africa was too severe and went on just too long for rugby bosses to restart domestic competitions in time for potential Springbok players to have enough time to prepare.

New Zealand, Australia and Argentina will play in the revised Tri-Nations after the Boks withdrew from the Rugby Championship over player welfare concerns and travel uncertainty.

“I do have mixed feelings about missing out on the Championship,” Bok tighthead prop and World Cup winner Frans Malherbe said on a recent Daily Maverick webinar.

“We haven’t had enough game time and we are far off having enough to play Tests against sides like Australia and New Zealand. They have both played full domestic competitions and have had two Tests against each other in two weeks.

“The entire year has been a bit of an anti-climax after winning the World Cup and then hardly being able to play any rugby. But there is a positive side to consider.

“Someone recently said to me that imagine Covid-19 had happened in 2019. This could have been last year and you wouldn’t have won the World Cup.”

The label of world champions will remain until at least 2023, but for the foreseeable future, there will be no Test rugby for Siya Kolisi’s men. Instead, they, as the rest of us, will sit back and observe the Six Nations coming to its belated conclusion this weekend and the Bledisloe Cup, which could also be decided in Sydney.

Before Covid-19 suspended the Six Nations in March, the tournament was precariously poised with England, Ireland and France in contention to win the title.

England, on paper, have the more straightforward task when they take on Franco Smith’s Italy in Rome. But for the Roses, winning the match might not be enough. They will almost certainly require a bonus point and a wide margin of victory to bulk out their points’ difference.

Currently the standings show Ireland on top with 14 points and England and France locked on 13 apiece. Ireland have a 38 points differential, England 15 and France 13.

If Ireland wins with a bonus point at the Stade de France then whatever England achieves in Rome earlier in the day is academic. But Ireland have failed to score a try on their last two visits to Paris. England, who play earlier in the day, know that they have to put pressure on Ireland by securing a try-scoring bonus point against Italy.

“The performance has to win the game. It is dangerous to get too focused on the scoreboard,” England assistant coach John Mitchell told the media. “We have to set the tone from the start and put ourselves in a position after 40 minutes. Then we can look to put the foot on the throat.”

France of course, could also earn their first Six Nations title since 2010 with victory over Ireland. But given that England are unlikely to lose to Italy, France’s task is made harder because they will probably have to beat Ireland with a try-scoring bonus point. And you have to go back to 2008 for the last time France scored four tries against Ireland in Paris.

As recent history shows, Ireland have battled to score tries against France in Paris and this year it will be tougher because Les Blues’ defence has been whipped into shape by Shaun Edwards.

The tough Englishman spent more than a decade honing Wales’ defence under Warren Gatland, which saw Wales climb to second in the world and win the Grand Slam three times while Edwards was involved.

Edwards’ impact on France in this stuttering season is already paying off. Ireland coach Andy Farrell, who like Edwards made his name in Rugby League at Wigan, is well aware of the monumental task his team faces to try and breach an Edwards coached defence four times in a match.

“I was a young kid at Wigan, 14 or 15 coming through, and he (Edwards) took me under his wing for a spell,” Farrell told the media when naming his team for the match. “He was captain of the Wigan side and when I played my first debut he looked after me. He certainly did.

“He’s a winner, Shaun. He’s a fighter. That’s why I know the French will be ready on Saturday night. You can see the difference (on France’s defence) straight away, can’t you? The energy that he brings, he’d be unbelievably clear in what he wants from them and when you’re clear and to the point you normally see a bit of fight and energy on the back of that.”

Bledisloe Cup could be decided

The All Blacks are on the brink of winning the Bledisloe Cup for an incredible 18th time in succession in the third Test of the series in Sydney this weekend. The match also doubles as the Tri-Nations opener.

Australia has to win to keep the series alive after drawing and losing in the first two clashes in New Zealand earlier this month. With the All Blacks 1-0 up in the four-match series, the Wallabies are on the precipice of failure yet again.

The Wallabies, if they win this weekend, would then have to repeat that performance in the decider. They haven’t won back-t0-back Bledisloe Cup matches in Australia since 1998.

All Black coach Ian Foster has made three changes to his side, including several of his fringe players in the 23-man squad for the encounter. One man who has made an impact in the first two Tests though, wing Caleb Clarke, will again be unleashed on the Wallabies.

Clarke, the son of former All Black centre Eroni, had a huge impact in the second match – a 27-7 win for the All Blacks in Auckland. His powerful running and deceptive pace make him a handful for defences.

“We’re focused on ourselves,” Wallaby attack coach Scott Wisemantel told the media. “Look, you give Caleb Clarke the ball running forward at 100mph, he’s going to hurt you. So you just don’t give him the ball going forward at 100mph.” Easier said than done, especially if Wallaby fly half James O’Connor is inaccurate with his tactical kicking game.

Test rugby is back in full swing. Unfortunately the world champions are not a part of it. DM