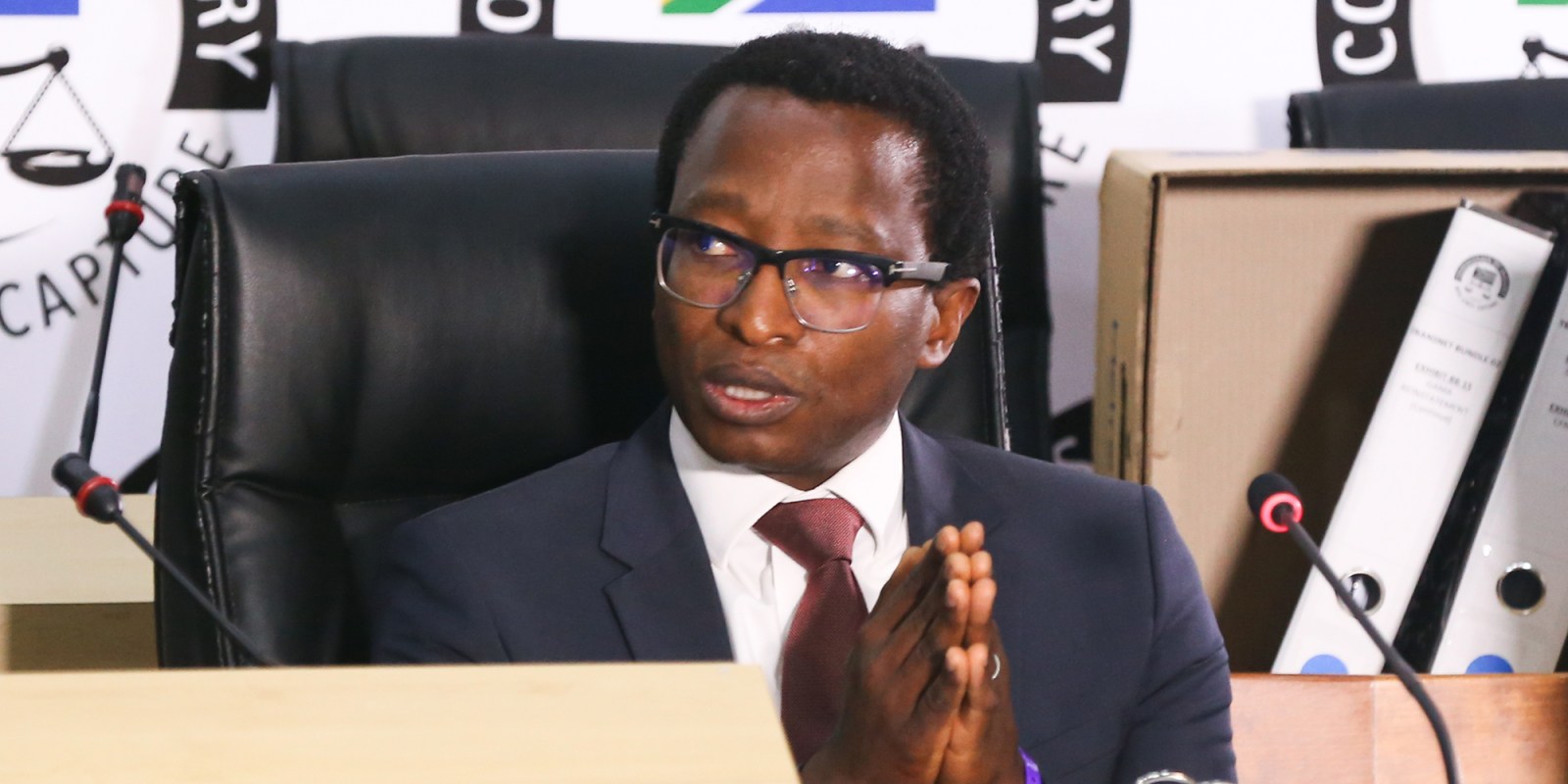 Months into his job as Malusi Gigaba’s adviser, Siyabonga Mahlangu flew to India at Rajesh ‘Tony’ Gupta’s expense. In an email, Mahlangu told Gigaba the private trip had ‘great political value’ and asked for leave. In the same email, he advised Gigaba to tell then-president Jacob Zuma and ‘key aides’ about Siyabonga Gama’s likely return to Transnet.

In early 2011, Malusi Gigaba allowed his newly appointed special adviser to holiday in India at the invitation and expense of a Gupta brother.

Siyabonga Mahlangu, then special adviser to the public enterprises minister, punted the political benefits of the trip in an email he sent from his private account to Gigaba.

In the email of Monday 18 January 2011, Mahlangu advised Gigaba to tell then president Jacob Zuma and his “key aides” about Siyabonga Gama’s all-but-certain return to Transnet.

“I do not remember the reasons I advised the minister to do so, but in hindsight I think that it was probably the public interest,” testified Mahlangu before the Zondo State Capture Commission.

“I have no knowledge whether Mr Gigaba discussed the matter with President Zuma.”

Towards the end of the email, Mahlangu raised an upcoming “private trip” overseas and asked Gigaba for leave so he could “sojourn” in India.

“Although this is a private excursion, it promises to be of great political value. I therefore suggest we take full advantage of it,” Mahlangu wrote.

Mahlangu said he was invited to holiday overseas for eight days, from Sunday 24 January to Monday 1 February 2011.

The email excluded who invited Mahlangu and his overseas destination, but told Gigaba it was of “great political value” and championed its advantage.

Three days after Mahlangu’s return from India, he sent another email about Gama from his private account to Gigaba.

In the email of Friday 4 February 2011, he told Gigaba about the possible legal and political consequences of Gama’s return to Transnet. Mahlangu offered Gigaba advice.

On Friday Mahlangu testified that “there was a lot of drama” surrounding Gama and he thought Gigaba needed to tread carefully.

“It really was a politically charged matter, and a legally complex matter,” said Mahlangu.

The board, led by chair Mafika Mkwanazi, agreed to terms including some R10-million in back pay, bonuses and legal fees for which the high court ruled Gama was liable.

Deputy Chief Justice Raymond Zondo said he had “never seen anything like this” in more than 20 years on the Bench.

A high court judge ruled Gama liable for Transnet’s legal fees after he took Transnet directors to court over his suspension in 2010.

Bizarrely, the board agreed Gama would receive the legal fees that he owed Transnet.

The board’s irrational decision to reinstate Gama in 2011 has been the topic of nearly two weeks of evidence at the State Capture Inquiry.

Mahlangu denied the claim he phoned Transnet’s then head of group legal, Siyabulela Mapoma, to put pressure on him to expedite Gama’s settlement and reinstatement.

Mahlangu testified his role was to assist Gigaba within the ministry. “I wouldn’t go three levels down at Transnet to pressure someone,” he said.

Mahlangu saw Mapoma as an older brother in a community of mutual friends from the Eastern Cape.

Mahlangu was surprised by Mapoma’s claim, and said he knew of no issue between the two of them.

In a written statement, Mahlangu exonerated Gigaba of any undue meddling in Gama’s reinstatement.

“My erstwhile principal has never instructed me to put pressure or follow up with anyone regarding the reinstatement of Mr Gama,” wrote Mahlangu.

In his first affidavit to the inquiry, Mahlangu omitted mention of his emails to Gigaba from his private account.

The acting secretary sent Mahlangu copies of the mails, and he filed a supplementary affidavit dealing with their content.

“The omission in my affidavit of 25 August 2020 was not deliberate,” insisted Mahlangu.

Advocate Anton Myburgh SC revealed that an inquiry into Mahlangu’s travels to India led to the discovery of his January 2011 email.

“Your version is that you were invited by Rajesh [‘Tony’] Gupta to attend a wedding of one of his family members and he paid for you,” said Myburgh.

“I have not prepared today to deal with that,” said Mahlangu.

“But to Mr Myburgh’s point: there was no discussion between members of the Gupta family and me about Mr Gama. Neither do I think at that time they even knew each other…”

Previous reports, based on records contained in the #GuptaLeaks, detail a prior trip to India Mahlangu undertook in December 2010.

The #GuptaLeaks include the Outlook calendar of Ashu Chawla. It records several meetings scheduled between Rajesh “Tony” Gupta and “Siya” between 2012 and 2013.

Mahlangu served as special adviser to Gigaba in the Department of Public Enterprises until 2014.

Zondo thanked and excused Mahlangu on Friday afternoon. Mahlangu will testify in future.

It is likely he will then field more pointed questions on his dealings with the Guptas.