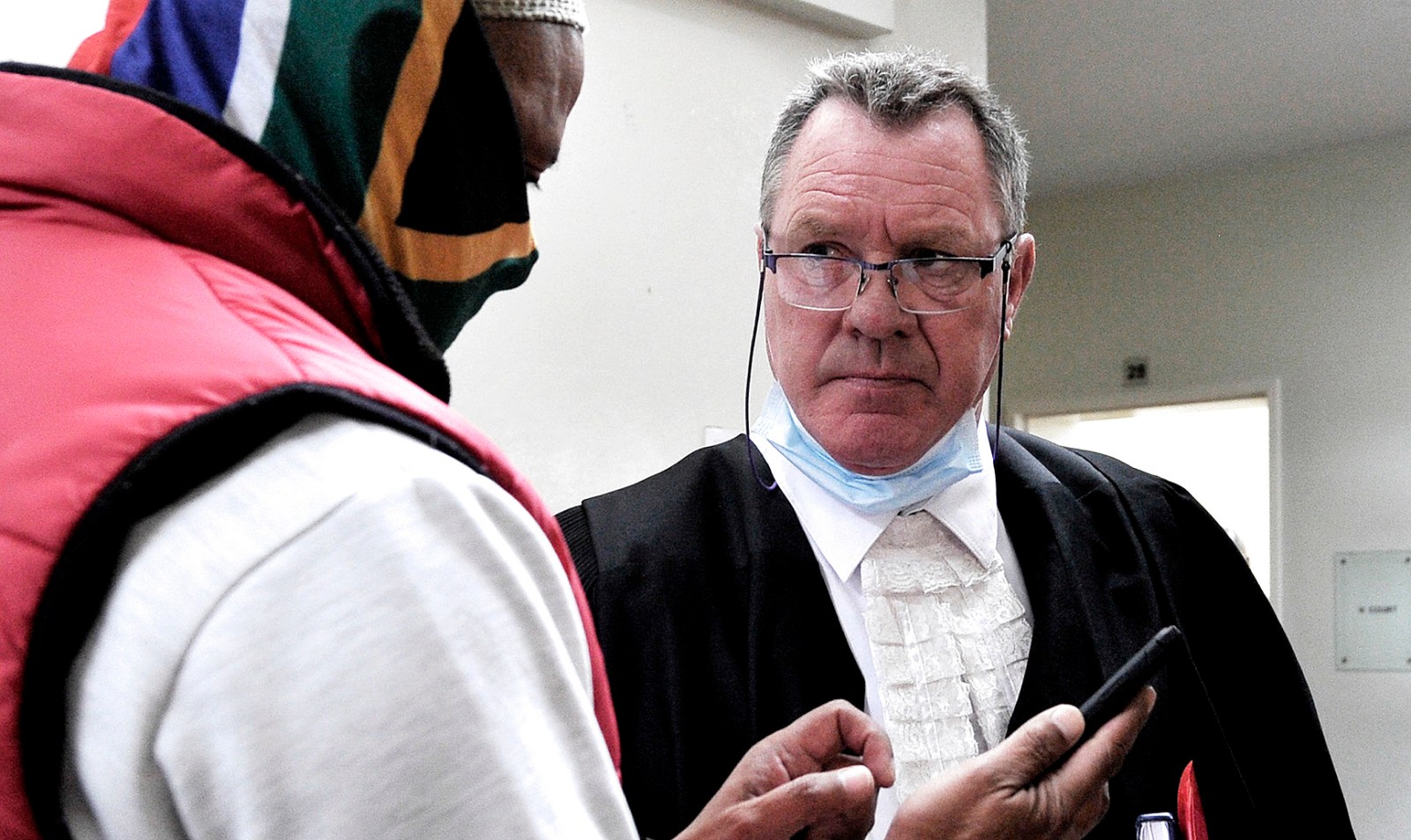 Criminal lawyers are fearful of representing murder accused Zane Killian at his trial in light of information that underworld figures and a corrupt police officer were allegedly involved in the plot that claimed the life of Anti-Gang Unit section head Lieutenant-Colonel Charl Kinnear.

Killian, a former professional rugby player, is facing a count of murder, conspiracy to commit murder and the illegal interception of communication.

It is the state’s contention that Killian “pinged” or tracked Kinnear’s phone 2,116 times, right up until Kinnear was assassinated on Friday 18 September 2020 in front of his house at 10 Gearing Road, Bishop Lavis.

The state views Killian as an integral cog in the plot that claimed Kinnear’s life. Killian was bust in Springs on 21 September and brought to Cape Town to face the charges.

“I wasn’t told when I decided to handle Killian’s bail application that he was implicated in the murder of Kinnear. I will handle his bail application set down for three days next week in the Bellville Regional Court,” Roseman said.

He would not elaborate on whether he would represent Killian in the ensuing murder trial.

The alleged involvement of underworld figures and corrupt police officers has enabled Rosemann to assess the enormity of this case and the perils he could possibly face.

It is Killian’s contention that he was approached by a jealous husband, a Mr Mohamad, to track the phone of his wife whom he accused of having multiple affairs.

Killian’s counsel during earlier appearances in the Bishop Lavis Magistrates’ Court alleged that Killian had been unaware that he had been tracking Kinnear’s phone.

However, investigations by Maverick Citizen established that payment for the tracking conducted by Killian was paid via Cash Send.

A pin was forwarded and the money was withdrawn. Killian was also allegedly introduced by a Gauteng security boss to the mysterious Mr Mohamad.

Mohamad’s identity is the missing link that would blow open the plot to kill Kinnear and help investigators to identify the rotten cops and the underworld figures behind the murder.

It could set in motion the release of evidence that might further tarnish the reputation of the South African Police Services.

On Tuesday 20 October, advocates handling criminal cases in the Western Cape High Court warned that there was no guarantee Killian’s trial would not take the same route as that of murdered Cape Town advocate Pete Mihalik.

Mihalik was killed in front of his children in a well-planned hit in October 2018 outside Reddam House school in Green Point as he was dropping them off.

In another twist in the Kinnear assassination and his 59-page affidavit containing damning allegations against members of an alleged rogue police unit, two more police officers have since come forward and made claims against corrupt senior police officers.

Vuyile Maliti, along with Sizwe Biyela and Nkosinathi Khumalo were arrested shortly after Mihalik’s killing. The trio faces charges of attempted murder and the possession of an unlicensed firearm and ammunition.

“Advocates and top criminal lawyers have taken a decision not to represent the accused in the Mihalik murder. After the three accused were denied bail in July 2019 in the Cape Town Magistrates’ Court the pre-trials to set down a date for the hearing have been postponed several times because of problems in obtaining legal representations for the accused in the Western Cape,” advocates said.

Meanwhile, Jannie Kruger, representing Maliti, received threats in November 2019 to withdraw from the matter. An unknown person who obtained his number called Kruger and told him if he loved his family he should “walk away”.

“After what happened to Kinnear I need to consider my representation in this matter. At this stage it would be best to ask someone in Cape Town to represent my client,” said Kruger.

Kruger is certainly not taking the threats he received lightly, nor the chilling message the death of Kinnear has sent out.

In another twist in the Kinnear assassination and his 59-page affidavit containing damning allegations against members of an alleged rogue police unit, two more police officers have since come forward and made claims against corrupt senior police officers.

Maverick Citizen has seen the officers’ statements (we have copies) accusing members of an alleged rogue unit in Crime Intelligence of wrongful arrest, illegally detaining officers and intimidation and corruption.

One of the officers said in his statement

“I was wrongfully arrested on 9 June 2020 by a detective on false charges of corruption and theft. I was assaulted and forced to commit perjury by giving a false statement against a fellow police officer to help them get a conviction on a case.”

The officer claimed to have been arrested while wearing full uniform and while on duty and “without a valid reason”.

“I spent 18 days in police custody. While I was in custody, a female Lieutenant-Colonel came to my cell and forced me to sign a form saying I give consent that SAPS may stop my income. The female senior officer told me that this form is only a formality and that she already submitted a form to the provincial office to stop my salary.”

However, when the arrested officer’s legal representative arrived at the court, the senior female officer didn’t arrive. The officer was released on free bail on 26 June.

Killian’s bail application has been set down for Monday and Tuesday, 26 and 27 October and Friday 30 October.

The State has indicated it will oppose bail and also exploit allegations that the documents handed in by Killian’s counsel showing he was a registered private investigator and lawfully entitled to do tracking, are not authentic. DM/MC