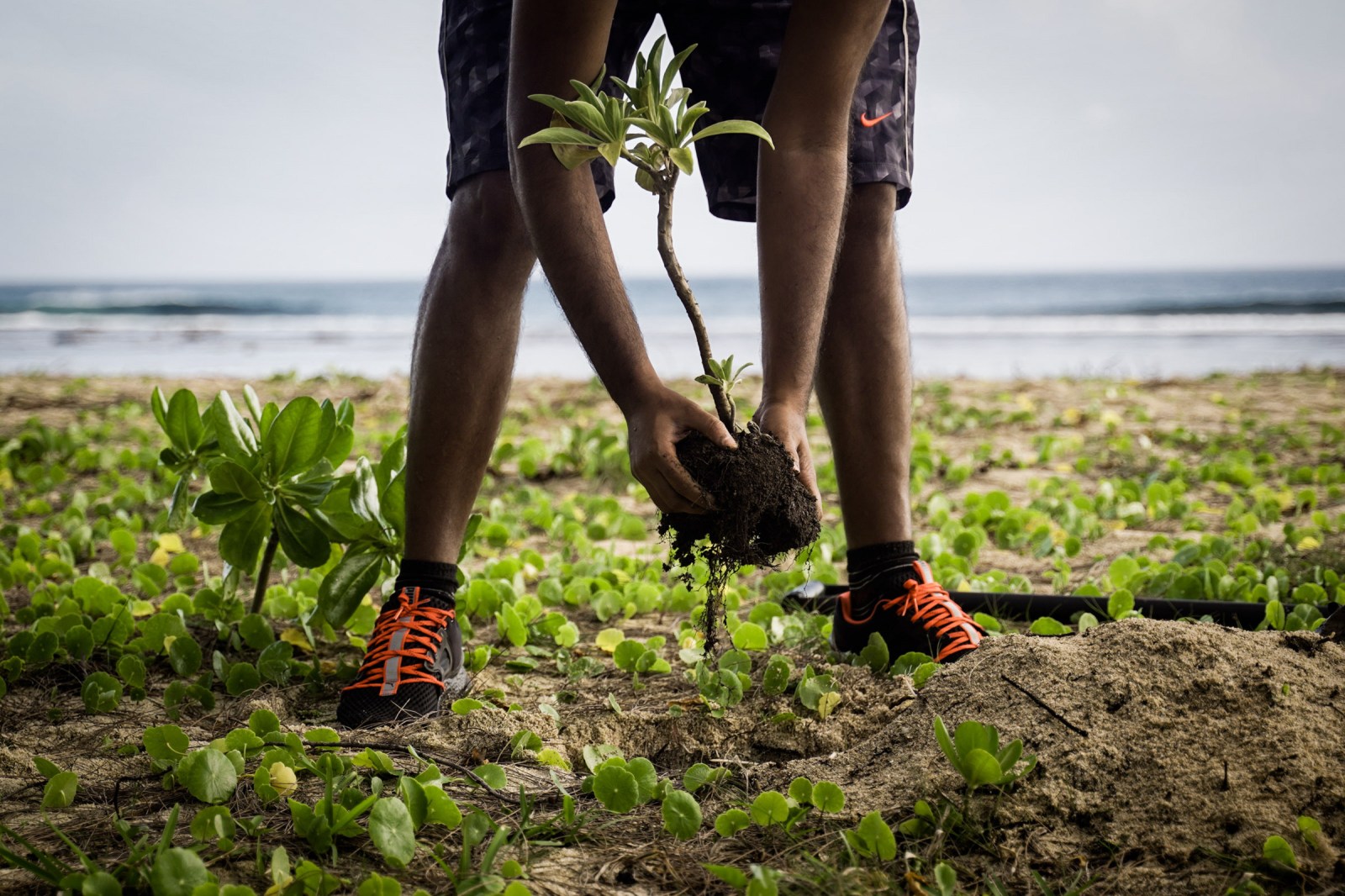 It has been 6 years since September 2014 that Aret Kokin Nu Laplaz (AKNL) 's fight began: to fight for the right of Mauritians to enjoy their coastline, to prevent the concretization and destruction of nature. Photo:Kan Chin Kin

Mauritian activists have started reclaiming a beach they believe was wrongfully deproclaimed for a massive new resort four years ago, but the South African developers are vowing that it’s going ahead. This is also despite the cancellation of the lease last August.

Should you jet into Mauritius on a package holiday, you’re more likely to take a right from the airport and head up north, where most of the tourist resorts are, than go south. Large parts of the coastline there is wilderness – and, if you’re business-minded, it is ripe for development.

That is how Mossel Bay-born arts teacher, Miranda Meyer (formerly Hartzenberg), saw it when she dreamt of building one of the island’s biggest tourist spots there. Pelangi Resort, also referred to as Sheraton St Felix, was supposed to go up on a beach that you will not find in tourist brochures. But, four years after being granted the lease, Meyer’s dream of the resort opening its doors this year seems to be ebbing away, with scores of angry investors in its wake.

In August last year then minister of housing and land use planning Purmanund Jhugroo cancelled the lease after the developers missed their third deadline for starting the project. There were reportedly issues with the environmental impact study, and apparently money was also short.

In September a group of activists calling themselves Aret Kokin Nu Laplaz (AKNL for short, which means “stop stealing our beaches”) witnessed the dismantling by the minister of housing, bolt by bolt, the corrugated iron fence that developers put up around the site while it awaited development. Volunteers set up picnic tables from upcycled cable spindles, rubbish bins and signage, and planted indigenous plants to help avoid erosion as a way, unofficially, to reclaim the beach.

“We want it to be a model of what a public beach is supposed to be,” says Yan Hookoomsing from AKNL. “It’s got such natural beauty. We don’t want it to be a public beach with music, noise, and a food court. You’ve got enough beaches like that [in Mauritius]. We want this to be preserved, with a natural feel.” There is a court case against the government’s deproclamation of the beach in 2016. AKNL argues that the minister of housing and land use planning at the time, Showkutally Soodhun, overstepped his powers and failed to consult the public.

The activists have sent a letter to the new minister, Louis Steven Obeegadoo, outlining why Pomponette should be a public beach:

AKNL registered a formal structure, mru2025, to lend administrative backbone for their environmental campaigns. Hookoomsing says AKNL started because of the way government has been privatising beaches without consulting the public. “You have this piece of coast, but there’s no fence, there’s no notice board, so you’ll be going there, and we’ve been going there for decades, and then suddenly it happens that you have a fence and a security guard  saying that this has been identified for XYZ development, and you’re no longer able to come here.”

The movement “was born from public anger against the kind of management that treated us as second class citizens in our own country”. In future developers would not “get away” with being granted land without due process, he says.

Although lockdown has prevented them visiting the island since March, and despite a report in Noseweek and Maroela Media that the Hawks, Reserve Bank and SARS are queing up to interrogate Meyer (previously known as Hartzenberg), executive director of Pelangi Resort Holdings, the developers insist the  project is going ahead.

Apart from saying she had not been interrogated by the Hawks, Meyer referred queries to her co-director, North West businessman Francois Conradie, who is reported to have sunk R50-million of his own money in the project. Conradie did not want to comment beyond confirming the resort is going ahead despite the cancellation of the lease in August. The other co-director, Mauritian national Rocky Boodhoo, did not respond to a WhatsApp message despite blue-ticking it. Obeegadoo told a parliamentary debate on 28 July 2020 that the lease agreement for Clear Ocean Hotel and Resorts Ltd was cancelled in August 2019 because of “non-compliance with the conditions of the said lease”. The site, he said, was still earmarked for hotel development.

Maroela Media reported that Meyer started looking for investors in 2014 and an estimated R100-million has been invested through a network of trusts and companies in South Africa, Seychelles and Mauritius. She sold shares to Conradie to secure funding and, reportedly without Conradie’s knowledge, obtained further funding by selling shares in the holding company for around R20-million to four Western Cape investors. About 50 smaller investors paid around R150,000 each for shares. Some were promised employment.

One investor says they complained to the Hawks two years before, and for seven months have been told a probe was progressing.

The Hawks confirmed to Maroela Media that they are looking at the case, but spokesperson Philani Nkwalase failed to react by the time of going to press, despite blue-ticking three Whatsapp messages.

Investors allege they have been defrauded and Meyer has sold the same options to more than one investornand that Phoenix Trust, which had an FNB bank account in its name, used to transfer investor funds overseas, has been stripped bare.

Meyer promised irate investors they would get their money back once she got a financier on board in November. DM168