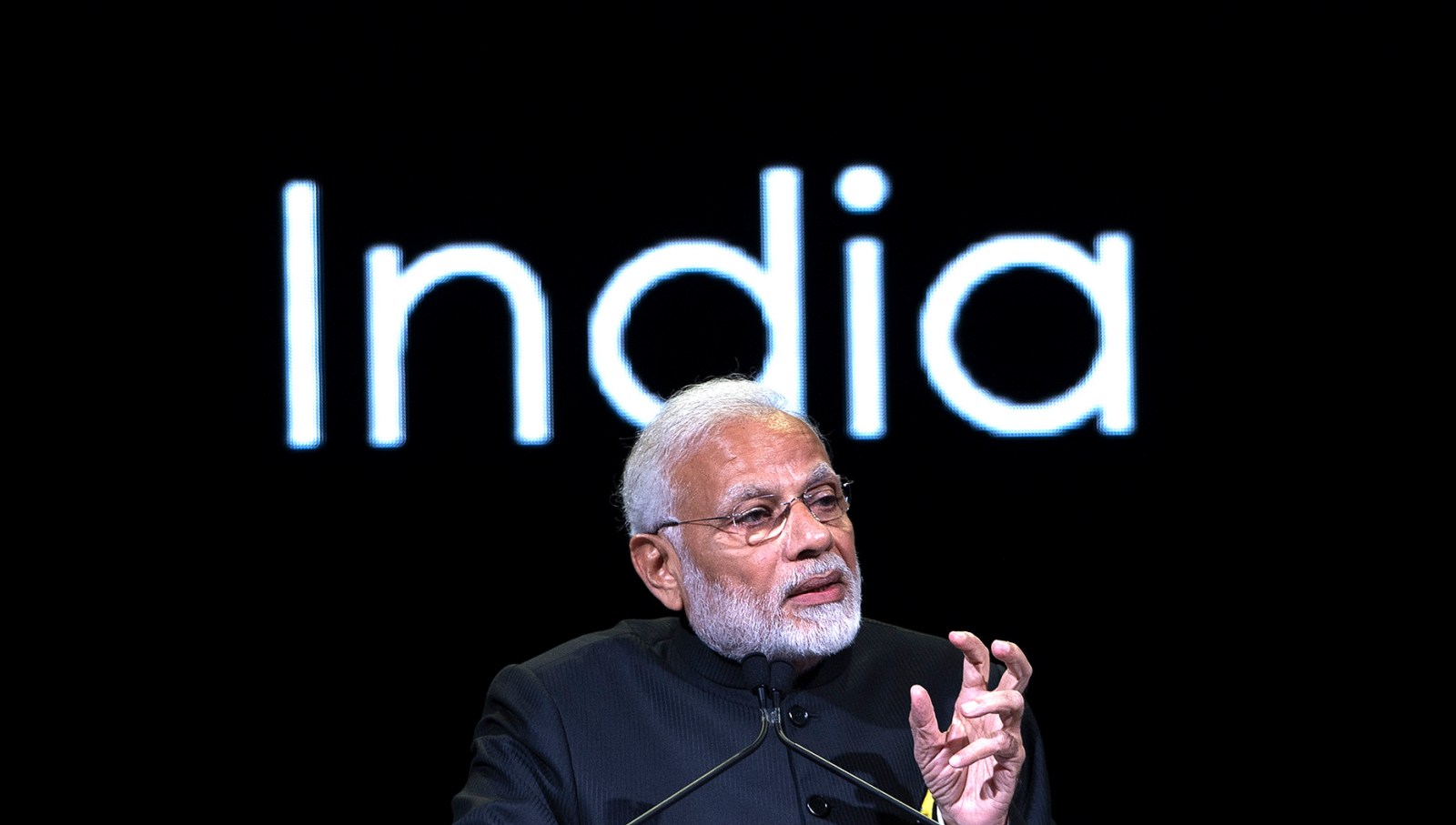 India, under Prime Minister Narendra Modi and his Bharatiya Janata Party, has taken a disturbing trajectory, veering away from the core democratic values enshrined in its secular constitution, while attempting to establish a Hindu majoritarian state. (Photo: Wei Leng Tay/Bloomberg via Getty Images)

There are times when words are more than just words – times when they are orders to exact violence against vulnerable groups.

Incendiary speech is often followed by hateful action. The history of Nazism and more recent atrocities demonstrate that pernicious stereotypes entrench themselves in a society’s psyche. Over time, hate towards specific groups becomes normalised, creating a climate where violence and abuse directed at vulnerable groups are tolerated and even celebrated.

In 1994 in Rwanda, the government’s propaganda machine disseminated radio messages to machete-wielding Hutus to “exterminate the cockroaches and snakes”, referring to the Tutsis. These radio broadcasts played a major role in the Rwandan genocide by inciting ethnic hatred. Within 100 days, approximately 800,000 Tutsis were killed.

In Myanmar, the military, posing as everyday users on Facebook and WhatsApp, spread disinformation and hate speech against the Rohingya minority. Mobs, often aided by government forces, launched violent attacks on Rohingya communities. As a result, entire villages were razed and hundreds of thousands of Rohingya were forced to flee the country in the largest forced human migration in recent history. The United Nations and other human rights groups have sounded the alarm that genocide is underway in Myanmar.

And today, India, under Prime Minister Narendra Modi and his Bharatiya Janata Party (BJP), has taken a disturbing trajectory, veering away from the core democratic values enshrined in its secular Constitution, while attempting to establish a Hindu majoritarian state.

The ruling BJP has stoked anti-Muslim flames, inciting violence and discrimination against the country’s Muslim minorities. The BJP party’s ideology is based on Hindutva, or Hindu supremacy, which espouses the same grotesque and dangerous beliefs as Nazism and white nationalism. The RSS, the paramilitary arm of the BJP, is inspired by Italian fascists and their founding leaders, and has proudly praised the pogroms of the Nazis against the Jews in Germany.

In India, top government officials shamelessly promote anti-Muslim sentiment. BJP and RSS leader, Rajeshwar Singh, has promised that “Muslims and Christians will be wiped out of India by December 31, 2021”.

‘This is the pledge taken by my colleagues. This is our pledge”.

During a VICE interview, Swamy Subarmanian, a BJP official, said he does not regard Muslims as “equals”.

During the chaos of the Covid-19 outbreak, BJP officials falsely blamed the Muslim Tablighi Jamaat for the spread. They vilified Muslims as “superspreaders”, encouraged the boycott of Muslim businesses and hawkers, refused to treat Muslims in hospitals and used hashtags like #CoronaJihad.

This anti-Muslim rhetoric has sparked mob violence against Muslims and other religious minorities. Across the country, mob violence, lynchings and forced renunciation of the Muslim faith are rife.

During the Delhi pogrom, Hindu mobs belonging to a WhatsApp group named “Kattar Hindut Ekta”, bragged about “killing Muslims” and “dumping their bodies in the sewer”. The mobs followed directives received on WhatsApp, by seeking out Muslims and demanding that they show their identification.

Nine Muslim men were assaulted and forced to renounce their religion by chanting “Jai Shri Ram” (Glory to Lord Rama). The men were then bludgeoned to death. Six of the bodies were found in the sewer.

In August, in the town of Panitat, an extremist Hindu mob amputated Akhlaq Salmani’s hand with a chainsaw, after they identified him as a Muslim from a symbol on his arm.

In another horrific incident of human rights abuse and police brutality, two young Muslim men, Abdurrahman and Bilal, aged 18 and 20 years old, were arrested on fabricated charges of assault on an RSS worker. They were viciously lashed and tortured by having their arms, thighs and genitals burned. They were told, “Now you will not be able to give birth to any more Muslims.”

Sordid hate crimes such as these are indicative of how the current Indian government demonises and dehumanises Muslims, and how Hindu extremist mobs take their cue from the BJP.

India’s anti-Muslim rhetoric is buttressed by anti-Muslim policies and legislation. The Citizenship Amendment Act (CAA), for example, fast-tracks citizenship for minorities from neighboring countries, but explicitly excludes Muslims. The CAA violates the right to equality enshrined in India’s constitution, as it essentially makes religion a criterion for citizenship, through discrimination in the naturalisation process.

Accompanying the CAA is the adoption of the National Register of Citizens (NRC), an attempt to draw up a register of Indian citizens. Nearly two million people, who were unable to produce the requested documents, have been rendered stateless in Assam where the NRC exercise was concluded last year.

The BJP turned the registry into a predominantly anti-Muslim exercise, with the overwhelming majority of the two million residents of Assam, who were stripped of their citizenship, being Muslim.

There are now six detention centers holding mostly Indian Bengalis. The combination of the CAA and NRC is paving the way to disenfranchise the Muslim minority community in India. Experts warn that the CAA, coupled with the proposed NRC, violates international law, specifically the prohibition on rendering people stateless.

The Indian government has also unilaterally abrogated Article 370, thereby stripping Kashmir, an occupied and internationally disputed region, of its semi-autonomous status. India has since instituted a military lockdown and communication blackout in Kashmir.

In late March, while India was under a coronavirus lockdown, the BJP government redefined domicile rules for Kashmir. This made it easier for non-Kashmiris to obtain permanent residency and jobs in the region. The demographics of the Muslim-majority region is currently changing as a result of the law.

In 1996, human rights activist, Gregory Stanton authored a briefing paper called the “Eight Stages of Genocide” (available here) which demonstrates that genocide occurs in predictable, but still preventable stages. From the classification of Muslims and other religious minorities as an “other”, to the use of hate speech and propaganda against Muslims, to the organisation of mob militias and military units deployed against Muslims, and policy and legislation that entrenches anti-Muslim laws, it is clear that the stages of genocide have begun in India.

There are times when words are more than just words – they are marching orders to exact violence against vulnerable groups. If we learned anything from Rwanda, Myanmar and Nazi Germany, it is that we cannot turn a blind eye to the malevolent language and incendiary acts of India’s governing party. For these reasons, the US Commission on International Religious Freedoms (USCIRF) in its annual report recommended  that India be listed as a country of particular concern (CPC), stating that:

“The national government allowed violence against minorities and houses of worship to continue with impunity, and also engaged in and tolerated hate speech and incitement to violence.”

Under international law, freedom of speech does not mean the freedom to denigrate and perpetuate destructive messages or stereotypes against minorities or vulnerable groups.

Muslims in India are in a cauldron on a blazing fire.

The international community must take action to hold India accountable for its incendiary rhetoric and take punitive actions if it continues its ethnic cleansing programme. DM/MC

This is the second in an ongoing series of articles about the crisis of democracy and the rise of fascism in India. Farhana Kara Motala is a human rights activist and advocacy specialist. She works for Justice for All on various human rights campaigns, including the Save India Campaign.