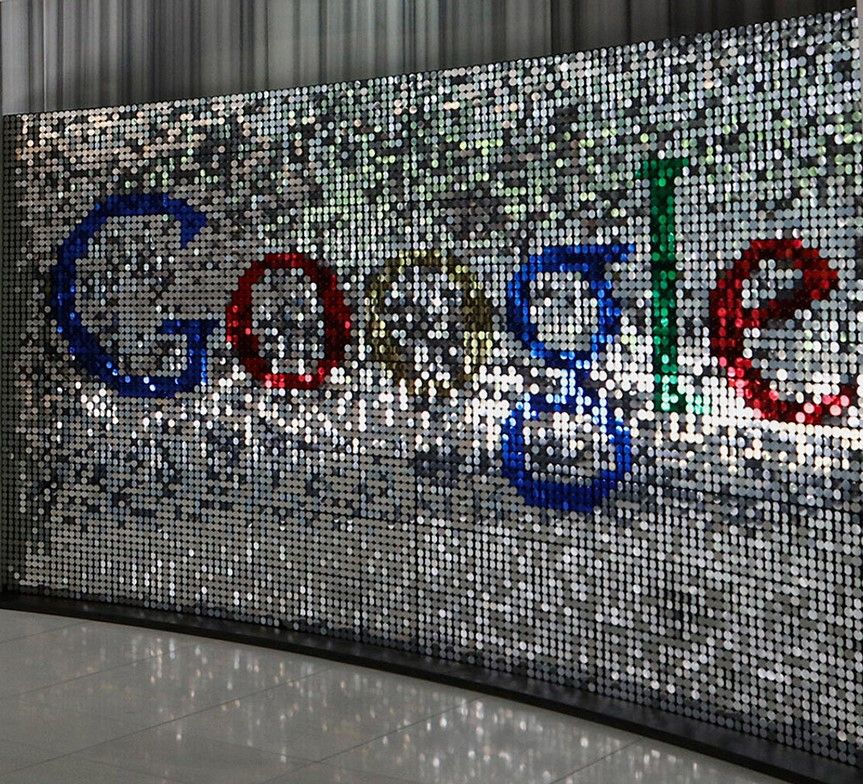 Google’s logo inside its UK headquarters at Six St Pancras Square in London.

Investors have been predicting the end of the tech bubble for years. Recent wobbles have revived that fear.

Investors’ decade-long love affair with large-cap tech stocks was still going strong in June when the Nasdaq reached dizzying heights propelled by a handful of familiar consumer-facing tech companies that have come to dominate the digital landscape, even more so during this pandemic.

However, fears that the tech sector was entering bubble territory introduced a degree of volatility as investors started to over-react to every small event in the news cycle.

Then in early September, the index fell, prompting the “I told you so-ers” to announce that the fortunes of high-performing tech companies like Apple, Amazon and Microsoft were finally about to change.

Yet the index has rebounded somewhat, ironically increasing investor concern. What does this mean? Is this time to get out or get in? Is a repeat of the tech crash of 2000 about to happen?

Speaking at a recent Morningstar Investment Conference, Ninety One portfolio manager Clyde Rossouw reassured investors that the environment and tech companies of 2020 are profoundly different from that of 2000.

For one, the market has matured. Over the past 20 years, the Nasdaq 100 index has become a proxy for global technology stocks, with the exception of some Asian companies. It has grown at 14% per annum, versus 6% for the broader market.

But underpinning this growth in share price performance is underlying earnings performance and profit growth, he says. These are not start-up companies selling an idea, as they were 20 years ago, these are mature companies with a track record of good performance.

Also, leading up to the dot.com bubble, investors were willing to pay more than twice the multiple for the tech sector relative to the rest of the market, says Victor Mupunga, research analyst at Old Mutual Wealth Private Client Securities.

“Today, we are nowhere near those levels. This is not to say the tech sector is cheap, but rather to say that the comparison to 1999 is off the mark.”

The companies themselves have changed. Typically, the class of 1999 was selling technology to corporate customers, and their fortunes were at the mercy of the capital expenditure cycle, which just happened to be peaking after a long run. Today’s crop of leaders are typically household names, providing consumers with products and services which in many cases have become virtually indispensable.

“Not only that, but many of them have carved out very dominant market shares,” adds Ben Preston, a director of Allan Gray Orbis.

A look at the largely ungeared balance sheets of many of the established tech giants reasserts their might. Microsoft, for example, has cash on the balance sheet of close to $140-billion.

“To put that into perspective, that was enough to buy the top three car manufacturers in Germany — Daimler, BMW and Volkswagen — without adding any additional debt on their balance sheet, which is quite remarkable,” says Mupunga.

The make-up of the S&P 500 index also reflects the changing role of tech companies in society. In 1999, the tech sector contributed just 10% of the S&P 500’s earnings. Today, that number is sitting at more than 25%.

With the change in consumer behaviour seen as a result of Covid-19, this number could grow even further over the coming years.

The one risk that all the experts flag is regulation.

“The risk of increased regulation is not new to tech companies, but the push-back from regulators and users is slowly gaining traction,” says Rossouw.

There are several antitrust investigations in process and earlier in 2020, there was some concerted effort by a number of advertisers to boycott Facebook and YouTube due to the content on their platforms, although the boycotts did not last for long.

While increased regulation is imminent, what remains unknown is the timing and exact nature that the regulation will take.

“It is not a certainty that regulation will result in a lot of increased competition in the tech sector. In many instances, regulation favours incumbents and keeps out new entrants who are in weaker financial positions,” says Mupunga.

With that in mind, it may be worth considering the many lessons in history. While today’s tech companies are good companies with strong future prospects, history can be a useful teacher.

The decade of the 1960s was an era of unprecedented growth and stability. All one had to do to make money was invest. Particular favourites were the Nifty Fifty — 50 stocks whose names read like the Who’s Who of corporate America in this era: Coca-Cola, Walt Disney, IBM, Philip Morris, McDonald’s, Procter & Gamble, the list goes on.

These were one-rule stocks — and that was to buy them at any price.

Until that rule didn’t hold any longer.

If you bought and held Coca-Cola or McDonald’s (or any other Nifty Fifty stock) in 1972, you would have experienced a painful decade of no returns. In fact, at times you were down 50% or more. Coca-Cola was as great a company in 1974 as it was in 1972, but the stock was down 50% from its high. It wasn’t until the early 1980s before Nifty Fifty stockholders who bought at the top broke even.

“What the Nifty Fifty showed us — that a company’s greatness and past growth are not enough — is still true. Starting valuation — what you actually pay for a business — has always mattered and still does,” says Preston.

That said, the tech boom has been driven by just a handful of companies and there are opportunities outside these for investors who like the technology environment.

Two examples are US video game company Electronic Arts and Chinese internet company NetEase, both of which will benefit from robust growth in the gaming and internet environment. And of course, South Africa’s own Naspers remains attractive to many investors — discount or not. BM/DM