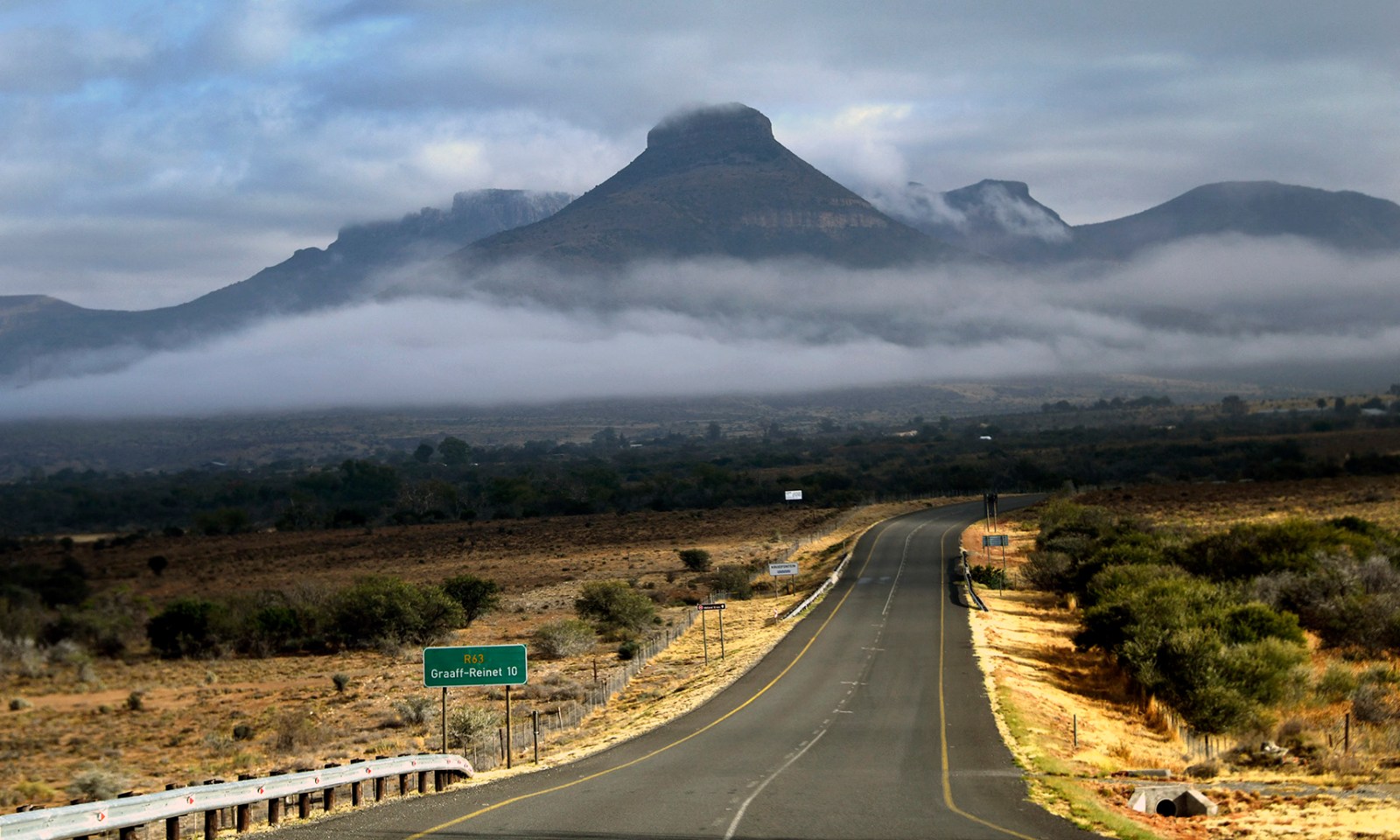 The road to Graaff-Reinet in the Eastern Cape. (Photo: Theo Jephta)

Thousands of residents in Graaff-Reinet have signed a petition against rates and salary increases for councillors in the new financial year. Residents are battling to have unresolved service delivery issues addressed while the municipality refuses to engage with community organisations. A presentation to Parliament said the municipality is running at a loss of R70m and has outstanding Eskom debt of more than R125m.

With unhappiness over a lack of services growing, several community organisations and more than 3,000 residents of Graaff-Reinet have registered their objections to rates increases of 6% and municipal salary increases of 6.25% in the Dr Beyers Naudé Local Municipality.

On Wednesday, the Graaff-Reinet Action Committee declared a dispute with the municipality, saying grievances over electricity and water meters, rates accounts, the maintenance of roads, the provision of sanitation, waste management, the provision of water and job creation had not been addressed to its satisfaction.

On Thursday 30 September the municipality issued a notice that electricity meters would be disconnected or restricted if residents had unpaid debt or no arrangements to cover their rates bills. The municipality owes Eskom more than R125-million.

Community leader Sias Smith said their concerns were first raised in March 2020. He said they were seeking an urgent meeting with the mayor to discuss what Smith called “improper” increases in rates and taxes and the mayor’s refusal to accept their petition. Smith said they would seek legal advice.

The Eastern Cape provincial government lost a drawn-out legal battle with the Makhanda community earlier in 2020 when activists asked for the municipal council to be dissolved over an “unconstitutional lack of service delivery.” A similar matter involving residents from Komani was settled out of court on condition that a financial recovery plan to improve service delivery in the Enoch Mgijima Municipality was implemented.

Peter Moseley, an accountant who reviewed the Dr Beyers Naudé Local Municipality’s annual financial statements for the year ending 30 June 2019, said he was shocked to discover that the municipality was running at a loss of R101-million. In a recent presentation to Parliament, the municipality admitted in August that they were running at a deficit of R70-million.

Moseley, a member of the Graaff-Reinet Residents and Ratepayers Association said it was worrying that employee-related costs had risen by 15.3% over the 2018/2019 financial year to R159-million.

“In spite of the substantial increase in employee costs the services of sub-contractors have also risen by 153% to R15-million,” said Mosely.

He said debt impairment had risen by 268% to R37-million:

“This suggests a complete collapse in the credit control function at the municipality.”

“Training costs have increased to R1.01-million from R337,000 in the previous year. While staff training is to be encouraged, it does not seem that any financial benefit has been achieved from this increase in the current year. In addition, the Auditor-General’s damning disclaimer report certainly does not indicate any improvement in staff skills or capabilities,” said Mosely.

In a letter written by association secretary Liz Buisman to the Eastern Cape MEC for Cooperative Governance and Traditional Affairs, Xolile Nqatha, she said that community organisations in Graaff-Reinet regarded the budget for the new financial year (2020/2021) as illegal.

“Council meetings to approve the budget were held on 29 and 30 June. The Mayor pronounced both legal, but then another meeting was held on 13 July for which special intervention of the MEC and National Treasury was mandatory,” she wrote.

The Auditor-General also found that millions of rands were spent on medical aid for retired employees who could not be traced.

Residents were given from 2 to 22 June to comment on the draft budget, she said.

“Ninety-one letters were received — an unprecedented number. They were mostly not acknowledged or answered which shows non-compliance with the budgetary process. Residents complained about poor communication, lack of water, sewage leaks into the Sundays River and the Nqweba Dam, failing infrastructure, appalling refuse management and chaos at landfill sites.”

The Democratic Alliance’s Vicky Knoetze said that after they had asked for Nqatha’s intervention after two illegal attempts to pass the budget, it had been passed on the third attempt. She said the first time the council tried to pass the budget, councillors from the DA were told that funds allocated to their wards would be diverted to ANC-led wards if they did not vote to pass the budget.

The Dr Beyers Naudé Local Municipality did not respond to a request for comment.

In August 2020, a report was presented to Parliament to indicate progress with issues over municipal finances that had been raised by the Auditor-General.

These included auditors pointing out that money management controls within the municipality were not adequately implemented and a suggestion that a separate bank account be opened for grant funding.

The Auditor-General also found that application forms and supporting documents for indigent debtors were not found. Smith said this had been raised in March as several residents whose only income came from grants had received huge rates bills.

“They were never told that their indigent subsidies must be renewed,” the report said.

According to the report, they found a “lack of proper document management and filing to ensure that information is readily available when requested by the auditors”.

In its response, the municipality said the issue had been resolved and could have been dealt with earlier “if it was not submitted late. Application forms were found, but late. However we are discussing ways to ensure that our documentation is easily found,” the response reads.

The Auditor-General also found that millions of rands were spent on medical aid for retired employees who could not be traced.

“Duplicate employees were noted. Employees were on the list that were not eligible for benefits,” the report read. The municipality has confirmed that this issue has been addressed. MC