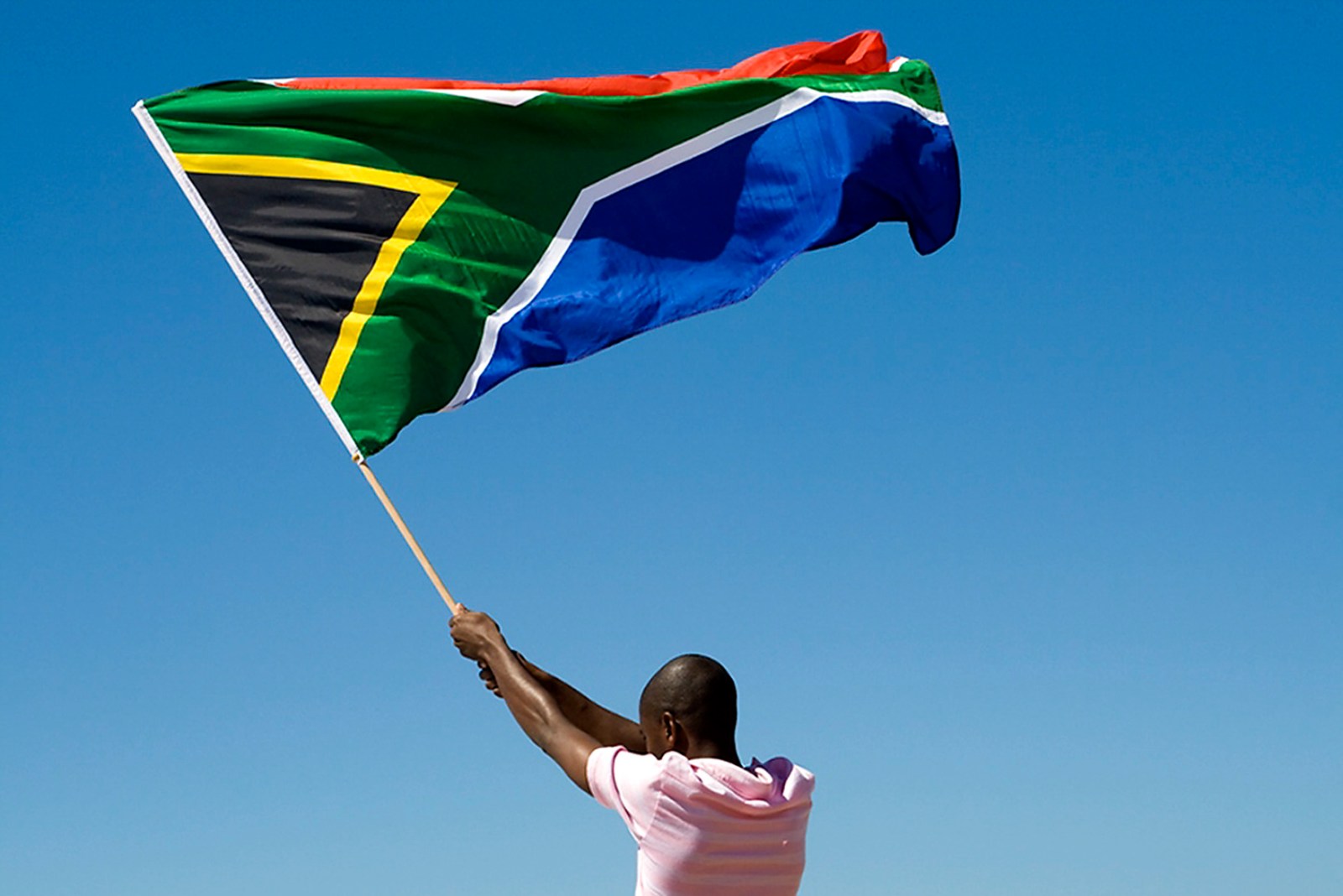 It beggars belief that decisions affecting the control over the mining of minerals worth billions of rands, which profoundly affect the lives and livelihoods of millions of people living in rural areas, have been reached without any test of public opinion, says the writer. (Photo: businesslive.co.za / Wikipedia)

The undemocratic and ahistorical approach to settling succession disputes has allowed richly resourced mining interests to enter into alliances with contenders for high office to secure access to mineral-rich land without consulting the people living on the land.

The state has on occasion proclaimed that the institution should be transformed to be in harmony with the Constitution and the Bill of Rights.

However,  many of its actions have in practice had the reverse effect. They have further eroded the democratic elements within chieftainship that had already been profoundly undermined by colonial control. As a result, millions of South Africans who live under the system of traditional leadership have significantly diminished rights, and the political and legal dualism that underpinned apartheid, endures.

One conspicuous example of the failure to institute reform has been the manner in which the state and the courts have handled chiefly succession.

Conflicts over the legitimacy of particular traditional leaders are a corrosive part of everyday life in rural South Africa. Newspaper reports and court records provide glimpses of disputes about chiefly succession and the relative status of different polities. But their sporadic coverage obscures the scale of these disputes. Since 2004 at least 1,322 such disputes have been lodged – more than the number of officially recognised traditional councils, which is fewer than 900.

The intensity of these disputes varies enormously, but they often hamper decision-making, result in sections of communities being denied access to key resources, derail development initiatives and lead to violence and the destruction of life and property. Contests can drag on for years and span generations.

Furthermore, since 1994 there has been a mining boom in precious metals in the former homelands. These areas, still populated by many of the poorest South Africans, are now the source of fabulous wealth for a few.

The fact that traditional leaders have come to play a central role in the allocation of mining rights and in distributing mining royalties to communities, has fed into widespread patterns of corruption and dispossession. It has also meant that the outcome of succession disputes is of profound concern to companies and individuals, who may have billions of rands riding on the result. This has fed into festering disputes, litigation and conflict.

One argument supporting the current dysfunctional forms of chiefly succession is that these are rooted in customary law and practice, and their continuation shows respect for African custom.

But the processes at present bear a vanishingly small relationship to the ways in which succession was resolved prior to colonial conquest. It was colonial administrations that introduced the inflexible, top-down and rule-based approach that surprisingly still prevails in post-apartheid South Africa. It limits popular participation and ensures that recourse to the courts has become commonplace.

There is overwhelming evidence that in African societies prior to colonial conquest, while rules played a part in determining who succeeded, an equally if not more important factor was the extent to which contenders were able to muster popular support and, if necessary, were able to command superior military forces as a result.

There are numerous examples of the most genealogically senior contender being defeated by a more junior rival. Some of South Africa’s best known and most celebrated leaders such as Tshawe, Thulare and Shaka rose to power in spite of the formal rules of succession. They became rulers because they commanded popular and military support. It was also commonplace for unpopular and incompetent leaders to be removed from office irrespective of their seniority.

More broadly in sub-Saharan Africa, there was a tendency for the rules of succession to create an arena of contestation rather than specifying who the winner should be.

While a strong competition for office could bring periods of instability, it protected ordinary people against the greater danger of incompetent individuals securing and retaining power.

In South Africa, by contrast, the government is seeking to enhance the powers of chiefs at the same time as supporting the application of inflexible rules of succession. More power with no mechanisms to prevent incompetents from assuming office does not bode well for the future of local government in large parts of the country.

The recognition that traditional leadership was co-opted and manipulated in the apartheid era led to the establishment of the Commission on Traditional Leadership Disputes and Claims, also known as the Nhlapo Commission.

Unfortunately, many of the commissioners held the belief that a correct application of “customary rules” would correct the distortions created by colonial control. The commission also sought to categorise rulers in terms of profoundly colonial and Eurocentric concepts of levels of leadership, Professor Jeff Peires noted after his departure from the commission. A minority of members who were critical of this approach resigned.

By subordinating all other aspects of traditional governance to the hereditary principle, the commission entirely negates the more democratic dimensions of customary law and legitimises its despotic tendencies.

How the courts interpret the Constitution

Groups dissatisfied with the procedures and decisions of the commission have turned to the courts. However, the courts have also shown little concern for the democratising mandate provided by the Constitution, and endorsed an approach rooted in colonial and authoritarian reconstructions of customary law.

It beggars belief that decisions affecting the control over the mining of minerals worth billions of rands, which profoundly affect the lives and livelihoods of millions of people, were reached without any test of public opinion. And what’s more, with no consideration given to a well-documented process of resolving succession disputes stretching back 200 years.

During apartheid there were attempts by popular-based movements, such as the Sekhukhuneland and Pondo revolts, to embed chiefs in accountable structures and to ensure that chiefs represented the views of their subjects. These initiatives were crushed at the time, but they can provide telling insights into how democracy can be built from below.

Today the ANC, intent on cosying up to the chiefs, is willing to ignore the objectives of these and other movements which played a critical part in the struggle against apartheid.

The undemocratic and ahistorical approach to settling succession disputes has also allowed richly resourced mining interests to enter into alliances with contenders for high office to secure access to mineral-rich land without consulting the people living on the land. A rule-determined process allows those with deep pockets to trump the interests and concerns of the majority of residents on the land.

The recent replacement of the longstanding acting Pedi paramount chief  KK Sekhukhune by Rhyne Thulare, who secured the backing of Mathews Phosa and Bauba Platinum, is a case in point. As a result, there are now two rulers in the area. KK, who probably commands a clear majority of support in the region, and Rhyne, who is recognised by the state and supported by business interests.

It beggars belief that decisions affecting the control over the mining of minerals worth billions of rands, which profoundly affect the lives and livelihoods of millions of people, were reached without any test of public opinion. And what’s more, with no consideration given to a well-documented process of resolving succession disputes stretching back 200 years.

There are, however, glimmers of hope in this rather gloomy picture. For example, the long struggle to retain a system of elected headmanship in the Cala reserve in the Eastern Cape was endorsed by a judgment of the Full Bench of the High Court in 2015 (read the judgment here). It pronounced that the election of headmen:

“… is a reasonable practice in that it is not in conflict with legislation or the Constitution. Indeed, it is a practice that is consonant with the value of democratic governance… [And] is also consistent with the various fundamental rights such as… the right to make political choices.”

This judgment provides some hope that the courts will play a more progressive role in relation to issues of succession in future. In the context of celebrating 25 years of our Constitution, it is surely time to revisit its underlying principles and imperatives in relation to traditional leadership.

High on the agenda should be rethinking the process and criteria for identifying successors to chiefly office. This reconsideration can only be done effectively in the context of wider debate about democracy, constitutionalism, traditional leadership and the potential wellsprings of living customary law.

Its conclusion should be to ensure that millions of South Africans living in rural areas are no longer denied equal rights. DM/MC

Peter Delius is Professor Emeritus at Wits University and has published widely on issues related to rural transformation. He has also participated in a  range of development initiatives.

A much longer and footnoted version of this paper will be published in a special issue of the Journal of Southern African Studies in early 2021.