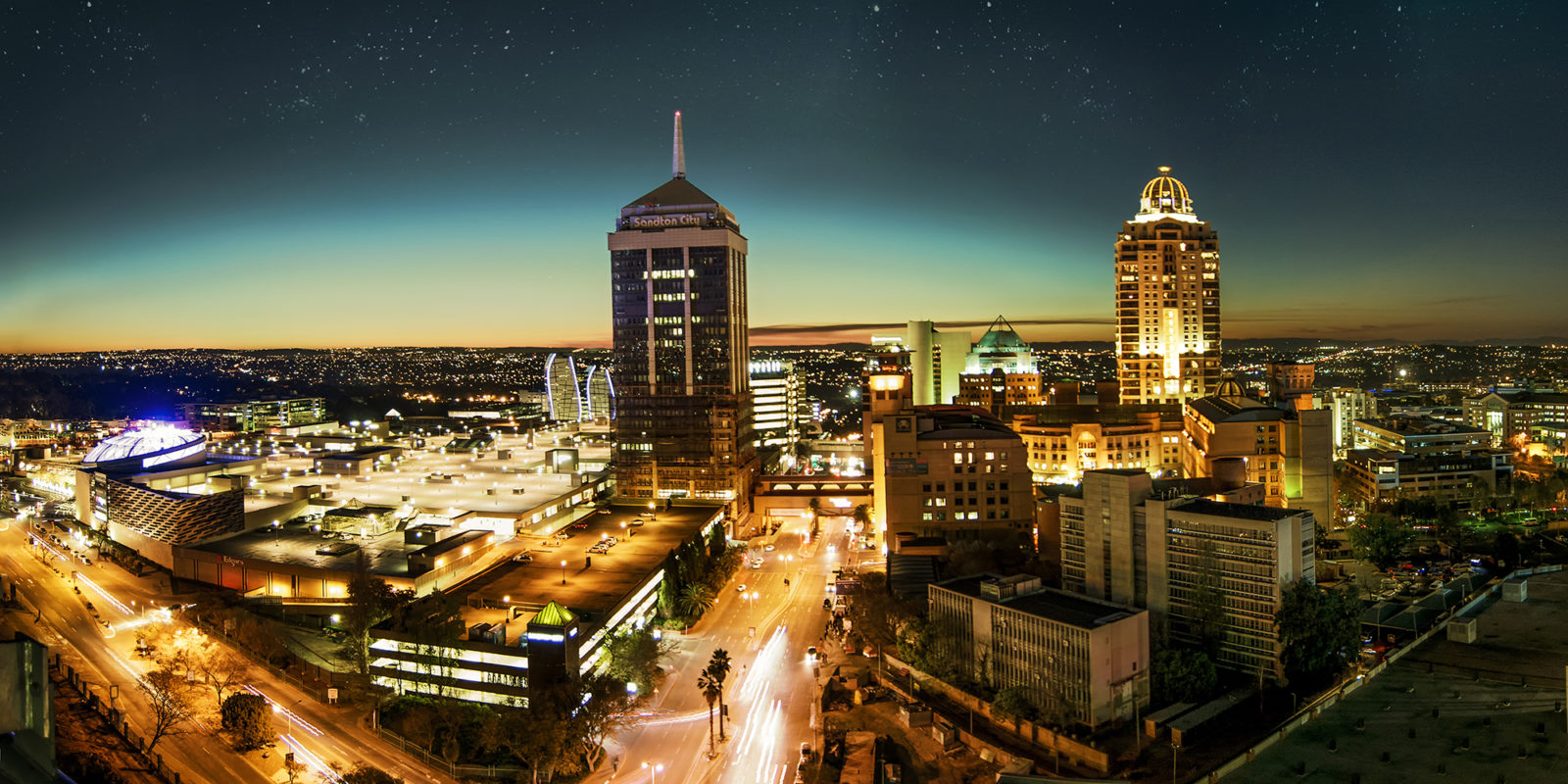 The SA Reit Association has refused to sacrifice bonus payments to executives and board members. (Photo: Flickr / Clayton Van Wyk)

The sector has money to pay bonuses to executive directors, but can’t pay dividends to shareholders during the Covid-19 pandemic. Instead, companies want to defer the payment of dividends to a later stage, or to pay limited or no dividends at all to shore up their balance sheets.

It seems that executives and board members in SA’s real estate sector are not prepared to shave their bonuses in solidarity with shareholders during an economic crisis unlike any seen for a century.

The economic fallout of the pandemic has been brutal: company profits are falling, and workers are being downsized in unprecedented numbers.

In this environment, it is arguably prudent and morally required for executive pay, which is already high in a country with worrying levels of unemployment and inequality, to be cut, or increases to be frozen.

But not so for the executives and board members of real estate companies that are listed on the JSE. Real estate companies have not been spared from the Covid-19 pain and they have seen their profits substantially reduced, pushing them to temporarily suspend dividend payments to shareholders to shore up balance sheets.

Real estate companies or real estate investment trusts (Reits) own and lease office, retail, and warehouse space to tenants, and mainly generate their income from rental payments. Since the start of the hard lockdown in March, some tenants of Reits – mainly restaurants and clothing retailers – were not allowed to trade by the government, affecting their ability to meet rental payments. This, in turn, had a negative impact on the rental income of Reits, prompting them to defer interim dividend payments to shareholders to a later stage or withhold tax owed to the South African Revenue Service (SARS).

Reits are required by law to pay at least 75% of their income as dividends to investors within four months of their financial year-end period. Companies that don’t comply with this requirement stand to lose their Reit status, and associated tax benefits, such as the dividends declared being taxed in the hands of investors, not the companies.

Reits wanted financial help to survive the pandemic. Through their industry body, the SA Reit Association, Reits asked the JSE and Financial Sector Conduct Authority (FSCA) permission to defer the payment of dividends to a later stage, or to pay limited or no dividends.

The JSE and FSCA have allowed Reits – with financial year-ends from February to September 2020 – to postpone the payment of dividends for two months. Business Maverick understands that the SA Reit Association further asked the JSE and FSCA for a longer period to postpone dividend payments. But both institutions would only consider this request if the SA Reit Association and its member companies committed to sacrifice bonus payments to executives and board members for at least two months.

This didn’t go down well with the SA Reit Association. In a statement, the JSE said: “Unfortunately, [an] agreement could not be reached on this [bonus sacrifice] request and the FSCA has accordingly advised that they are not in a position to consent to the request put to them by the JSE.”

In other words, Business Maverick understands, the SA Reit Association has refused to sacrifice bonus payments. Put differently again, the sector has money to pay bonuses to mainly executive directors but doesn’t have money to pay dividends to shareholders.  The sector has paid about R48-million in bonuses to company executives for periods that include the Covid-19 related lockdown (see below). But not all companies in the sector have published results that reflect the lockdown period. 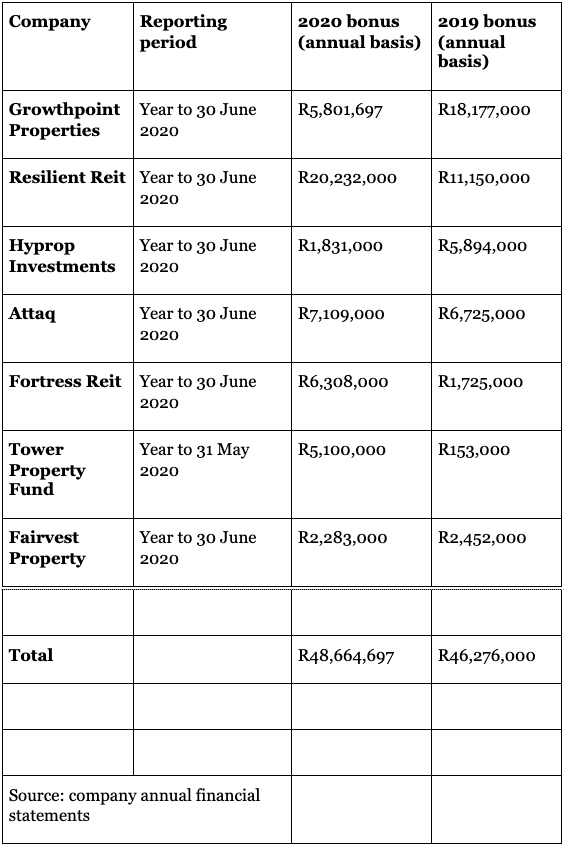 The JSE said the bonus sacrifice would “align with the impact on investors” for not receiving regular dividend payments.

SA Reit responds, but not really

When the SA Reit Association CEO, Joanne Solomon, was asked for comment, she released a statement saying the association would not publicly respond to the JSE’s statement.

“…But [the association] undertakes to advise all our members of the regulatory threshold for dividends declared of 75% of taxable earnings per annum. Members will be encouraged to ensure that they meet this regulatory requirement.

“Given the complexity of the various Reits governance structures which deal with executive and board remuneration like the remuneration committee, specific employment contracts with executives, shareholder approved remuneration policies and other relevant policies, it would not be possible for SA Reit [Association] to achieve consensus with all the member companies on this matter to meet the FSCA’s expectations.” DM/BM

Somkhele: Time to phase out the destruction by mining in KwaZulu-Natal and turn to job creation