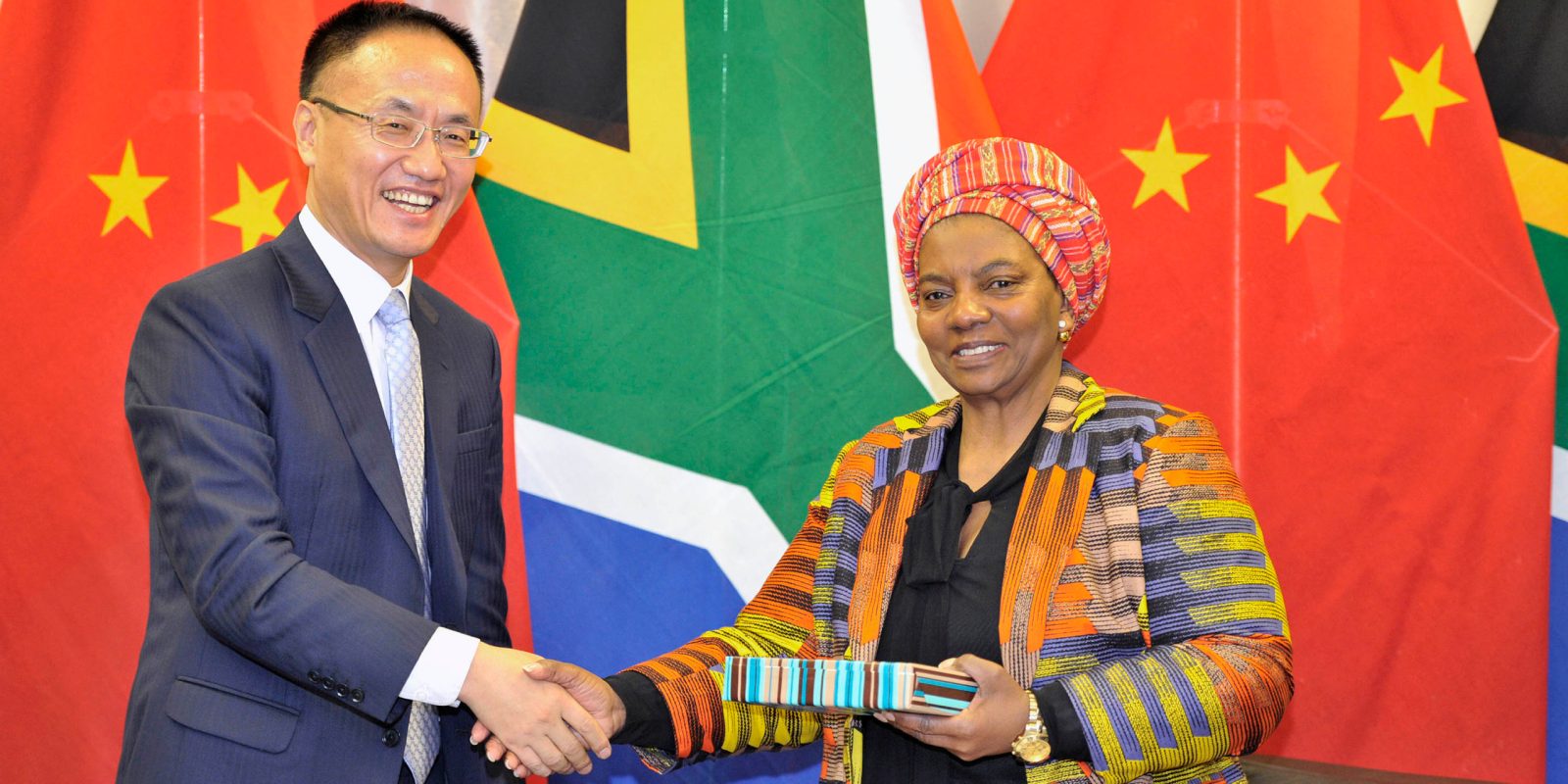 China’s sixth ambassador to South Africa, Chen Xiaodong, is a heavy hitter with a continental outlook who aims to strengthen the ‘comrades plus brothers’ bond between the two countries.

There was no prior announcement by the Chinese embassy in Pretoria about the arrival of its new ambassador-designate and former assistant foreign minister in charge of African affairs, Chen Xiaodong, on Wednesday night.

Due to Covid-19 regulations, Chen has to self-isolate for two weeks before he can commit to any kind of date to present his credentials to President Cyril Ramaphosa. He succeeds the outspoken Lin Songtian, who left in April, at the start of South Africa’s Covid-19 lockdown, to become president of the Chinese People’s Association for Friendship with Foreign Countries in Beijing. In spite of diplomatic protocol, Lin was at times critical of the South African government’s mismanagement of state-owned enterprises, especially Eskom.

Chen isn’t a stranger to the country.

“I have visited South Africa many times before, and was deeply impressed by its unique and magnificent natural scenery, colourful and pluralistic cultures, and the warm and friendly people,” he said.

“China and South Africa have forged a special bond of ‘comrades plus brothers’ and our friendship has emerged stronger from our joint fight against imperialism, colonialism and racism, and from our pursuit of common development through solidarity and win-win cooperation.”

He said China and South Africa’s diplomatic ties have, over the past 22 years, progressed from partnership to a comprehensive strategic partnership.

“China and South Africa enjoy profound political mutual trust as we always support each other on issues concerning our core interests and major concerns, maintain close coordination in international affairs, and join hands to safeguard the common interests of China, South Africa and other developing countries,” he said.

In the current context, it was inevitable that Chen would touch on Covid-19 diplomacy.

“Since the outbreak of Covid-19, China and South Africa have been uniting and fighting as one against the epidemic, demonstrating the firm determination of our two countries to share weal and woe and tide over the difficult times together, and inject strong positive energy into China-Africa and global anti-epidemic cooperation.”

He added that the two presidents of the countries have communicated on a number of occasions “to explore ways and means for China and African countries, including South Africa, to defeat the virus together”.

He remarked that there had been mutual donations of medical supplies and said this would continue.

“I am convinced that with the concerted efforts of China and South Africa, we will prevail over the pandemic and restore economic and social development as soon as possible so as to deliver more benefits to our two peoples,” he said.

China has used the pandemic in an effort to strengthen ties with African countries, sending donations of medical supplies and expertise. Earlier this week, in the United Nations General Assembly, Chinese president Xi Jinping said China would assist developing countries to access a Covid-19 vaccine as soon as one was developed.

Earlier this month, the association headed by Lin sent SA a donation of R1-million worth of water tanks, surgical masks and thermometers. The Chinese charge d’affaires, Li Nan, at the ceremony to mark the handover said the donation was from Lin. He remembered South Africa as one of the countries that stood with China at the start of the Covid-19 outbreak. The initial secrecy around the matter created some distrust towards and criticism of China.

Chen added that China has “become the first country to bring Covid-19 under effective control and restore economic growth”. China’s post-pandemic economic recovery entails making use of its “huge market and the big potential of its domestic demand”, with the country using “domestic development as the mainstay and domestic and international development reinforcing each other”.

Africa, and South Africa, will also play a role and benefit. Chen said: “We will open wider to the outside world, and share more of China’s development dividends with South Africa and other African countries, so as to drive the economic recovery and common development of Africa and the whole world through our own development, and expand and deepen the China-South Africa and China-Africa comprehensive strategic cooperation.”

Eric Olander from the China-Africa Project at Wits University wrote on Thursday that Chen’s appointment “reaffirms Beijing’s view that South Africa remains its most important diplomatic outpost on the continent”.

Olander further wrote that, given Chen’s previous “high-profile roles at the foreign ministry, he is already well acquainted with most African leaders and their respective foreign ministers. This might indicate that Chen will assume a larger role in China’s Africa policy beyond his duties in South Africa.”

According to his official CV, the 54-year-old was born in Anhui province and started his service in China’s foreign affairs department in 1987 as a staff member in the department of West Asian and North African affairs. He worked in Chinese embassies  in Saudi Arabia, Jordan, Egypt, Iraq and the United Kingdom before becoming an ambassador in Singapore in 2015, and assistant minister of foreign affairs in 2017. DM