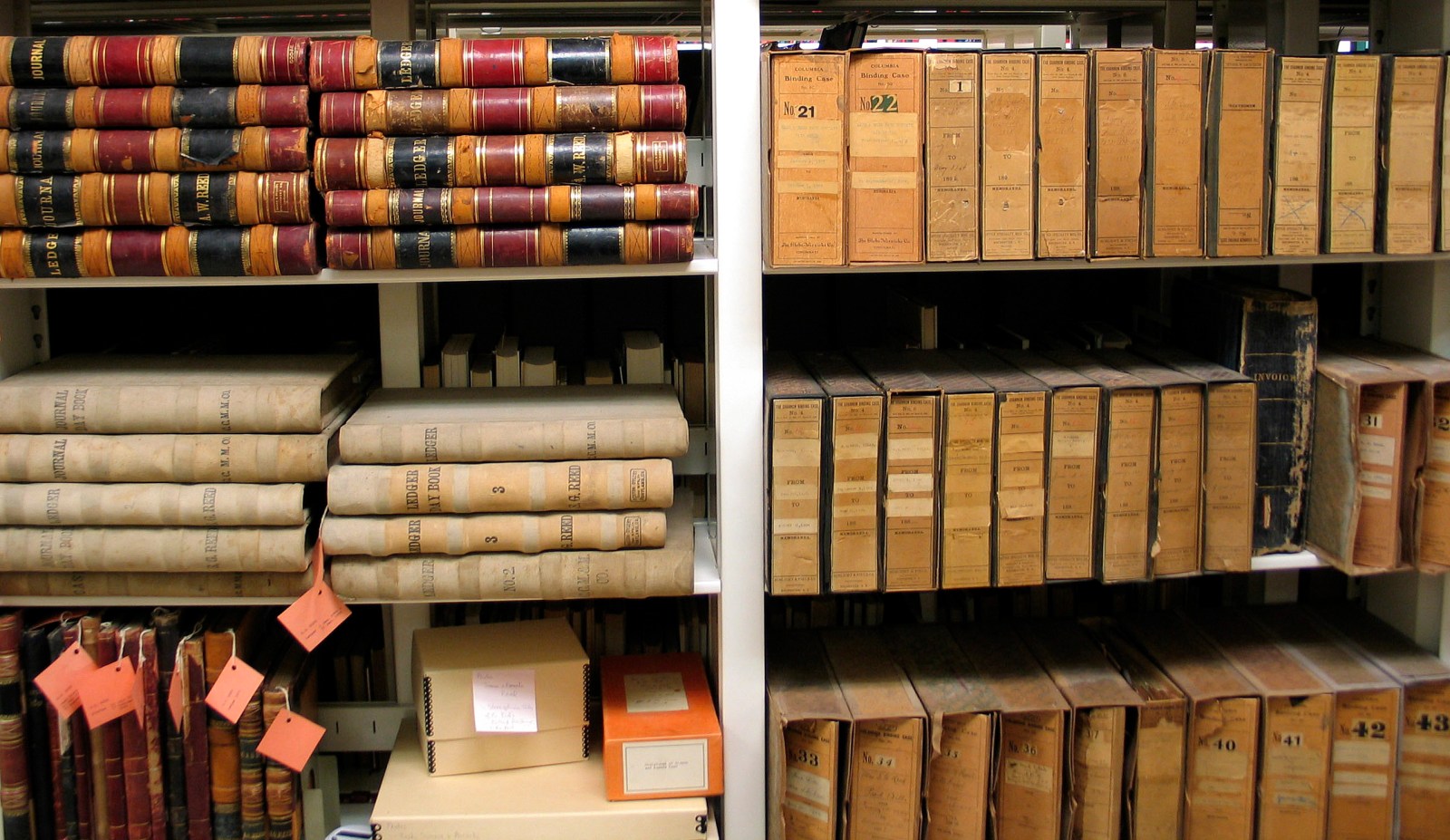 Responsible record-keeping is crucial to administrative justice and transitional justice. At the heart of both lies the constitutional right of access to information, says the writer. (Photo: recordsmanagement.bya.edu / Wikipedia)

Archives are important for democracy and memory. Yet, the lack of public information about archives in South Africa as well as the complicated processes and the challenges around accessing these records discourage many from finding relevant information held in state archives. A 2019 publication aims to make it easier.

Political developments in South Africa over the past two decades have increasingly shaped a landscape of poor accountability, ineffective services and neglect, coupled with elements of secrecy and cover-ups at all levels of government.

This trend has also affected one of the basic and crucial functions of the state, which is record-keeping. Responsible record-keeping does not only affect the ways in which work is carried out efficiently by government departments and state-owned entities. It is also crucial on two other levels: administrative justice and transitional justice.

At the heart of both lies the constitutional right of access to information.

This article focuses on transitional justice and the importance of keeping archives for history, memory, establishing the truth about our past and ultimately for reconciliation.

Unfortunately, South Africa’s National Archives lack basic crucial skills, capacities and space to adhere to their record-keeping and oversight functions. At the same time, provincial and municipal archives are crippled by incompetence, misspending and poor administration. Documents which sometimes function as weapons in the ongoing political party conflicts are being withheld or even removed. Adding to this problem, government departments often over-classify records, such as reports, which remain inaccessible until they are declassified, for which neither the National Archives and Record Services Act of South Africa, nor the poorly capacitated government archives, makes provision.

Although it is almost 30 years since apartheid ended, issues of transitional justice and truth remain important and unfinished business. Transitional justice refers to processes of creating a peaceful, stable and just society after years of human rights violations, genocide or civil war. Transitional justice seeks to establish the truth about what happened, ensure accountability for atrocities and work towards reparation and reconciliation.

States that have emerged from oppressive regimes and have engaged in processes of national reconciliation, such as Guatemala, Chile and Argentina, but also countries from the former Eastern bloc, where we have seen drastic system changes, at the time allowed for the unprecedented opening of classified state records, albeit with some recent drawbacks.

This is still not the case in South Africa. Concerted efforts have yet to be made to allow for an open and legally recognised engagement with the pre-1994 apartheid state records as a collective body. Reasonable exceptions were recommended by the Truth and Reconciliation Commission (TRC) which provided very clear steps of how the records of the former state departments, particularly from the security cluster, should be transferred to the oversight of the National Archives, and assessed for public access. Exceptions could include individuals’ rights to privacy and confidentiality, as well as other matters determined by the National Archives and the Department of Justice.

To try to address these challenges, several years ago a group of civil society organisations, research and academic institutions held a colloquium titled: Archives and Democracy: Is it time to free the Apartheid era archives? Promoting open and transparent public record keeping for a democratic South Africa.

The colloquium aimed to draw more attention to the important role of archives and public records in democratic societies, and to initiate steps to engage the state and relevant institutions to adhere to their obligations.

This digital guide seeks to provide information and links to ways in which civil society, researchers and organisations can be empowered in order to gain access to government and other records. The guide is available to be shared freely by archives, civil society organisations and individuals.

The two keynote speakers, former minister Ronnie Kasrils and Yasmin Sooka, former commissioner at the TRC, both insisted on the necessity of opening the public debate around the apartheid-era archive, but they also pointed to the challenges.

Kasrils said one of the main challenges was the Protection of State Information Bill, which in July 2020 was referred back to Parliament by President Cyril Ramaphosa (for a second time). This means that technically the apartheid-era Protection of Information Act, 1982 still applies, leaving classified government records, particularly from the apartheid era, in limbo.

Sooka mentioned the reopening of the Ahmed Timol inquiry, the ongoing search for the missing MK operative Nokuthula Simelane and the case of Neil Aggett, (the inquiry into his death in detention in 1982 was finally reopened on 20 January 2020). She related passionately the many attempts made by the TRC to gain access to crucial archives of the SA Defence Force and the police, many of which were unsuccessful.

Kasrils and Sooka also made reference to the “can of worms” around the apartheid-era archives in respect of informants recruited by the former Security Police, askaris and the painful aspect of betrayal.

Fast-forward several years and it seems that for the most part access to and care of archives has not improved. The lack of public information about the various archives, but also the processes and the challenges around accessing these records discourage many from finding relevant information held in state archives.

For this reason, in 2019 the Wits History Workshop, the Historical Papers Research Archive at Wits University, the South African History Archive and the Public Affairs Research Institute published A People’s Guide to Archives and Democracy.

This valuable resource provides an entry point and introduction to the archival landscape in South Africa. Using compelling illustrations from artist and cultural worker Judy Ann Seidman it gives practical and accessible advice about the concepts and application of legislation such as administrative justice, transitional justice and the Promotion of Access to Information Act.

This digital guide seeks to provide information and links to ways in which civil society, researchers and organisations can be empowered in order to gain access to government and other records. The guide is available to be shared freely by archives, civil society organisations and individuals.

The guide can be accessed online and downloaded from the History Workshop’s website here.

Gabi Mohale is acting head & archivist at the Historical Papers Research Archive & Wits Digitisation Centre at the University of the Witwatersrand.