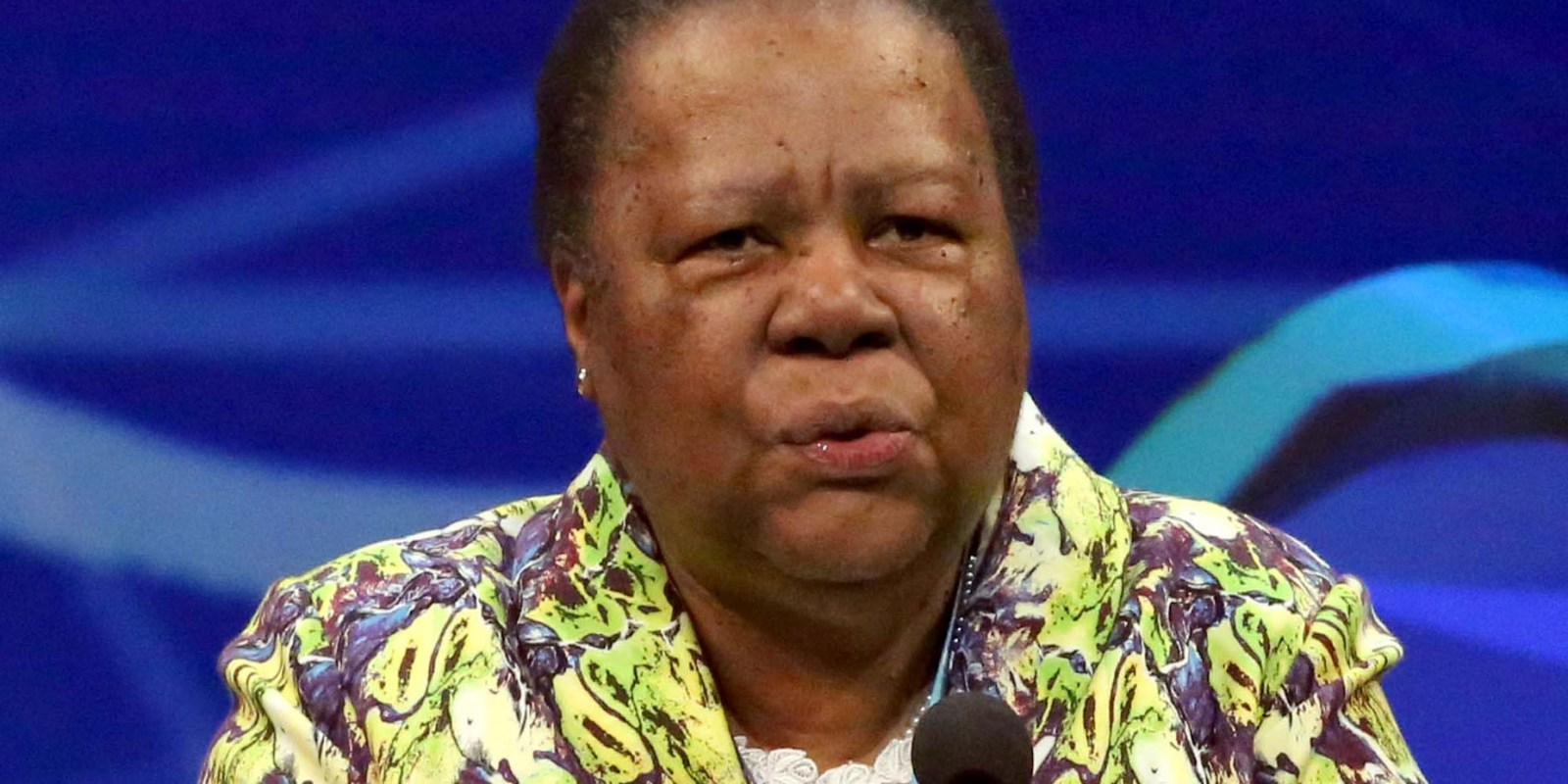 The South African government remains determined to help resolve the crisis in Zimbabwe, despite governing party Zanu-PF’s dismissal of mediation efforts by the ANC and Pretoria.

“Zimbabwe is important. We continue to engage Zimbabwe and we will continue to do so until we help come out of the problem, crisis, challenges, whatever you prefer to use, until we achieve an outcome,” International Relations Minister Naledi Pandor said this week.

She added, at a Wits University webinar, that South Africa’s mediation was necessary “because it is clear that that great country is not where it should be at present. And anyone who wants to pretend might do so. But we are comrades, neighbours, friends. We stand ready to play a role and once they agree; ‘South Africa come on, we need to work together’, that moment South Africa will be ready.”

Last week, the ANC sent a senior delegation led by Secretary-General Ace Magashule to Zimbabwe to try to address the crisis. It hoped to meet all stakeholders, but ended up meeting only the ruling Zanu-PF party.

Magashule and other members of the ANC delegation said that they had simply run out of time to meet the opposition MDC-Alliance and other players, but the suspicion is that Zanu-PF wouldn’t allow them to meet anyone else. That had already happened on 10 August when President Ramaphosa’s special envoys, former Cabinet ministers Sydney Mufamadi and Ngoako Ramadhlodi and former deputy president and parliamentary speaker Baleka Mbete, were prevented by President Emmerson Mnangagwa from meeting anyone but him.

After the ANC’s meeting with Zanu-PF last week, Zanu-PF spokesperson Patrick Chinamasa was quoted by the online Zimbabwe newspaper NewsDay Weekender as saying “South Africa has no mediatory role to play in Zimbabwe”.

“We are an independent sovereign country. We agreed in our meeting that we are equal sovereign states,” he was quoted as saying, adding that “Zimbabwe is not a province of South Africa”.

“We know that the South African government is controlled by white men. We agreed that we should strengthen the integration of our region and our economy,” the NewsDay Weekender reported him as saying.

It said he had added that the only discussion Zanu-PF would entertain from the ANC would be about identifying threats faced by the two liberation movements and others in the region.

In the Wits webinar on Wednesday, in which she spoke about “South Africa’s place in the changing global order”, Pandor responded to a question about Zimbabwe by saying:

“I’m fascinated by the interest of South Africans always to pull us to Zimbabwe. It is an important issue, but it is not the sole issue. Why don’t we talk about Lesotho and what President Ramaphosa has achieved there? And how important it is to maintain peace in Lesotho,” ” she said, referring to Ramaphosa’s role as the regional mediator in trying to resolve the internal political conflicts in that country.

“Why don’t we talk about achieving democracy in eSwatini?” she asked.

The ANC government is frequently criticised for failing to raise violations of human rights and democracy by its allies. Pandor explained that “the world is not monolithic and that the normative aspects of South Africa’s positioning could run counter to certain geographical, developmental or economic partners such as with regard to respect for human rights and democratic values.

“These nuances need to be taken into consideration when finally deciding South Africa’s approach to specific issues, notwithstanding the need to be guided by South Africa’s identity and values in the international system. There does come a time within international relations when pragmatism and idealism need to be balanced on a case by case basis,” she said.

She recalled that the African Union’s common African position – known as the Ezulwini Consensus after the eSwatini town where it was adopted in 2005 — calls for not less than two permanent seats for Africa on Security Council, plus five non-permanent African seats and the extension of the veto right to all permanent Security Council members.

She noted that the AU had not evaluated its performance in advancing this common African position and that this should be done urgently to identify actions to advance the goals.

South Africa has believed from the start that the AU should drop its demand for veto powers, as a tactical manoeuvre to win support from the five permanent members of the Security Council and others for expanding the number of permanent seats.

Pandor was also asked how she could describe BRICS (the association of Brazil, Russia, India, China and South Africa) as a forum of “like-minded, progressive emerging-market and developing countries” when two of them – Russia and Brazil — were led by populist right-wingers.

She did not answer the question directly, but pointed out that the BRICS members did not “slap each other on the knuckles and direct how countries must direct their domestic affairs”.

“ ‘Why do you have members of the ANC who are doing corrupt things?’ ”They’ve never asked us that,” she said.

“Nor would we ask them: ‘Why is Pussy whatever not being supported? Why are their members being arrested?’ ”, she said, in an apparent reference to the Russian women’s opposition group Pussy Riot which has been persecuted by the Putin government.

Pandor added that although BRICS members didn’t look into one another’s internal situations in this way, they did examine how they could use their partnership to help address their national challenges.

She said South Africa was reassessing its foreign policy posture in the light of the changing character of the prevailing global order in which the global ideological and political hegemony of the US was being “relentlessly contested” by non-Western forces, including China, India and Russia.

The global order was also being disrupted by the Covid-19 pandemic. Pandor suggested that the pandemic offered some opportunities for reshaping the world order in favour of a more representative one. DM