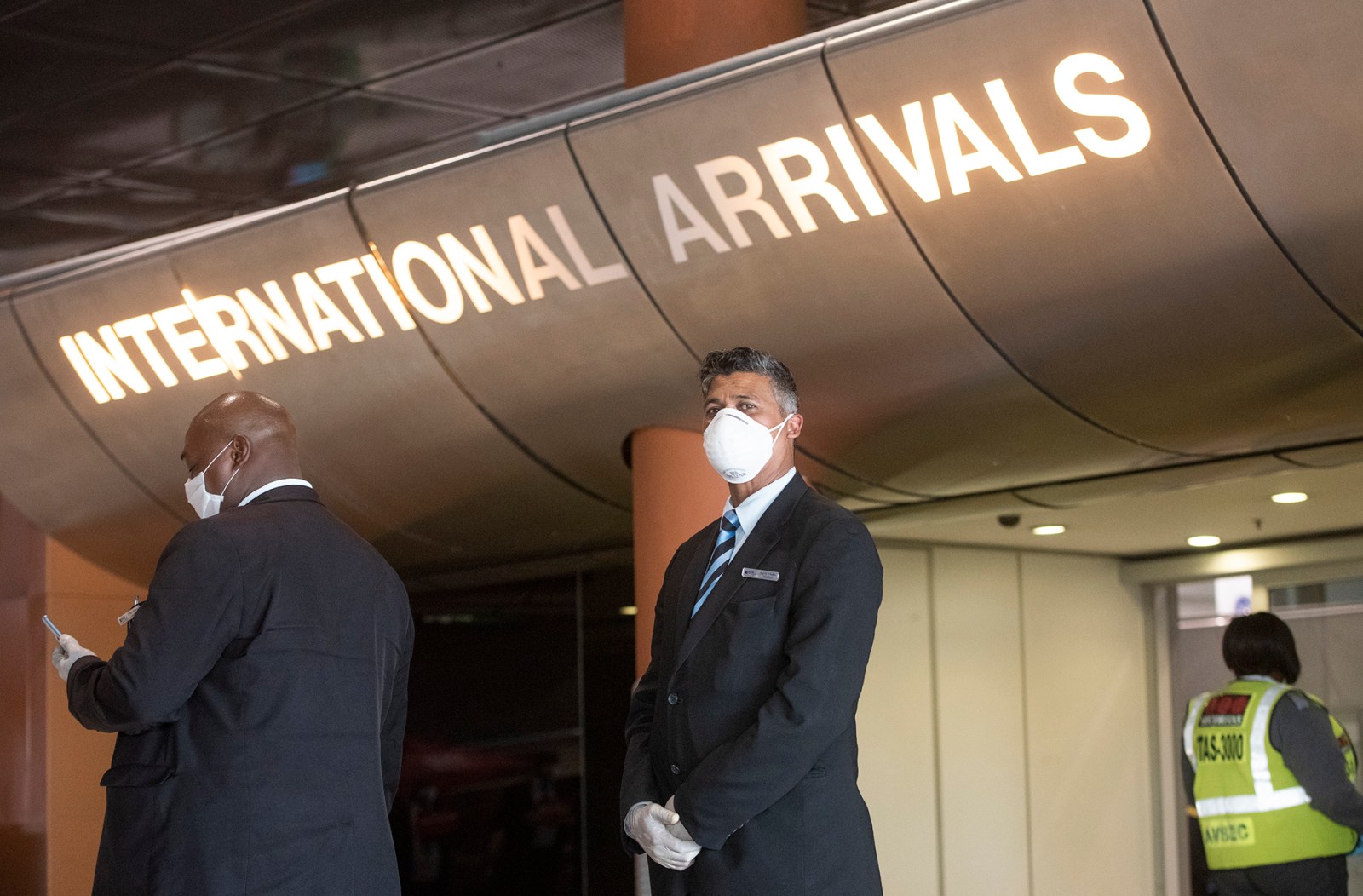 A general view of people wearing masks at Cape Town International Airport on March 16, 2020 in Cape Town, South Africa. It is reported that Cape Town International Airport is screening passengers before they leave the arrivals zone by measuring their temperature and checking which countries the passengers have visited in the past few weeks. (Photo by Gallo Images/Brenton Geach)

The Western Cape government has welcomed the resumption of international travel, especially with the province moving into its busy summer season. But it says this must be done safely to avoid sparking a second wave of Covid-19.

The Western Cape MEC for Tourism, David Maynier, says “the devil is in the detail” on exactly how the new Level 1 regulations would affect key tourism markets such as the USA, UK and Germany.

On Wednesday evening, President Cyril Ramaphosa announced international travel would be allowed from 1 October, subject to certain conditions based on infection rates and scientific data. New regulations would be provided in due course by the relevant ministers.

“Of course, the devil is in the detail, and so we will have to carefully scrutinise the regulations when they are released… we will assess the impact of the capacity restrictions for indoor events and determine whether this will allow us to host bigger, anchor events like the Mining Indaba and Africa Oil Week,” said Maynier.

Maynier said “the most important thing we can do to continue supporting the tourism and hospitality sectors is to provide consistency and certainty during these challenging times”.

More information would also be sought on passenger cruise ships, said Maynier, a sector which was “important to the tourism and hospitality industry in the Western Cape and which we will work to open safely at the appropriate time”.

The province, along with tourism and aviation bodies, has consistently called for the reopening of international travel. Deon Cloete, Airports Company South Africa (Acsa) general manager at Cape Town International Airport, told Daily Maverick this week, “we have to get it right when the borders open”.

Western Cape premier Alan Winde, speaking during the briefing, welcomed the reopening of international travel, and said it was time to show that “here on the southern tip of Africa, we can do it safely”.

Dr Keith Cloete, head of the provincial health department, cautioned that the next step was to “make sure we are as vigilant as can be”. Cloete said there needs to be vigilance in the use of masks, hand washing and physical distancing.

In closing the briefing, Winde said: “in a new normal world, I think the best place to be this summer is the Western Cape”. DM