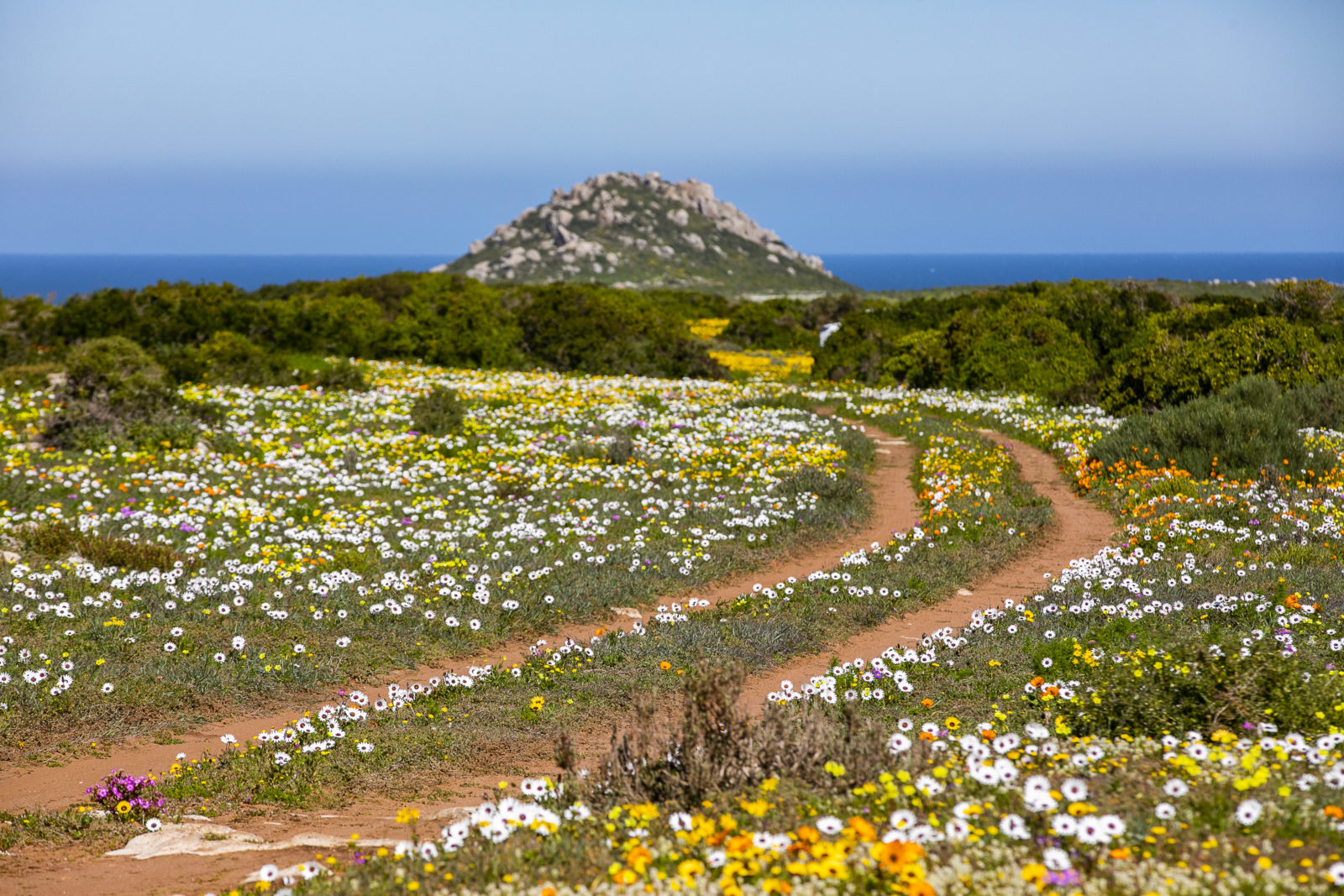 POSTBERG, SOUTH AFRICA - AUGUST 26: A general view of the magical natural phenomenon where fields of flowers appears out of dry conditions of the West Coast National Park on August 26, 2020 in Postberg, South Africa. (Photo by Gallo Images/Jacques Stander)

We’re kicking off the first of our day-trip series with a visit to the Western Cape’s blooming West Coast National Park.

Many South Africans have spent the best part of the past five months stuck at home. With restrictions on leisure travel now lifted, a day trip to some of our magnificent national parks is the perfect way to enjoy spring and ease oneself out of isolation. And with the magnitude of the South African countryside, physical distancing is reasonably easy to maintain.

Now that spring is finally here, all day trips from Cape Town should lead north – up the West Coast to see the wildflower display that this sometimes drab part of the country puts on in spring. After many dry years, the rains arrived in full force this year, prompting nature to don its most spectacular coat.

The West Coast National Park is only about an hour’s drive from Cape Town, but leave early in the morning (no later than 9am) to give yourself time to enjoy the scenery along the drive, and for a stop or two along the way.

A slight detour from the R27 to the town of Yzerfontein will get you to this bakery. It is about an hour from Cape Town and 15 minutes away from the park.

It’s best to get there early, as their mouthwatering products are known to sell out early. A favourite of the locals, this bakery sells delicious breads and pastries (Maverick pro tip: If you can, call ahead and ask them to put aside for you a loaf of their incredible sourdough. It’s popular and they often run out). Freshly brewed coffee is available, making it perfect for an early-morning stop to pick up your cappuccino and croissant in preparation for the park. They also serve light meals.

What to do: The Geelbek Visitor Centre is the go-to place for all information on the park and up-to-date information about where to see the best flowers. During August and September, visitors flock to the park in their thousands to see the wildflowers, especially in the Postberg area, which is only open to the public during these two months.

At the visitor centre, you can see a replica of Eve’s footprint – fossilised footprints of a young woman who lived in the park about 120,000 years ago.

The park has many hiking and mountain-biking trails, while the Langebaan Lagoon, which is the focal point of the park, is heaven for kayakers and kiteboarders.

Birders revel in watching the many waterbirds living in and around the lagoon, as well as on the five islands of Saldanha Bay, where there are nearly a quarter of a million seabirds. Many bird hides are dotted around the park and it is even possible to go whale-watching in the Tsaarsbank section of the park during the whale season between August and October.

Where to eat: The Geelbek Restaurant at the visitor centre serves South African favourites such as Cape Malay chicken curry, bobotie, venison pie, pumpkin pie, and much, much more. The restaurant is situated in a national monument, a Cape-Dutch building with spectacular views of the lagoon. They are open Monday to Sunday from 9am until 5pm, with the kitchen closing at 4pm.

Some practical info: Both gates of the park – the West Coast gate and the Langebaan gate – are now open and limits on the number of people entering the park have been lifted. Gates are open from 7am until 6.30pm, from September until March.

The online booking system has also been ended, meaning you can just drive to either gate and pay the entrance and conservation fees. (R90 per adult and R45 per child, per day, during flower season for South African citizens.)

You are free to leave your car to go on hikes. Make sure you dress appropriately and wear sturdy shoes for the hikes.

It’s important to note that fuel is not available in the park. The nearest fuel station is in Langebaan Village, about 5km from the park.

The R27 is an easy road to travel, and while driving back you could be in time to see the sun sets over Table Mountain.

The farm stall is situated on the R27, on the road back to Cape Town, about 15 minutes from the West Coast National Park and about 50 minutes from Cape Town.

This farm stall sells a range of preserves, breads, home-baked goods and pies. A stop here will allow you to arrive home with dinner served. They also serve breakfasts and light lunches, with dishes such as pea and ham soup, offal and rice, bobotie, curry mince and vetkoek, cold leg of lamb and mustard, and salads on the menu. The wine shop sells many of the local wines. They are open Monday to Friday from 8am until 5pm, and on Saturday and Sunday from 8am until 6pm.

Soundtrack: [Nothing but] Flowers by Talking Heads, from their 1988 album Naked.

Or… Joshua Mol, a Cape Town musician and UCT student, whose first album Dream Club was recently launched, describes it as, “an ode to childhood, Sunday melancholy and first love”.

Passengers’ must-read book: 65 Years of Friendship by George Bizos, which describes his close friendship with Nelson Mandela. The book gives a detailed account of their time as students, friends and colleagues. A fitting way to celebrate this legal giant.

Listen to: Swindled, a haunting and addictive podcast about white-collar crimes. It explores the scandals of well-known companies and con artists across the world.

More time to spare? Take a detour to Darling

From Cape Town to Darling is only about 70km, so not too far to go to meet “the most famous white woman in South Africa”: Evita Bezuidenhout, alias Pieter-Dirk Uys. Evita is a fictitious character that Uys created during the apartheid era in the late 1970s. As she is fictitious, she can say what she likes, and has been delivering scathing commentary on the political scene for decades.

Evita se Perron (previously the old railway station) is a theatre that seats 80 people, where Uys performs many of his shows. It is currently closed due to the Covid-19 pandemic and will remain closed until the end of lockdown. Evita herself will only return when a vaccine is found.

Evita se Kombuis is still open, and here you can feast on traditional boerekos; also open is Bambi’s Berlin Bar (Bambi is the younger sister of Evita), where you can taste the finest Darling beers and wines.

Then there is Boerrasic Park, an outside area with hilarious statues, sculptures and signs depicting the characters and events of South African history.

Evita se Perron is definitely worth a visit, even if it only serves to remind us of the absurdities of South African politics, past and present. It is open Monday to Sunday from 9am until 4pm. DM/ML

The lowdown on collagen supplements