The Lie of 1652: A decolonised history of land 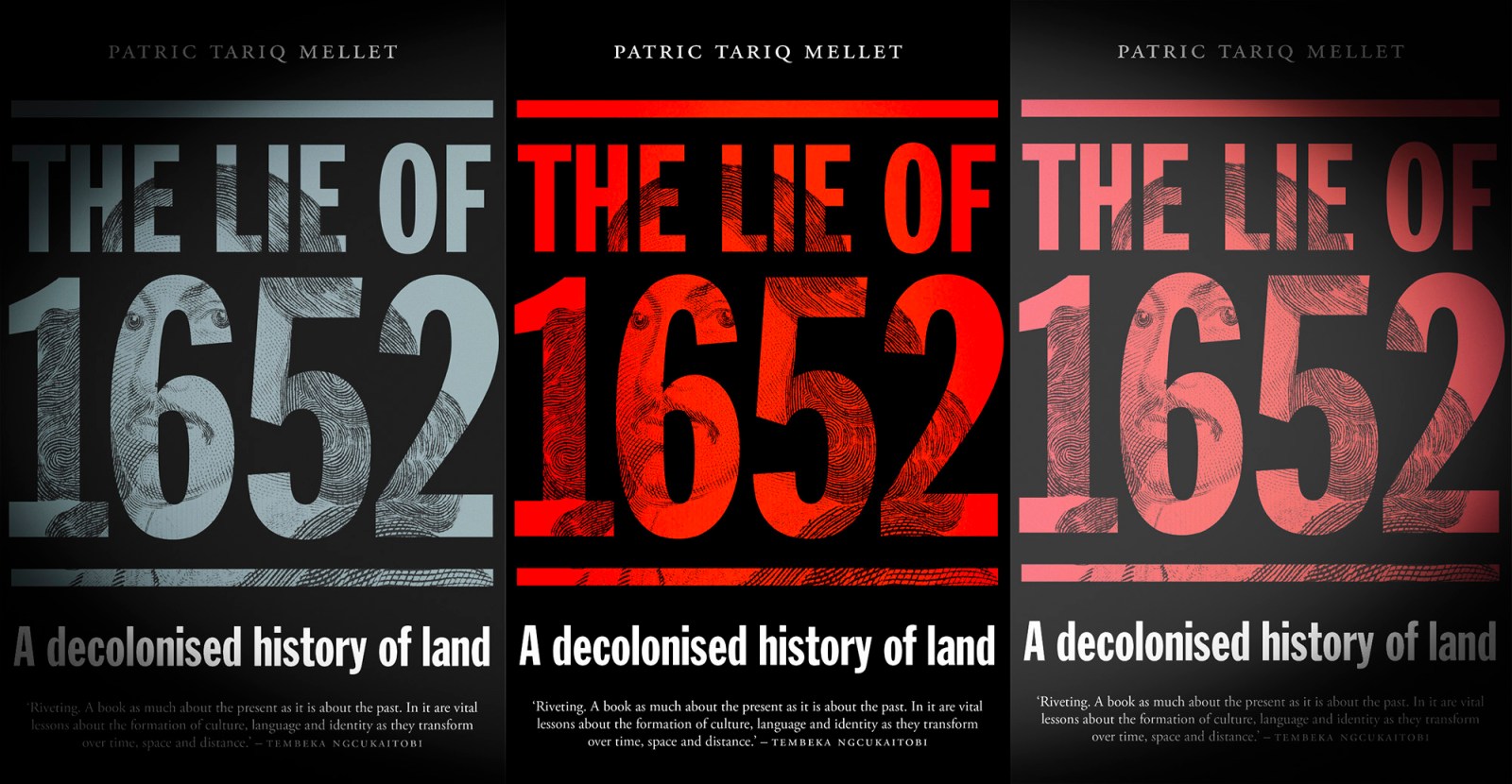 This radical critique of established pre­colonial and colonial history retells the story of dispossession, the destruction of livelihoods and the brutality of slavery in South Africa. Characters such as Autshumao, Krotoa and Doman come to life in the story of the founding of a port at Cape Town. Mellet debunks the ‘empty ­land’ myth and claims of a ‘Bantu invasion’, while outlining more than 220 years of war and resistance. ‘The Lie of 1652’ is published by Tafelberg.

From 1600 to 1652 there was already vibrant multicultural interaction at a nascent refreshment station and proto-port settlement that would eventually become Cape Town and a colony run by the Dutch East India Company (in Dutch the Vereenigde Oostindische Compagnie, or VOC). A fresh look at the narrative of the founding of the port of Cape Town enables us to understand and appreciate not only the role that the Peninsula indigenes – the Khoe – played in its establishment, but also their holding of the shoreline frontier for 52 years prior to colonial domination.

In the popular arena, across all communities the South African view of early Cape history tends to be moulded by an interpretation of the 1652 Dutch landing at Table Bay as portrayed by the artist Charles Bell’s painting of an imagined meeting between Jan van Riebeeck, the first commander of the VOC’s settlement, and awestruck “primitive” Khoe people on the shore of Table Bay, painted 200 years after the fact. This event is presented as though this was the first encounter between a bedazzled local Khoe community and Europeans. In reality, there had already been 180 years of engagement before 1652. The lie of 1652 runs very deep and skews most versions and perspectives on South African history.

On the Cape Peninsula and along the southwestern coastline there were Khoe and San peoples who did not fit the neat stereotypical identities given to them by anthropologists, ethnographers and the mainstream colonial social historians. There were independent Khoe farmers with large families, there was the relatively small group of Khoe who self-identified as ||Ammaqua (Watermans) traders, there were the Sonqua line fishermen who were a San offshoot joined by deserters and outcasts from Khoe groups, and there was also another San clan of herder-hunters inland known as the Ubiqua. Both of these latter groups kept some sheep but their main economic mode remained hunting and fishing. All the above groups were seen as the “other” by those Khoe who remained in the larger formal social groups and were collectively referred to disparagingly as “our kin who left us” – Goringhaicona.

The story behind how this social drift occurred through social and economic transformational impacts at the Cape as a result of mass visits from European ships and people to Table Bay will become apparent in the narrative that follows.

In his book Khoikhoi and the Founding of White South Africa (1985), Elphick demonstrates that according to Agnes Hoernlé’s definitions, the nine Cape Khoe group names from 17th-Century primary sources only represented three social formations that he refers to by the European term ‘tribes’. There is no firm indication as to whether all the Cape Khoe groups were federations or communities of clans, or clans, or possibly some even looser type of formations. Elphick makes the point of there being a strong state of flux in that what he calls “tribes” and “clans” would come and go, rather than be around for long periods of time. During the period from 1652 to 1707 one can clearly see mergers and separations and the disappearance of identities represented by the already named formations. The archaeologist Karim Sadr questions whether organisational formations in the Western Cape were anywhere near the type of organisational development overlaid on the Cape Khoe by colonial writers.

There is only one mention of a possible king, where the term ‘khoebaha’ was part of the speculation that had only hearsay to back up the musings. The only established facts for a leader (referenced by colonial texts as a king) was in the case of Kai’Bi’a or Gaob Hinsati of the Inqua, who with his federation of communities were incorporated into the Xhosa. From his time, 1700–1750, there was also a record of a female leader of similar stature, Bi’a Hoho, from among the same communities who held out in resistance to incorporation into the Xhosa for 50 years in the Amatola Valley.

Neither the European concepts of “tribes”/clans nor those of kingdoms/nations neatly fit the Khoe that the Dutch first encountered, who had their own unique forms of organisational development. There was a relatively flat form of organisation almost of a family type or small community village-type council. There clearly was also some form of group authority or status, which can be observed from the relations between the nine different social formations where there were intergroup consultations, with possibly an early form of council authorities of heads of formations.

As was noted earlier, governance was more collective and relatively flat rather than hierarchical, but of course the size and fortunes of communities also played a role in who might have been effectively more senior by election than others. Identification of formations could be observed through a system of paying tribute. Who paid tribute, and to whom tribute was paid, gave an indication as to the consultative chain and where authority or status was vested. All authority was never vested in one authority or authority figure. Elphick notes that a head of a community could not demand, like a king demands of a subject, that an individual had to comply with the head’s decision.

Elphick suggests that, at the top end of the chain of what I would call council authorities of Khoe group identities, they paid tribute to the Xhosa. While stronger evidence exists for this in areas closer to the Eastern Cape, there are only oral accounts in speculative colonial texts presented by Elphick for this view as far as the Cape Peninsula and surrounds were concerned.

When the Dutch first came to the Cape, they were infatuated with two kingdoms based on hearsay in Europe – Butua and Monomotapa – because they were said to be the source of gold and ivory. The stories they had heard also made the Dutch fearful of the powerful people of these kingdoms. The previous chapter elaborated on these very real states situated in the west of Zimbabwe (Butua), and the northeast region of Mozambique straddling Zimbabwe (Mutapa), very far away from the Cape.

The Dutch colonisers tried to unravel the relationships between the first indigenous Africans they encountered at the Cape, and those of Butua and Monomotapa. Van Riebeeck wrongly thought that the great Monomotapa (Mutapa) was much nearer than it was. DM

Patric Tariq Mellet is a former liberation movement cadre and a resident cultural and history analyst on Cape Talk. In 2009 his work on the intangible heritage received a Western Cape Provincial Honours award. In 2019 the Minister of Sport, Arts and Culture appointed him to the Governance Council of the South African Heritage Resources Agency.