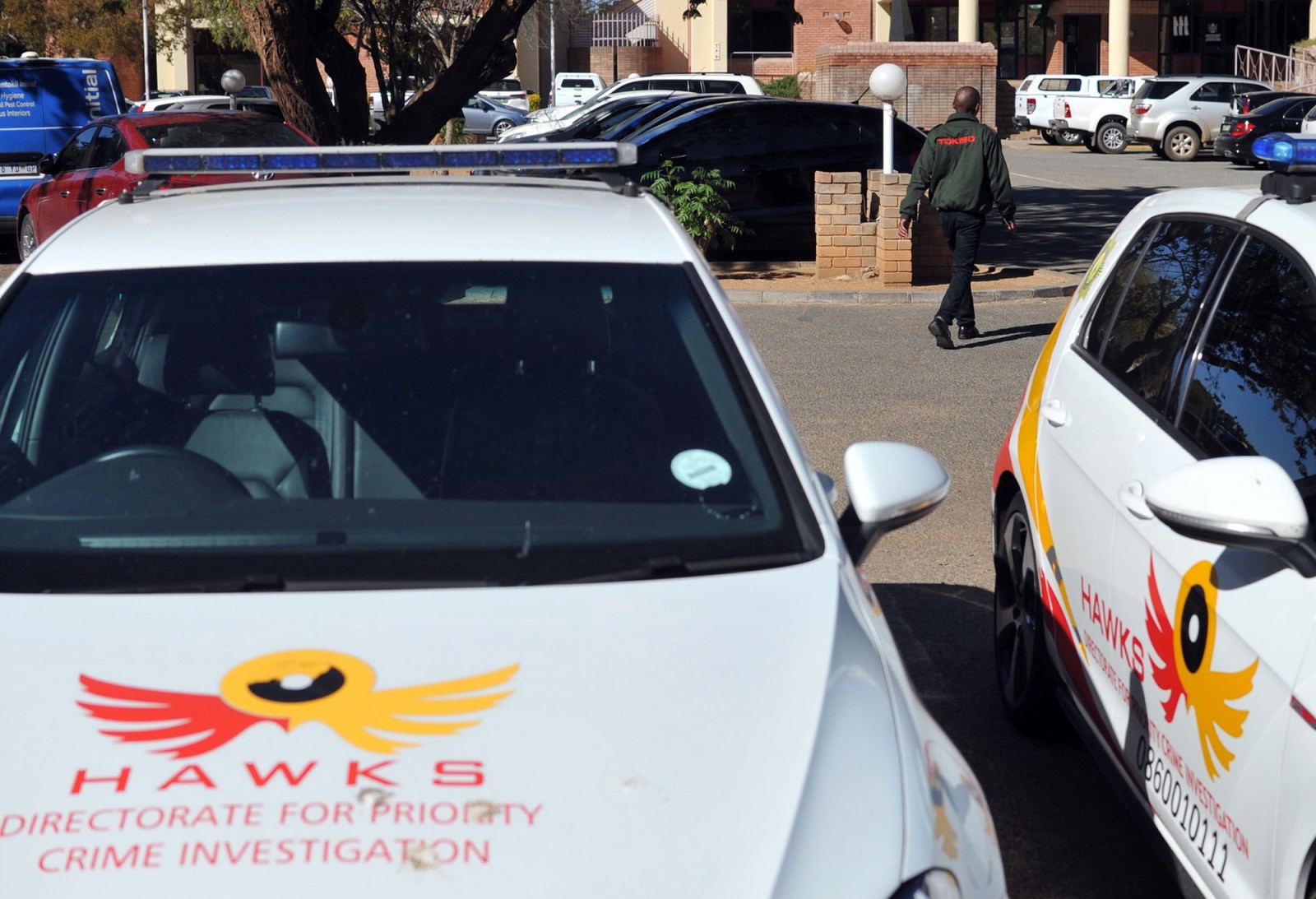 The Hawks and other agencies conducted search and seizure raids in Durban on Tuesday. (Photo: Gallo Images / Sowetan / Tiro Ramatlhatse)

Those implicated in the corruption are eThekwini water and sanitation employees and service providers who were working on a project that included providing running water and waterborne sewerage to informal settlements, rural areas and transit camps.

The Hawks’ anti-corruption task team and other agencies on Tuesday raided 15 properties in Durban, seizing documents and electronic equipment connected to a probe into corruption in eThekwini’s Water and Sanitation Department that involves a project dating back to 2008.

A similar raid took place in July, relating to the same investigation.

At that time, the estimated value of the alleged fraud, corruption and money laundering stood at R200-million, but has since ballooned to R700-million, according to Hawks’ spokesperson Brigadier Hangwani Mulaudzi.

Those implicated in the corruption are eThekwini water and sanitation employees and service providers who were working on a project that included providing running water and waterborne sewerage systems to pre-identified informal settlements, rural areas and transit camps.

According to publicly available documents, each ablution block constructed was expected to cater to the needs of 75 households.

The project started in 2008 and was a precursor to formal housing developments, with the third phase of the multi-year project ending in 2019. There are more than 600 informal settlements in the metro, equating to about 230,000 households.

According to eThekwini’s medium-term revenue and expenditure framework for 2018/19 to 2020/21, the city has since employed more than 1,500 caretakers to maintain the approximate 1,650 ablution facilities, known officially as Containerised Ablution Blocks (CAB). The mobile units are either made from shipping containers or consist of prefabricated structures.

Mulaudzi confirmed that investigations into the decade-long project started last year. No arrests have been made, he said, and there was as yet no indication when they would take place, but investigations were being finalised.

“We are on the last part of the investigation. The arrest part will come, we are just making sure that we gather all the evidence, and then once that is done, we will take it to the NPA,” he told Daily Maverick.

“A lot of gadgets, communication devices, electronic equipment” and documents had been seized during the raid, he said, and would be sent for analysis. Once that was done, a “good product” would be handed over to the NPA, where a decision would be made on prosecution.

He dismissed media reports emerging on Tuesday morning that several high-end vehicles had been seized.

“We were there to collect documentation for investigations, no vehicles were seized,” he told Daily Maverick.

The alleged corruption follows the same unsophisticated formula used by those implicated in the R430-million Durban Solid Waste tender case for which former eThekwini mayor and sitting MPL, Zandile Gumede, and officials, councillors and service providers have been charged.

Municipal officials allegedly registered sham businesses to receive payments, falsified documents and hand-picked or endorsed service providers, who were paid for work not done. Most companies that received the contracts were not registered on the municipal database.

“Misrepresentations were allegedly made to the municipality and in some instances no authorised signatures as per requirement for approval were endorsed on the invoices.

“Despite the alleged falsification of documents, payments were approved and significant amounts of monies were allegedly channelled to officials for their own benefit,” said Mulaudzi in the statement.

The city punted the endeavour as having a “strong development agenda”, with a main contractor in each area mentoring emerging sub-contractors, and providing jobs in project areas.

At one stage, the city said the project had employed 2,470 mainly unskilled labourers.

The project was part of the city’s Incremental Services Programme (ISP) to deal with the backlog of services in informal settlements. The programme includes the provision of water through standing pipes and ablution facilities, solid waste removal, basic roads, footpaths and stormwater drainage, prepaid electricity and social facilities. DM