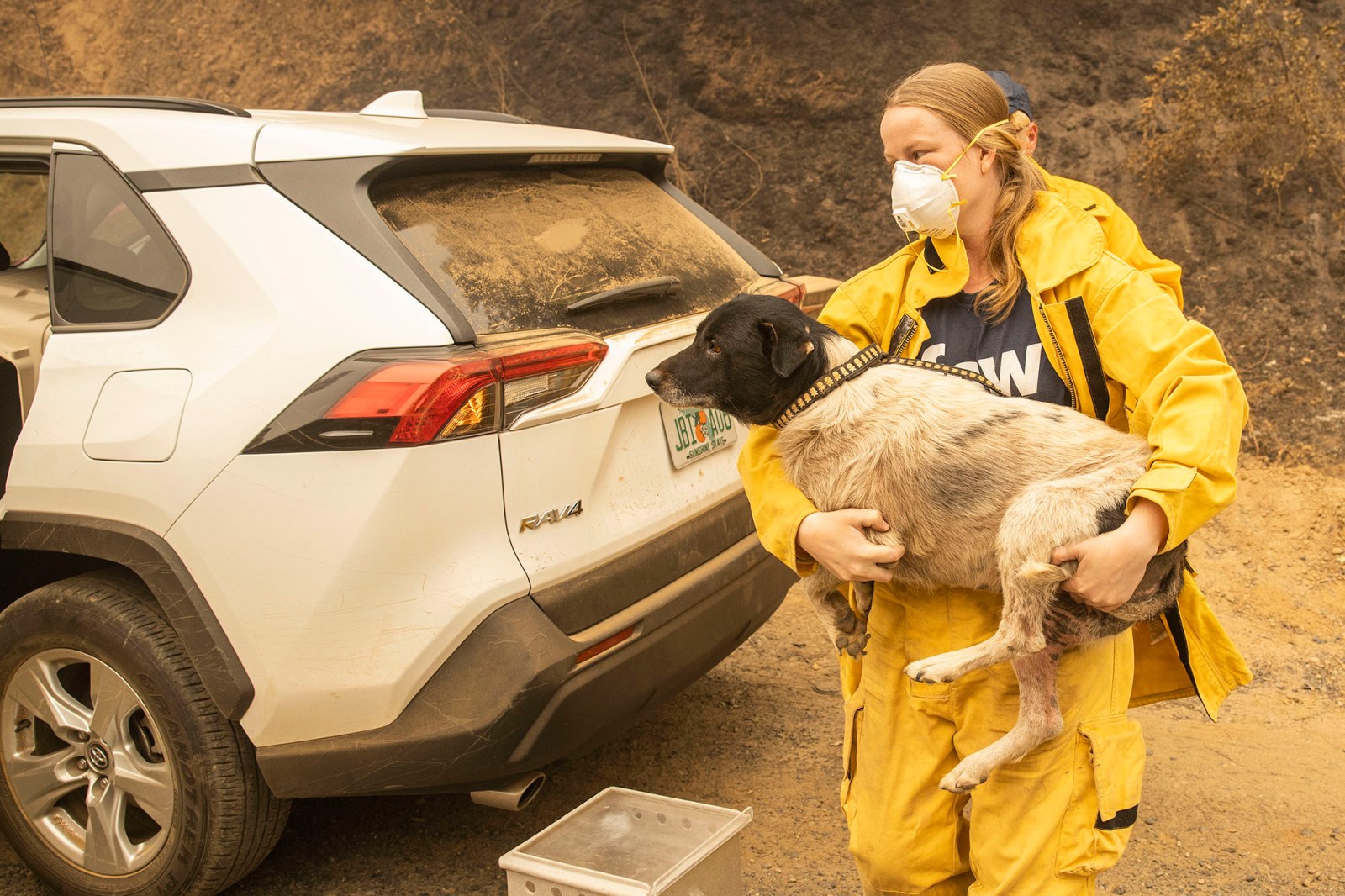 North Valley Disaster Group animal rescuer volunteer moves a stray dog to a transport carrier after being found in an area burned by the Bear fire, part of the North Lightning Complex fires, in Berry Creek, California, USA, 13 September 2020. According to reports, more than 100 wildfires are burning across 12 Western US states. EPA-EFE/PETER DASILVA

The wildfires raging in western USA have claimed the lives of at least 33 people. Many more have been reported as missing. Meanwhile, in the eastern town of Mystic, Connecticut, Trump supporters took to the river to show their support for the Republican nominee.

With dozens of fires burning out of control, more than half a million people have been forced to evacuate from parts of  California, Oregon, Washington, Colorado, Idaho and Utah.

The environmental disaster is unfolding at a time when President Donald Trump is on the campaign trail for reelection for a second term. On Monday 14 September, he is scheduled to be in McClellan Park, Sacramento County, for a briefing on the fires.

On Sunday, the National Interagency Fire Centre said more than 30,000 firefighters have been deployed from around the country. Fires have devastated the small city of Detroit,  Oregon, and the disaster is being described as apocalyptic.

Some residents returned on Sunday to find entire suburbs had burnt to the ground. They had fled their homes a few days earlier, returning to find their worst fears realised.

In the meantime, over 3,000 kilometres away in the eastern riverside town of Mystic, Connecticut, bemused residents watched as Donald Trump supporters – in full MAGA gear – took over their river and dock for a few hours.

Curious onlookers watched as a small flotilla of cruisers motored up and down the river, sounding their horns. Many flew the American flag as well as insignia supporting Trump and his running mate Mike Pence.

Not all were Trump fans. There was at least one supporter of Joe Biden, sensibly wearing a mask and sunhat, and two girls were seen holding a Black Lives Matter banner.

Later in the day, with the crowd dispersing, a Trump supporter confronted the girls holding the BLM banner and heated words were exchanged. After being called “idiots”, the girls suggested he find a more mature way to engage with them.

One man found a way to combine politics and business, calling on passersby to buy one of his small American flags for five bucks a piece. He proudly related how he’d sold 25 in under an hour. Was he a Trump fan? He wasn’t saying. DM

An Wentzel is Night Editor and specialist reporter for Daily Maverick. She went to the USA to visit family as the pandemic struck and is currently marooned in the land of the ‘free’.