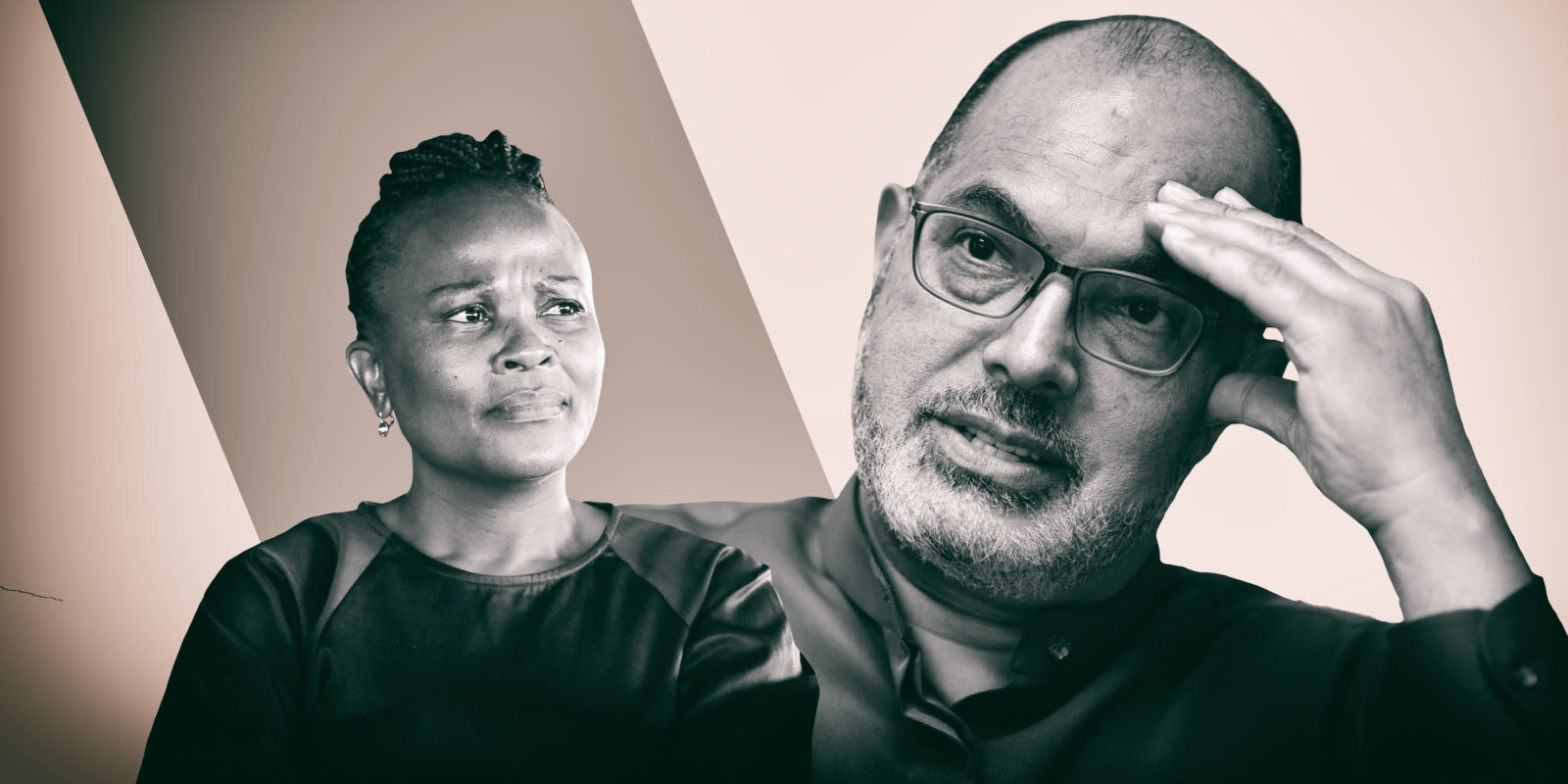 Advocate Dali Mpofu spent more than three hours arguing in the Constitutional Court that the Constitution trumped national legislation, including the Tax Administration Act, and that the public protector is entitled to confidential taxpayers’ information.

Mkkwebane was also ordered by that court to personally pay 15% of SARS Commissioner Edward Kieswetter’s legal costs with the balance due by her office. She is also appealing against this order.

At this point the matter is technically no longer about Zuma’s tax affairs but, said the public protector in her submission to the Constitutional Court, “on the appropriate interpretation of the Constitution and relevant legislation”.

The matter before the Constitutional Court is about the interplay between the Constitution and constitutional legislative provisions, the drilling down into the merits of the appeal itself as well as addressing the question of the personal costs order.

However, Mpofu, arguing before the court on Thursday 3 September, said that SARS should make Zuma’s tax records public as accusations in author Jacques Pauw’s book, The Presidents Keepers, that the former president had received an additional salary from Royal Security and had not paid tax on this, “could not just be left floating in the air”.

In his book, Pauw revealed that between 2007 — when he was elected leader of the ANC and while he was deputy president, through to 2009, when he was elected president of South Africa — Zuma received about R5-million as a ghost employee of ANC benefactor Roy Moodley’s Royal Security.

SARS Commissioner Edward Kieswetter has argued that Mkhwebane’s insistence that her office had the right to access confidential taxpayer information was an indication that she was acting “beyond her powers, and irrationally”.

The Constitutional Court judges quizzed Mpofu about why the public protector had not used other options available in law to obtain consent from the taxpayer – in this instance Zuma – to access his tax records.

Zuma had, in fact, remarked to Justice Steven Majiet, tweeted on 12 November 2019, four days after Kieswetter had filed an affidavit on 8 November, that he was willing to have his tax records made public.

Mkhwebane filed her affidavit two-and-a-half weeks later without taking up Zuma’s offer and without exploring other legal avenues open to her. Instead, she threatened Kieswetter with criminal action should he fail to act.

Mkhwebane issued a subpoena to SARS in October 2019 after Kieswetter had explained that the revenue service was bound by confidentiality clauses in the Tax Administration Act (TAA).

The other option open to the public protector was for her office to approach the court for an order compelling SARS to make the records available or to simply ask Zuma for these. She did neither.

This had, in fact, been the legal opinion initially offered by advocate Hamilton Maenetjie who had been consulted by both SARS and the public protector.

Mkhwebane had, however, disagreed with Maenetjie’s opinion and had sought another from advocate Muzi Sikhakhane who had advised that the Constitution trumped the Tax Act.

Justice Steven Majiedt likened the public protector’s direct approach to the Constitutional Court instead of a full High Court or the Supreme Court of Appeal as the equivalent of using a “sledgehammer to swat a mosquito”.

Mpofu spent most of the morning arguing that the Tax Administration Act was subordinate to the Constitution and was bound to it like “an umbilical cord of a child to its mother”. The powers of the TAA, he said, flowed from the Constitution.

While the TAA made provision for some exceptions with regard to the application for taxpayer information by specific entities, the Public Protector was not one of them. This prohibition, argued Mpofu, was not absolute as section 69 (2) of the Tax Act set out.

Acts which expressly override the TAA are The Drugs and Trafficking Act, The Financial Intelligence Act and the Prevention of Organised Crime Act.

However, advocate Jeremy Gauntlett, on behalf of Kieswetter, argued the public protector had failed to set out exactly what these exceptional circumstances were.

He added that the public protector had, in her submissions, accepted “that the stance adopted by the commissioner… did not impede her work”. This was because there were other avenues open to her bid to obtain Zuma’s records.

Mpofu said the public protector was implicitly included in the exceptions of the TAA.

With regard to the personal costs order, Gauntlett suggested Mkhwebane had misled the court when she stated that she had not been personally cited in court papers.

Mpofu, however, argued that the cost order be reversed “as it has no place in this type of litigation. It does not end there. The chilling effect of that cost order, the extreme nature and articulation in which it is made, contributes, or at the very least, should contribute, to the overall assessment of the exceptional circumstances that pertain in this matter”.

Judge Madjiet said that on objective facts it appeared as if the public protector had said that she had not been cited or informed that there would be a personal cost order. This was simply not true as it had been contained in Kieswetter’s notice of motion and in the judgment itself.

Mpofu argued that “legally speaking” the compulsion to cite Mkhwebane as a person, as had been the case in the SARB matter, had become “habitual”.

This was a matter that Chief Justice Mogoeng Mogoeng seized upon, reading out, in apparent dismay, Judge Mabuse’s finding that “the public protector either misunderstood the law or if she understood it, she simply ignored it”.

Judge Mabuse added that this “shows the proclivity of the public protector to operate out of the bounds of the law. She has an inexplicable deep-rooted recalcitrance to accept advice from senior and junior counsel. The public protector acted unreasonably, arbitrarily and in bad faith”.

“Proclivity?” Mogoeng asked, adding “where does that come from? What is it that the judge has been reading to demonstrate some tendency, some track record, of operating, that she has been operating outside the bounds of the law?”

“Where does this come from? I don’t even understand it,” he said.

He added what “worried” him about “these kinds of statements”, when attached to an adverse cost order, was “the risk or the danger of the public and some lawyers beginning to think the way Mr Mpofu was understood by Justice Madlanga to have been implying”.

Earlier, Judge Madlanga, after Mpofu had stated that Mkhwebane had not misled the court about being cited and that she had simply taken advice from her lawyers, said “would this be the usual refrain in some matters? ‘I rely on the advice of my legal representatives?’ ”.

Mogoeng angrily stated that this could result in a judge “sort of looking at a person and saying ‘ah it is the public protector, she is known to be deserving of these kinds of cost orders’.”