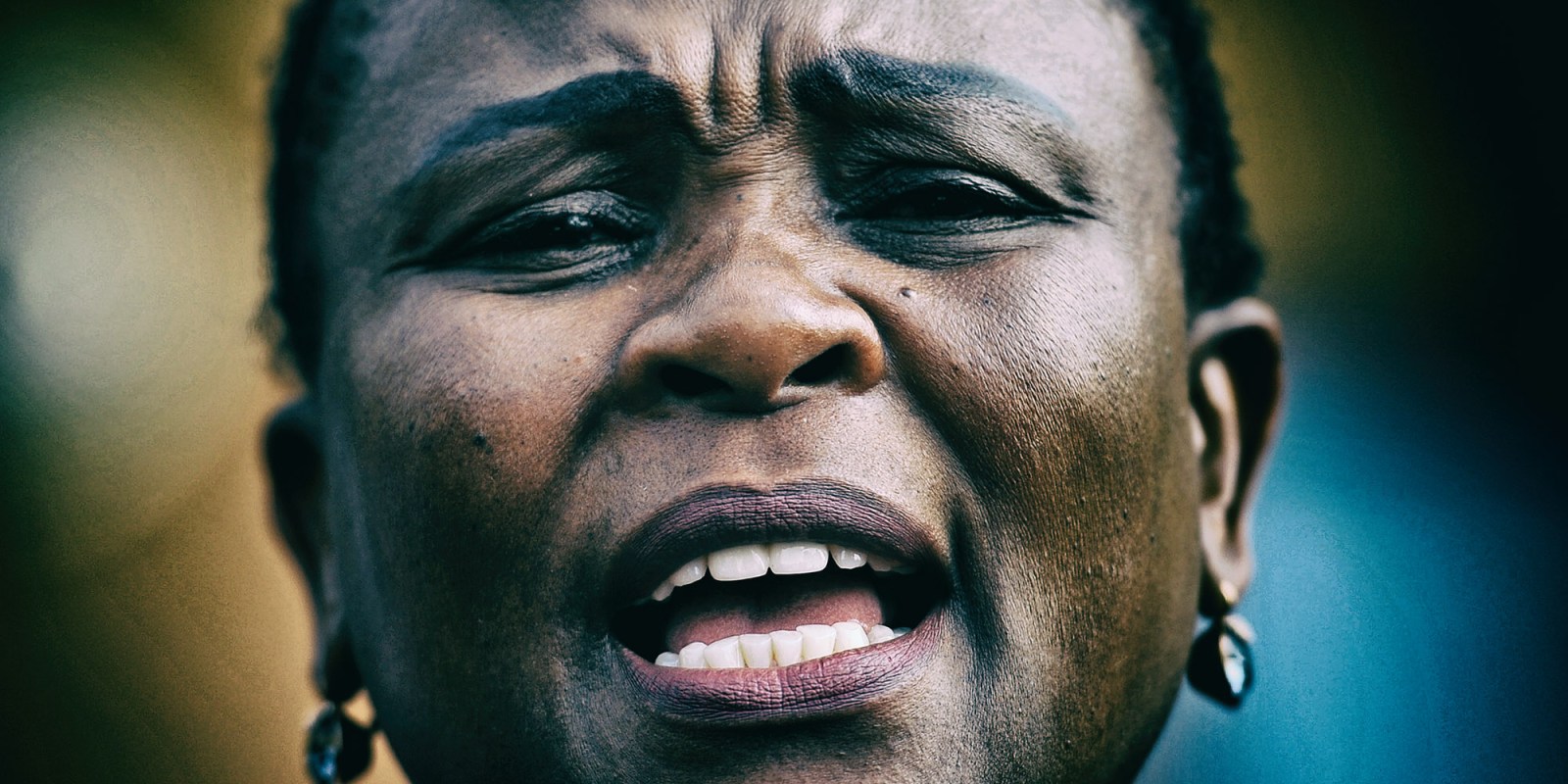 The public protector’s subpoena powers do not trump tax secrecy laws, the Pretoria High Court found on Monday. The affirmation of the supremacy of the Tax Administration Act served as the latest battleground for yet another scathing judgment against Busisiwe Mkhwebane.

The public protector (PP), Busisiwe Mkhwebane, has yet again acted in “bad faith” and “improperly in flagrant disobedience of the Constitution”, was “dishonest” in her dealings with the South African Revenue Service (SARS) and her conduct was “inexcusable” and “reckless”.

On Monday, Judge Peter Mabuse ordered Mkhwebane to pay 15% of SARS Commissioner Edward Kieswetter’s legal costs from her own pocket while her office must pay the balance.

Judge Mabuse’s withering judgment is another hot potato Mkhwebane will have to juggle in an attempt at fighting off Parliament, which has initiated proceedings to remove her from office.

Judge Mabuse found that the PP could have approached a high court with an application for access to a taxpayer’s information, or ask the taxpayer themselves to disclose the relevant information. The PP may not, however, subpoena a SARS official to provide her with this information.

That is because the Tax Administration Act states that any current or former SARS official must preserve the secrecy of taxpayer information and may not disclose such information to anyone who is not a SARS official.

The Public Protector Act does provide that any person “without just cause” who refuses a direction of the PP will be guilty of an offence. Yet a SARS official does not fall in this category, Judge Mabuse said.

Judge Mabuse agreed with advocate Jeremy Gauntlett, SC’s, argument for Kieswetter and SARS that the public protector is not an “exempted authority” under the Tax Administration Act – which basically means that SARS may not provide her with the tax information she asked for.

Gauntlett argued that SARS’ “excellence” in dealing with sensitive tax information is a pillar on which trust is built so that the public believe that SARS officials exercise their powers fairly. Advocate Dali Mpofu, SC, arguing for Mkhwebane and the Office of the Public Protector, did not challenge this argument, yet attempted to argue that the Public Protector Act trumps the Tax Administration Act.

The case has its roots in 2018 when then-DA leader Mmusi Maimane asked the public protector to investigate Zuma’s tax affairs, based on revelations of tax irregularities made by journalist Jacques Pauw in his bestselling book The President’s Keepers.

At the time, Mkhwebane acted against the advice of senior and junior counsel and issued a subpoena to then-acting SARS commissioner Mark Kingon, ordering him to hand over Zuma’s tax information.

SARS declined, arguing that the public protector was acting outside her mandate, that the Tax Administration Act trumps the Public Protector Act and that the revenue service is not allowed to provide Mkhwebane with Zuma’s tax information.

SARS’ stance was confirmed by an additional legal opinion from law firm Cliffe Dekker Hofmeyr attorneys, stating that “the public protector’s subpoena powers do not include the power to compel disclosure of SARS confidential information and taxpayer information”.

This does not undermine the effectiveness of the public protector, the law firm argued, because such tax information may be accessed with a successful application to the high court or obtaining the information from the taxpayer themselves.

Zuma later tried to enter the fray by commenting on Twitter and by attempting to hand in an affidavit to the court. The affidavit was filed very late and without proper procedure. Mpofu was “nonchalant about it”, Judge Mabuse said, and couldn’t “care less whether the court accepted or rejected” Zuma’s affidavit because, “according to him it served no purpose”. Zuma’s affidavit was, in the end, not admitted.

Said Judge Mabuse: “The lesson that the public protector should have learned from [Cliffe Dekker Hofmeyr’s] advice is that if public power is given to a public body to use for certain purposes it may not wrongly use it to achieve other purposes…

“The powers given the public protector to subpoena a witness to give evidence or to produce a document may not be invoked to coerce that witness to violate the law under which such a witness operates.”

It means Mkhwebane could either approach the court for permission to obtain Zuma’s tax information, or ask Zuma to provide it himself.

Mkhwebane did neither, but rather put pen to paper and said: “I do not agree with the reasons and conclusions” contained in the additional legal opinion and dismissed it without much ado. She persisted with her unsupported claim that she was entitled to access taxpayer information.

Judge Mabuse described the conduct of the public protector further as “inexcusable” when she refused the legal opinion that did not resonate with her own firmly held opinion. She instead consulted advocate Muzi Sikhakhane, SC, (already infamous for his disproved opinions about SARS) without SARS’ knowledge and then accepted his opinion because he confirmed her own.

“She was not honest,” Judge Mabuse found.

“She was mala fide [acting in bad faith]. She failed to uphold the Constitution. She was prepared to litigate recklessly. She acted improperly in flagrant disobedience of the Constitution and the law.”

In a big litigation no-no, Mkhwebane only disclosed Sikhakhane’s legal opinion to SARS in her answering affidavit.

“This was an example of litigating carelessly,” Judge Mabuse said.

Her critique of Cliffe Dekker Hofmeyr’s legal opinion is “not supported in any way by any analysis whatsoever of the opinion”.

The above “tell us something about the public protector,” Judge Mabuse concluded.

The courts are fast running out of descriptive words to explain their displeasure with the current public protector. The apex court in South Africa, the Constitutional Court sitting in Braamfontein, Johannesburg, in July last year also found that Mkhwebane acted in bad faith, dishonest, biased, reprehensible behaviour. DM