The DA debate? Probably not – Steenhuisen has nothing to gain and much to lose 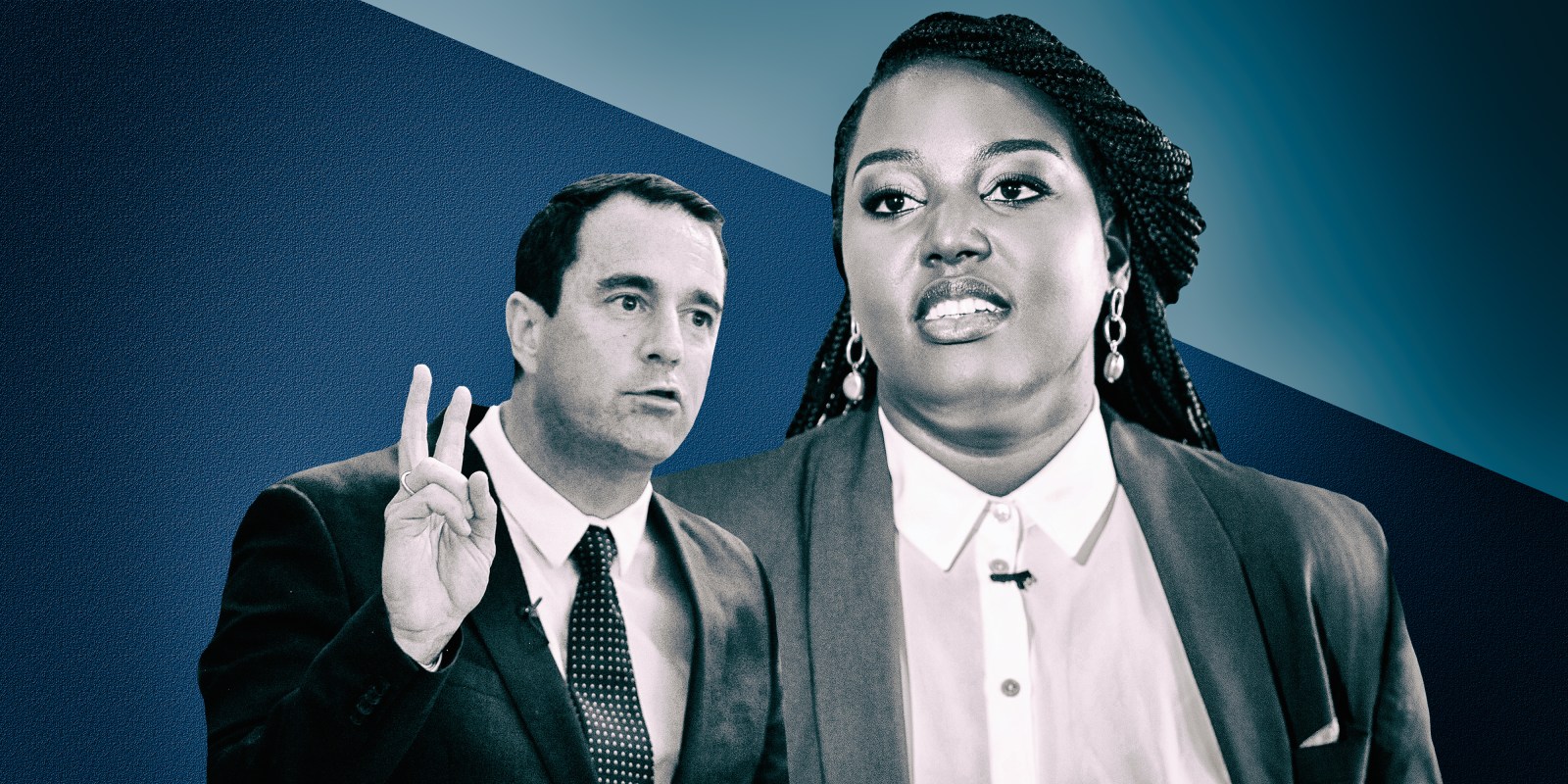 As the countdown towards the DA’s leadership contest starts to get into full swing, more questions are being asked about the party’s structure, and how it will hold that election. The newest development in the race is the challenge issued by Mbali Ntuli to the interim leader, John Steenhuisen, to a debate.

The issue itself is likely to shine a spotlight on to many dynamics in our society, simply because it is so rare to see leaders debate each other in a controlled setting (Parliament’s shouting matches mostly don’t count). And the way this plays out may well demonstrate how in these times a debate is not intended to change minds, but merely to shore up a base of voters.

It is generally assumed that Steenhuisen is the front-runner to be formally elected as the DA’s new leader when the conference finally happens. He has control of some of the party machinery, more experience, and has been the face of the party during the Covid-19 pandemic. Vitally, he is known for his performances in Parliament, where he played a key role in trying to hold former president Jacob Zuma to account.

Ntuli, on the other hand, is the challenger, the real outsider. Not only is she black while he is white, she is also a younger voice, representing the yet-to-be influential wing of the party.

It is impossible to ignore the importance of racial dynamics here. If Steenhuisen wins, the ANC and the EFF will use his race against him. If Ntuli wins, this weapon will fall away to an extent. Some of the recent growth of the DA can be attributed to the fact that it was harder to attack Mmusi Maimane than it was to attack Helen Zille.

So far, the argument about whether there should be a leadership debate has followed the normal lines. If you believe you will win a leadership contest it is much riskier to take part in a debate, while if you think you are behind in the contest, a debate is a good opportunity for gaining support.

Thus, even before the racial dynamic is considered, Steenhuisen would probably be well-advised to avoid a debate, if possible. He simply has nothing to win and so much to lose.

He is, of course, vulnerable to a debate on the issue of race. Ntuli could easily win support by pointing out that he benefited from apartheid while she and her family did not. It is also easy to make a political misstep, to say something controversial or that many people disagree with. The reason why the DA has so many arguments about the issue of race-based redress is because its members have wildly differing views on the subject. And Ntuli would surely push Steenhuisen for a straight and unambiguous response, on live TV.

If she were to damage him in the debate, but he were to win the leadership campaign anyway, the ANC could then use the clip against the entire party for years to come.

That said, it could also be argued that if Steenhuisen wins, he is going to spend much of his time debating and discussing race anyway. Thus, if he can’t do it now, he shouldn’t be campaigning for the top DA job at all.

There are many other risks — it is entirely possible for one moment, one soundbite, one tiny incident to define such a debate in the public mind.

In the famous 1960 debate between Richard Nixon and JFK, it is often claimed that those who listened on the radio thought Nixon had “won” the debate, while those who watched it on TV thought he had “lost” it. Part of the reason was that JFK just looked fresher while Nixon had a five o’clock shadow.

The ANC represents a wide range of interests. The situation we see now is partly the result of the fact that coalitions of different sectors of society came together from 1912 onward, united against first colonialism and then apartheid. Now that that is gone, those interests want different things, dividing the party ever-deeper, although it can appear more united during elections when it has an opponent to focus on.

In the 1980 debate between Ronald Reagan and Walter Mondale, it was widely expected that Mondale would be able to score points because of Reagan’s relatively advanced age. But he and his team could hardly have been prepared for Reagan’s quip that, “I will not make age an issue in this campaign. I am not going to exploit, for political purposes, my opponent’s youth and inexperience.” How do you come back from that?

This is a risk for both sides, but more so for the front-runner. The challenger usually has nothing – but also nothing to lose.

It should also not be forgotten how rare such a debate would be in our society.

Is it possible to imagine, even for a moment, the two principals involved in the political debate of our time speaking in public against each other? President Cyril Ramaphosa and ANC Secretary-General Ace Magashule? Such a thing is unthinkable.

In the run-up to the ANC’s 2017 Nasrec conference, the party was lucky to get all of the candidates together for a photo op during a dinner, never mind a debate. And while Ramaphosa spoke in public several times, his contender, Nkosazana Dlamini Zuma, spoke in public hardly at all. When she did, she did not take questions in a meaningful way (this has continued during the State of National Disaster, where she has not conducted interviews publicly or answered questions about the regulations she has signed… but then, Ramaphosa has not answered questions for several months either during this period).

It is also hard to see any kind of public debate within the EFF. In fact, it is hard to see the party without Julius Malema as its leader in the first place.

All of this goes to the heart of the challenge of politics in the first place: which is to build a coalition of interests in the contest for power, or to achieve some goal.

The ANC represents a wide range of interests. The situation we see now is partly the result of the fact that coalitions of different sectors of society came together from 1912 onward, united against first colonialism and then apartheid. Now that that is gone, those interests want different things, dividing the party ever-deeper, although it can appear more united during elections when it has an opponent to focus on.

The DA is in a similar position, and it also represents a wide range of interests. To put the differences between them on display in a debate can be damaging to the party, in a leadership election that could be divisive anyway.

For these reasons, it seems unlikely that Steenhuisen will agree to a debate. But that in itself is a victory of sorts for Ntuli. She will be able to claim that Steenhuisen is too scared, or unable to discuss race in public. Unfortunately for her, that doesn’t necessarily mean she will win the contest. DM