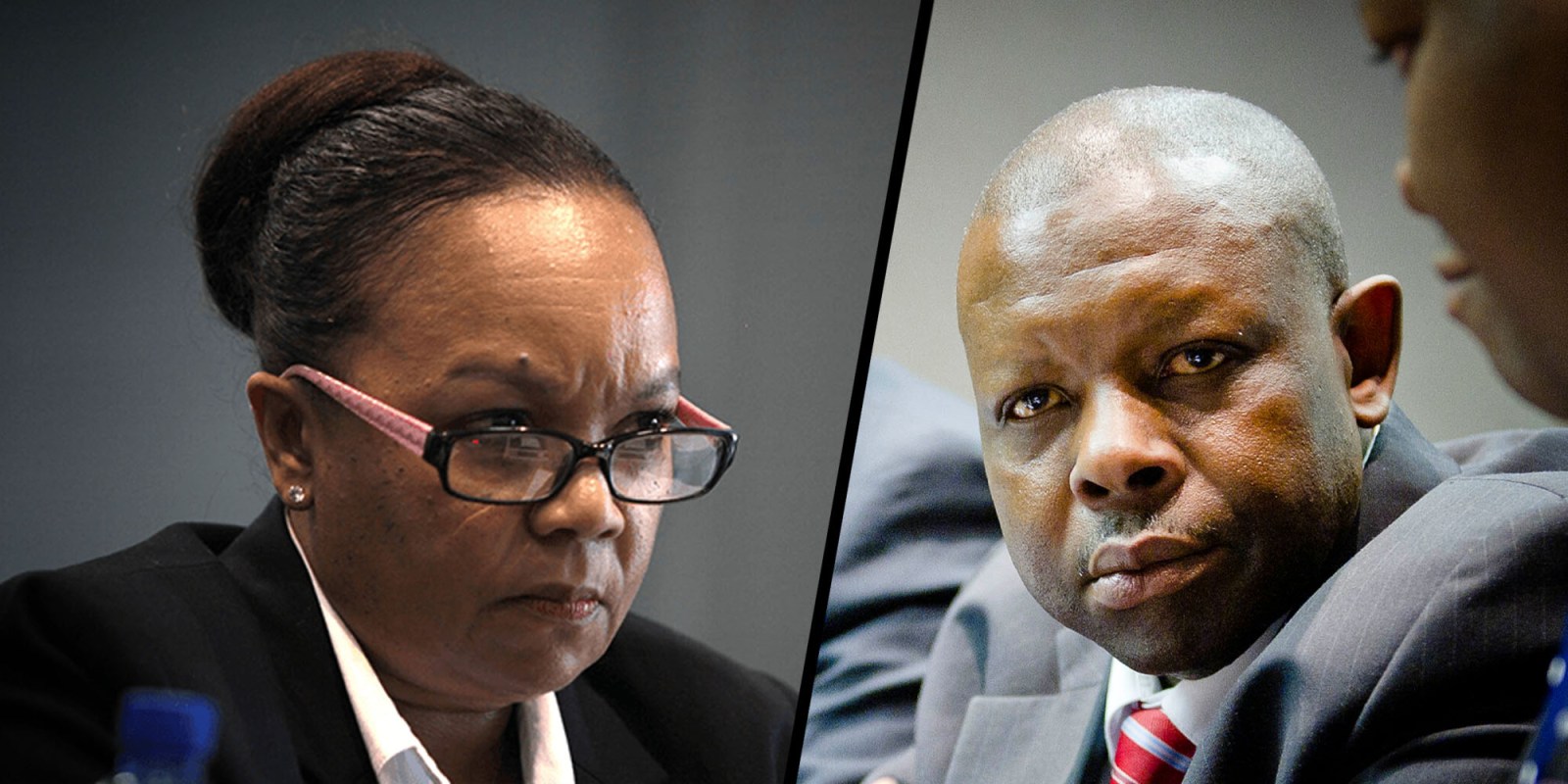 Three months after Western Cape Judge President John Hlophe’s lawyer Barnabas Xulu was ordered by the Western Cape High Court to repay R20-million in legal fees irregularly funnelled to his firm, Xulu complained to the Judicial Services Commission (JSC) about Hlophe’s deputy Patricia Goliath’s prior reluctance to sign off on an order for the amount.

Judgment in that matter was eventually handed down by Judge Owen Rogers in January 2020 ordering Xulu’s firm, Barnabas Xulu Incorporated (BXI), to repay R20-million in legal fees it had irregularly received from the Department of Agriculture, Forestry and Fisheries in 2018.

In March 2020 it was revealed in another High Court matter involving Minister of Environment Affairs, Forestry and Fisheries Barbara Creecy and Xulu, that it was Hlophe, who in September 2018 had issued “in chambers” an order appointing Xulu’s firm as “implementing agents” in a more than R100-million US repatriation settlement order.

The matter related to “lobster King” Arnold Bengis who had been ordered by a US Court of Appeals to pay restitution to the South African government for illegally harvested south and west coast lobsters.

Goliath had originally been allocated the matter, but had been hesitant to consent to the order as it “involved a lot of money”.

Goliath had also informed Xulu that she would be requesting further information about the deal from the National Treasury, the State Attorney, the NDPP and then minister of Agriculture, Forestry and Fisheries, Senzeni Zokwana.

After Xulu and his senior counsel, Thabani Masuku, visited Judge Goliath in chambers (a meeting that was secretly recorded, not by Goliath) they complained to Hlophe about Goliath’s “conduct” and “delays”.

In May 2019, Goliath withdrew from that matter which was then allocated to Judge Elize Steyn who issued the order for the payment to Xulu. The Rogers judgment in March 2020 then put a spoke in Xulu’s wheels. It is a ruling Xulu has appealed against.

On Wednesday 26 August 2020, Judge Phineas Mojapelo, a member of the Judicial Conduct Committee (JCC), dismissed Xulu’s complaint against Goliath saying there was no need for a formal hearing.

Goliath has faced a sustained attack from her boss Hlophe in the aftermath of a complaint she filed with the JSC in January 2020 alleging various instances of gross misconduct on Hlophe’s part. Goliath’s allegations included that he had assaulted fellow Judge Mushtak Parker.

On 3 July 2020 Chief Justice Mogoeng Mogoeng, as chairperson of the JCC, announced that Hlophe would face a misconduct tribunal which could lead to impeachment and that the Judge President had a case to answer with regard to his alleged assault on Parker.

At the same time, Mogoeng dismissed Hlophe’s counter-complaint against Goliath which in turn led Hlophe, through Xulu, to appeal against the decision on 7 July 2020.

Hlophe, in his appeal, accused the Chief Justice of harbouring an anti-Muslim bias in making his decision.

“Our client is Muslim, so is his wife [Judge Gayaat Salie-Hlophe] and Parker J, all who appear to have been the victims of a stinging rebuke and ruling of the chief justice”.

Hlophe has previously accused Goliath of being a racist and has since added further accusations that both Mogoeng and Goliath had acted in some sort of “conspiracy” in an attempt to get Parker to lodge a complaint with regard to the alleged assault.

Mogoeng in May 2020 confirmed to Daily Maverick that the meeting with Goliath had taken place and that she had raised the alleged assault on Parker.

Mogoeng had informed Goliath that a failure by Parker to report the assault to the JCC “would be a betrayal of what Judgeship or the Judiciary is all about”.

Ten judges of the division deposed to affidavits to the JSC in support of Goliath’s original complaint, confirming that Parker had informed them all that he had been assaulted by Hlophe in 2019.

Parker had, in fact, also deposed to an affidavit shortly after the alleged assault, confirming it took place.

Hlophe has since launched a vicious attack on the Chief Justice accusing him of “lacking integrity”. Hlophe has insisted that no assault took place and has intimated that Parker would back this up.

Hlophe has told the JCC that Parker had informed Goliath that he would not be lodging a complaint against Hlophe “as he had not been assaulted”.

Parker, meanwhile, will himself face an impeachable conduct tribunal the JCC announced in June 2020.

Parker will have to explain, said JCC Acting Chair, Deputy Chief Justice Raymond Zondo, why he had told a number of colleagues that Hlophe had assaulted him “when he knew quite well that there had been no such assault”.

The second complaint against Parker was lodged by the Cape Bar Council in which Parker is accused of being dishonest in a JSC questionnaire prior to his interview for the bench.

In this instance, Parker is accused of failing to disclose that a firm at which he had practised as a partner had an R8-million deficit in its trust account.

The dismissal of Xulu’s complaint against Goliath bolsters her standing as a key witness in the case against Hlophe. DM