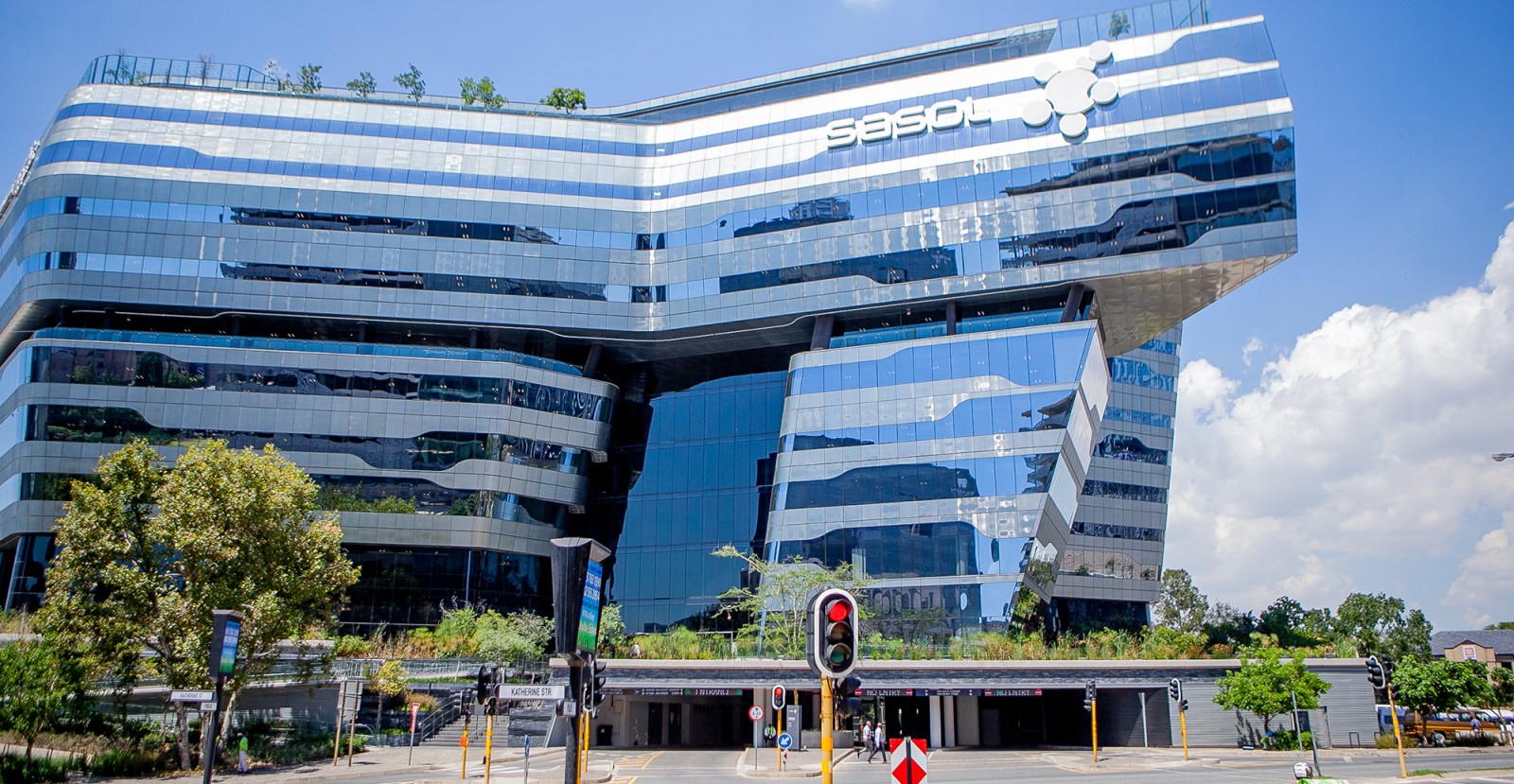 A general view of the Sasol Head Office on Katherine Street in Sandton on March 09, 2020 in Sandton, South Africa. (Photo: Gallo Images/Sharon Seretlo)

Petrochemicals giant Sasol just posted a staggering loss of R91.3-bn for the 12 months to the end of June compared with earnings of R6.1-bn the previous year. The Covid-19 pandemic is wreaking havoc across the corporate world with the oil sector among the hardest hit.

In a SENS statement on Monday 17 August, the company said the loss stemmed from “the combined effects of unprecedented low oil prices, destruction of demand for products and impairments of R111.6-billion”. With Sasol, nothing is ever on a small scale. By way of comparison, that loss exceeds South Africa’s recent IMF loan and is about twice the size of Lesotho’s economy.

Sasol was grappling with a number of challenges even before the pandemic zapped global oil prices and demand, including cost huge overruns at its mammoth chemicals project in the US state of Louisiana. But such issues were dwarfed by Covid-19, which has triggered tens of billions of dollars in asset write-downs across the oil and gas sector and littered that landscape with scuppered projects.

In the face of the pandemic, Sasol renegotiated terms with its lenders and managed to raise additional debt to shore up its balance sheet. As of 30 June 2020, the company’s total debt was R189.7-billion compared with R130.9-billion the year before. About R175-billion of that is denominated in dollars, or $10.1-billion. The aim is to cut that to $4-billion by the end of next June through “self-help” measures including potential job cuts, asset sales of $2-billion to $4-billion, and a rights issue of up to $2-billion.

The company said on 29 July that it would sell 16 air separation units in Secunda – the world’s largest oxygen production site – to France’s Air Liquide for R8.5-billion. Sasol is also selling an equity stake in its Mozambican pipeline and power plant. And more asset sales are in the pipeline, CFO Paul Victor told Business Maverick in an interview.

“There are also a lot of other assets (up for sale) which we haven’t disclosed for sensitivity reasons and we are busy in negotiations with parties. Our asset list does allow us to get up to $4-billion,” Victor said.

That is a good sign and indicates that there is investor appetite for Sasol assets. Of course, bargain hunters will also be looking for fire sales.

Job cuts are also looming, but there are no specific details on that front yet. Sasol signalled in June its intention to cut an unspecified number of jobs, saying in a letter to unions that the group’s viability was in question without “stringent measures.”

Stay tuned for future Sasol market updates and announcements which are expected by November. The share dropped 4.45% on the news and is down around 50% year-to-date. DM/BM