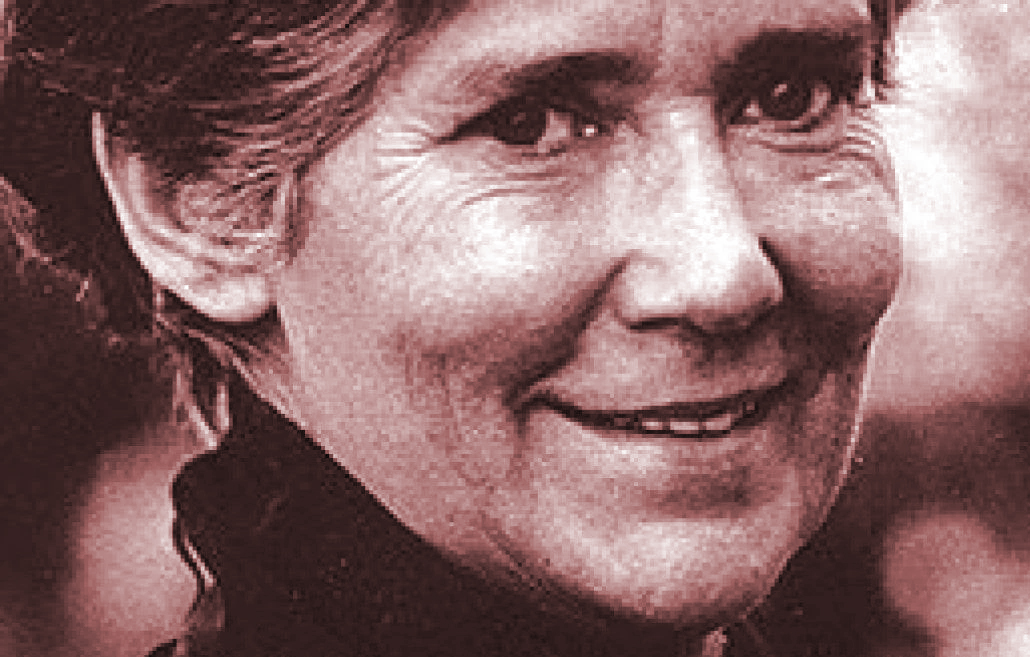 South African-born Diana EH Russell, world-renowned feminist activist, scholar, and author, died on 28 July in Oakland, California. She was 81 years old. The cause of her death was respiratory failure.

Diana Russell devoted her life to the remediation of crimes against women. She authored numerous books and articles on marital rape, femicide, incest, misogynist murders of women, and pornography.

In addition to her scholarship, Russell was a grassroots organiser. In the mid-1970s, she started lobbying feminists around the world.

Her organising efforts resulted in the first International Tribunal on Crimes against Women, in Brussels, Belgium. Two thousand women from 40 countries heard first-hand accounts of the gender-related violence and oppression that tribunal speakers had experienced.

Simone de Beauvoir in her introductory speech to the tribunal said: “I salute the international tribunal as the beginning of the radical decolonisation of women.”

Later, Russell and Belgian feminist Nicole van de Ven documented the event in a book, Crimes Against Women: The Proceedings of the International Tribunal.

Diana Russell was born and raised in Cape Town, South Africa, the fourth of the six children of a South African father and a British mother. After completing her Bachelor’s degree from the University of Cape Town, at the age of 19, Russell left for the United Kingdom.

In Britain, she enrolled in the London School of Economics in Political Science. In 1961, she completed a Master’s degree and received the prize for the best student in the programme. In 1963 she was accepted into an interdisciplinary PhD program at Harvard University and she moved to Boston. Her research focused on sociology and the study of revolution.

Russell’s research focus stemmed from her own involvement in the anti-apartheid movement in South Africa. In 1963, Russell had joined the Liberal Party of South Africa that had been founded by Alan Paton, the author of Cry the Beloved Country. While participating in a peaceful protest in Cape Town, Russell was arrested with other party members. She came to the conclusion that non-violent strategies were futile against the brutal violence and repression of the white Afrikaner police state.

Thereafter, she joined the African Resistance Movement (ARM), an underground revolutionary movement fighting apartheid in South Africa. The principal strategy of the ARM was to bomb and sabotage government property, and though Russell was only a peripheral member of the ARM, she still risked a 10-year incarceration if caught. During this period, Russell’s father was a member of Parliament of South Africa.

After completing her doctorate, Russell was hired as a sociology professor at Mills College in Oakland, California. During her first year, she co-taught the first course on women ever offered at Mills. Eventually this course led to the development of the Women’s Studies curriculum at Mills –one of the first in the US.

In 1977, Russell conducted an extensive series of in-depth interviews with women. Data she gathered from these 900 interviews appeared in a series of books: Rape in Marriage (1982), Sexual Exploitation: Rape, Child Sexual Abuse, Workplace Harassment (1984), and The Secret Trauma: Incest in the Lives of Girls and Women (1986). The Secret Trauma, the first scientific study of incestuous abuse ever conducted, was the co-recipient of the prestigious C Wright Mills Award in 1986.

In 1987, Russell travelled to South Africa to conduct interviews with revolutionary women activists in the anti-apartheid liberation struggle. Upon her return, she published Lives of Courage: Women for a New South Africa (1989).

In 1993, Russell edited an anthology on pornography, Making Violence Sexy: Feminist Views on Pornography. Her 1994 book, Against Pornography: The Evidence of Harm, which included 100 pornographic photos, made the connection between pornography and increased incidents of rape.

Perhaps Russell’s most significant theoretical contribution to the field of women’s studies was a single word. In 1976 Russell redefined “femicide” as “the killing of females by males because they are female”.  Russell’s intention was to politicise the term.

Feminist movements in many countries in Latin America, including Mexico, Guatemala, Costa Rica, Chile, and El Salvador, have adopted the use of Russell’s politicized “femicide” and have successfully used it socially, politically and legally to address lethal violence against women in their respective countries. In 1992, she co-edited an anthology, Femicide: The Politics of Woman Killing.

In addition to her publications, Russell always found time for boots-on-the ground activism. She was often on the front lines of feminist protests in the USA, South Africa, Europe, and the UK.

On the occasions when she allowed herself time-outs from her work, she shared a meal with one of her friends. Those of us fortunate enough to be included in her circle were awed by her single-minded dedication and her remarkable achievements. In addition to our reverence for her, we loved her.

For many months, she was the solo picketer outside a Berkeley, California restaurant owned by a trafficker in underage girls. Her acts of civil disobedience often satirised her targets.

In 1991, for example, a waitress refused to serve a male customer because he was reading Playboy. She was fired for her act of rebellion. Playboy boss Hugh Hefner responded by flying in a large quantity of issues of his magazine that were distributed free to all the diner customers to read. Diana and six friends dressed as waitresses and served ketchup-covered penises and testicles (adroitly sculpted hotdogs) on plates to the crowd that had gathered outside.

For her various acts of civil disobedience, Russell paid a price. She was sued, arrested a half dozen times, and, on occasion, physically attacked. She remained undaunted.

She continued to start feminist organisations. In 1977, Russell co-founded Women Against Violence in Pornography and Media (WAVPM), the first feminist anti-pornography organisation in the United States and internationally.

She also founded FANG (Feminists’ Anti-Nuclear Group) in response to the failure of the peace movement to recognise the role of patriarchy in the development of nuclear arms.

This culminated in the publication of Exposing Nuclear Phallacies (1989), designated an Outstanding Book on human rights in the United States by the Gustavus Myers Center in 1990.

In 1993, Russell initiated an organisation called Women United Against Incest, which supports incest survivors with legal assistance against their perpetrators. Similarly, she created the first TV programme in South Africa where incest survivors talk in person about their experiences.

After spending a half-century conducting research, writing and publishing books and articles, public speaking, and political activism to combat male sexual violence against females, Russell shifted her attention to her memoirs. She died before she could complete them. For a more complete summary of Russell’s life and accomplishments, please visit her website: www.dianarussell.com.

Consonant with her egalitarian values, Russell lived in a collective household with several other women and a succession of cherished rescue dogs.

On the occasions when she allowed herself time-outs from her work, she shared a meal with one of her friends. Those of us fortunate enough to be included in her circle were awed by her single-minded dedication and her remarkable achievements. In addition to our reverence for her, we loved her.

She is survived by her sister Jill Hall, scores of friends and co-activists, and the thousands of women who owe their survival to her work.

In her honour, donations can be made to any feminist organisation or to your local animal shelter. DM