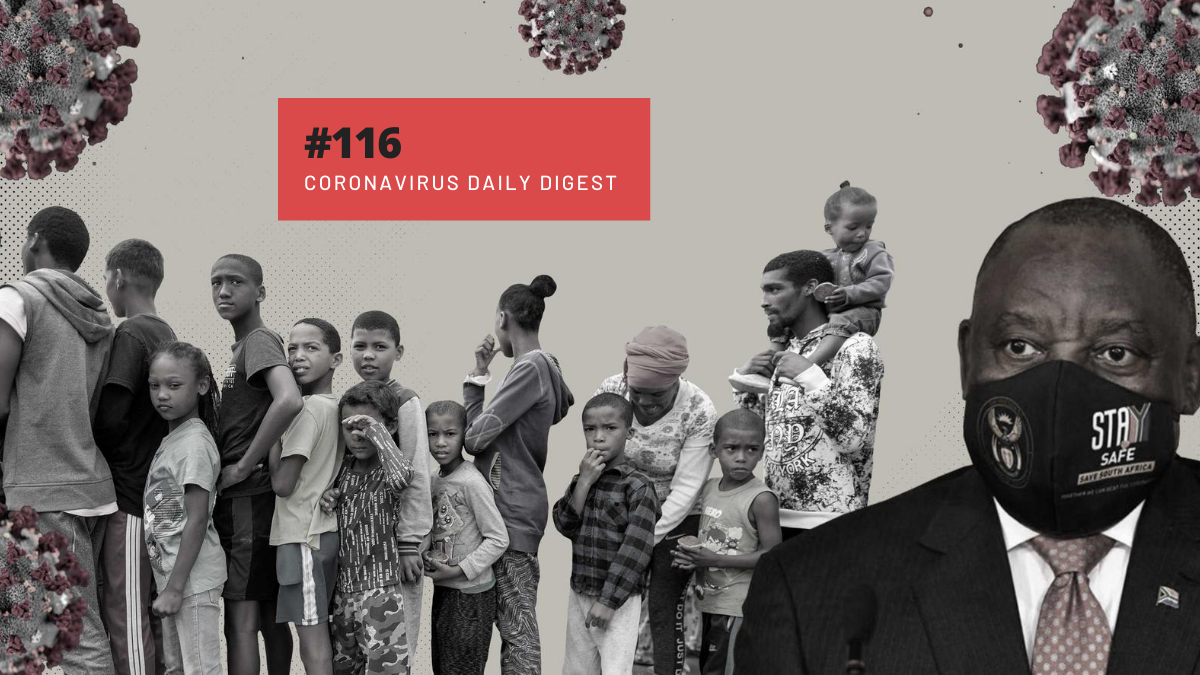 On Wednesday, Health Minister Zweli Mkhize said there is reason for ‘cautious optimism’ as the country’s Covid-19 infection rate seems to be declining. Meanwhile, SECTION27 has expressed disappointment in the particulars of the government’s plan to restart the National School Nutrition Programme.

Scroll through the gallery below to view the latest Covid-19 numbers available on 5 August at the district level. All maps are sourced from provincial health departments. The Gauteng health department has not released these numbers since 2 August, when it published a notice that “data harmonisation” would delay the release of figures for that day. In addition, Free State, Eastern Cape and Mpumalanga did not provide an update by the time of publishing:

Health Minister Zweli Mkhize is “cautiously optimistic” about an apparent downward trend in South Africa’s Covid-19 infection rate. Speaking during Wednesday’s briefing on the outbreak, he said lockdown restrictions will probably stay put to prevent a second, bigger surge. In addition, Covid-19 tests will be done in all cases of sudden death to improve death records.

Daily-Digest-Outbreak-Decline: A chart showing the total number of Covid-19 tests performed alongside the positive cases confirmed in South Africa over time, according to data from the National Ins

Some key figures from the briefing:

As Estelle Ellis reports, the first 17 health experts from the World Health Organisation’s Surge Team will arrive in South Africa on Wednesday. They will be deployed to Eastern Cape, Free State, Gauteng, KwaZulu-Natal and Mpumalanga.

A @WHO team of more than 40 health experts will arrive in South Africa🇿🇦 to strengthen the country’s #COVID19 response. W/ South Africa now among the top 5 countries affected, the task force will support surveillance, case management, #IPC & other areas.https://t.co/XG8RMPr61Z pic.twitter.com/mIq3WvCox4

Minister of Basic Education Angie Motshekga and the provincial MECs have submitted their court-ordered plans on fully resuming the National School Nutrition Programme. The legal representative for two Limpopo school governing bodies, SECTION27, is concerned that the plans are incapable of being implemented as they lack detail and coherence. The plan will be finalised by the end of August and requires additional funding from the Treasury. Zukiswa Pikoli outlines the MECs’ reports on their progress so far.

Meanwhile, most national parks are set to reopen accommodation to intra-provincial travellers from next week Friday, according to SANParks. They will allow tour operators to give guided safari vehicle tours once the relevant regulations are gazetted. Guests will have to provide proof of residence to show that they live in the province in which the park is located. DM/MC