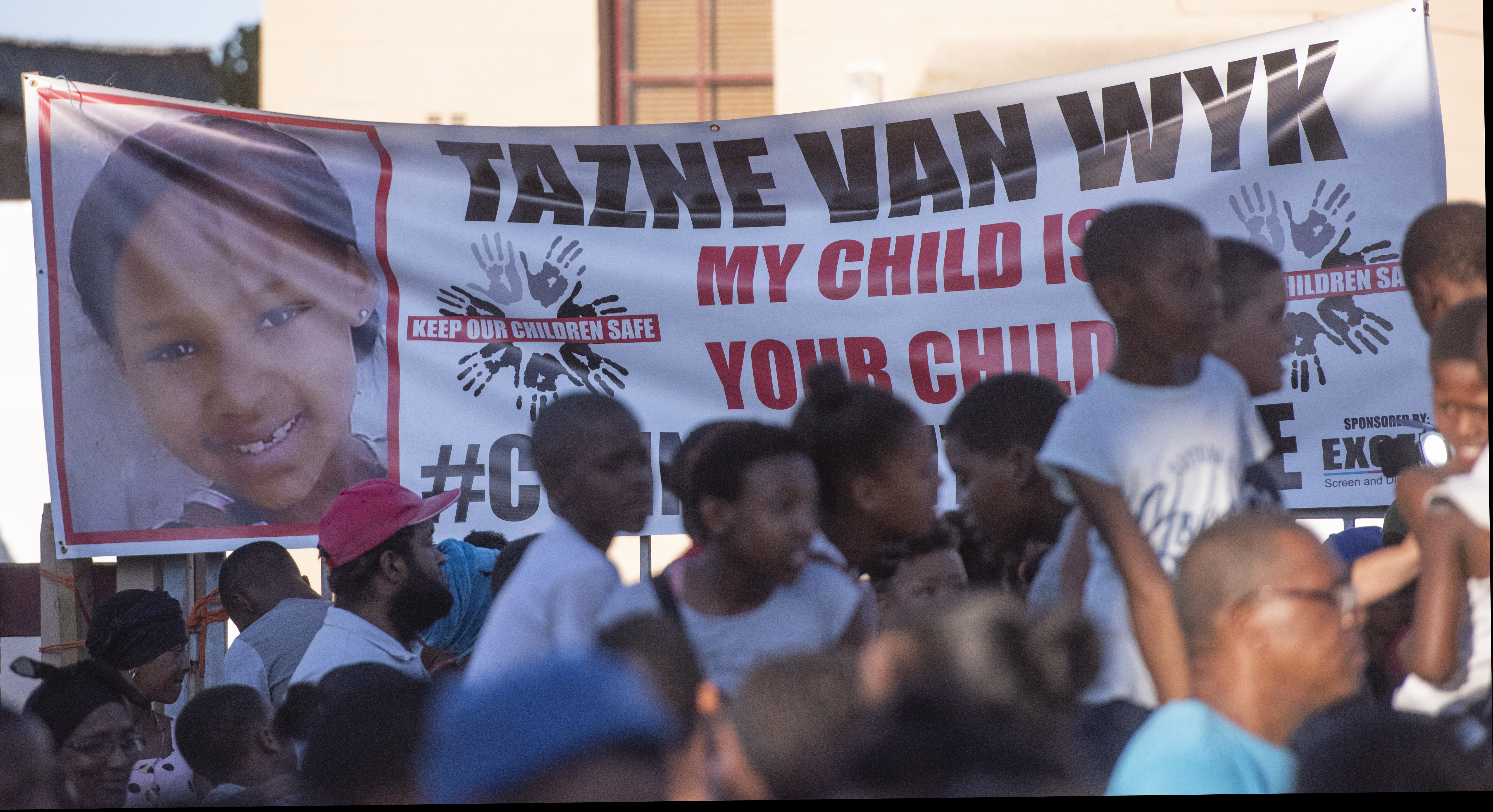 Tazne van Wyk was found murdered in February this year. She was just eight years old and lived in Elsies River, Cape Town. Her alleged killer, Moyhdian Pangarker, is set to be indicted for rape, murder, and kidnapping on 17 August 2020.

Courtroom C was quiet, with only court officials and the defence legal team present. Pangarker was escorted into the courtroom by a single police officer.

Both of Pangarker’s palms were wrapped in white bandages (reasons for which are unknown), with the tips of his fingers exposed for a police officer to take his fingerprints.

While Pangarker was soft-spoken as he announced that his hearing was impaired, he appeared emotionless and indifferent to the court.

Pangarker will be indicted on 17 August.

He was remanded without bail and will remain in custody at the Goodwood correctional facility until his trial date.

One of Pangarker’s first appearances on 21 February at Goodwood Magistrates’ Court was marked by several protesters gathering and calling for justice.

Pangarker was due to appear on 17 April 2020. However, due to the Covid-19 pandemic and subsequent lockdown, the matter was postponed to 31 July.

Tazne van Wyk disappeared while going to a tuck shop near her home in Elsies River in early February 2020.

Two weeks after her disappearance, Pangarker led police to the body of the child in a stormwater pipe just outside Worcester.

Pangarker was released on parole in October 2016 after serving eight years of a 10-year sentence for culpable homicide. DM/MC