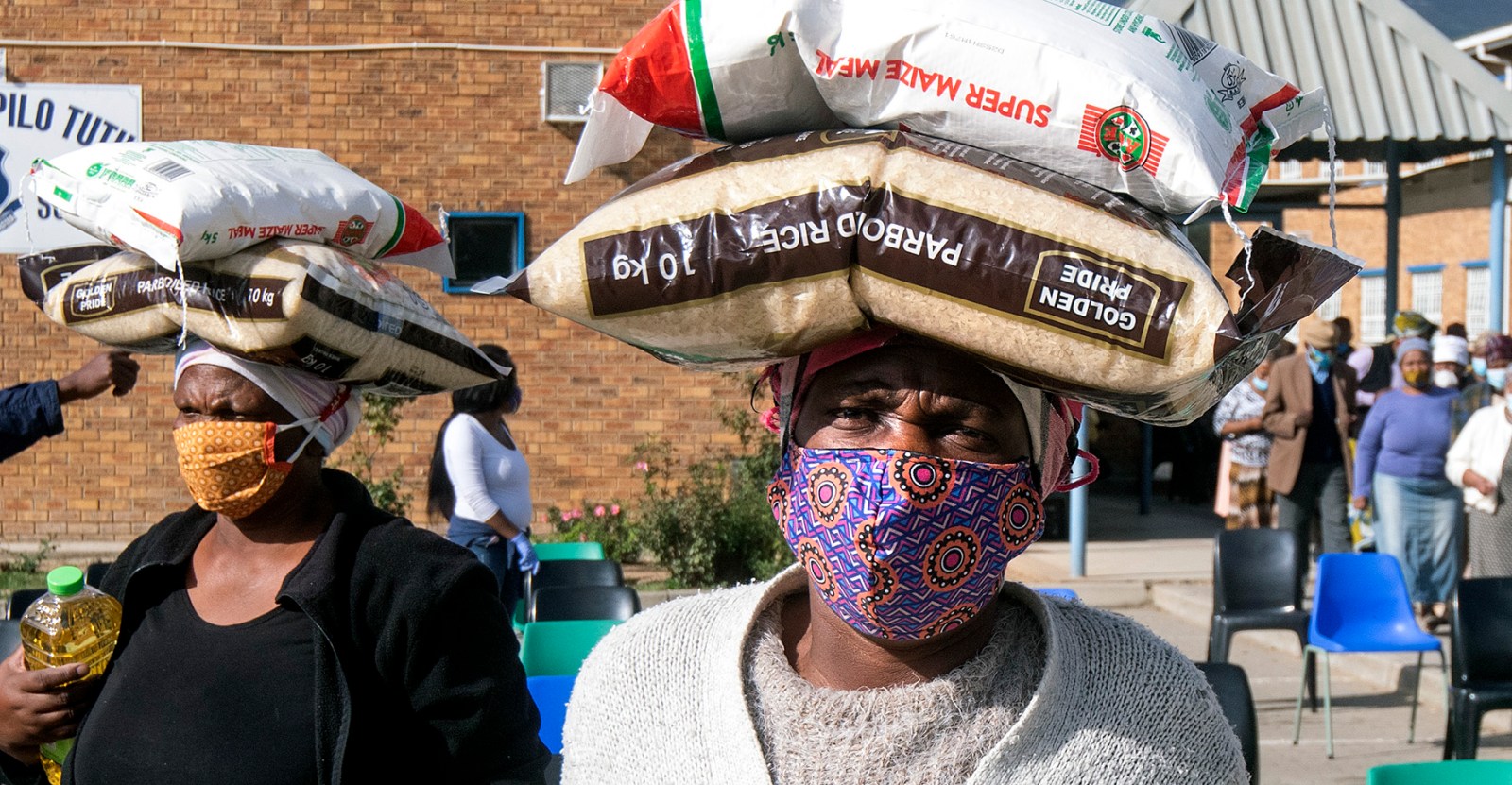 PAARL, SOUTH AFRICA - MAY 13: Gift of Givers hands out 1250 food parcels and 1250 hygiene packs to Mbekweni residents at Desmond Tutu High School on May 13, 2020 in Paarl, South Africa. According to a media release, the Gift of Givers team were approached by members of the Mbekweni community for assistance as they are battling to survive the lockdown. (Photo: Gallo Images/Brenton Geach)

That Covid-19 is not just a health pandemic but a humanitarian crisis was a key theme running through a sitting of the Western Cape legislature.

As the Western Cape Department of Social Development held a budget vote debate on the morning of Friday 31 July, it became clear the coronavirus pandemic was not only a health crisis but a humanitarian one as well.

Yet acknowledgement of this did not stop the usual politicking in the legislature.

MEC for Social Development Sharna Fernandez, replying to comments made by various legislators during the debate, said: “I agree with minister Maynier (David Maynier, Finance and Economic Opportunities MEC), it does seem like we are on our own.”

The province’s Special Adjusted Budget for Covid-19 was tabled by Maynier last Thursday with departmental vote debates being conducted since then. Read Daily Maverick’s coverage here and here.

Fernandez said her department, along with civil society, had worked extremely hard to provide relief to communities in the province but there had been delays – mainly through bans on cooked food by the Department of Social Development and delays in the provision of grants provided by the South African Social Security Agency(Sassa).

Touching on recent land invasions and protests in the City of Cape Town, Fernandez said, “When there is unrest and gangsterism, we cannot get food to people who need it the most.”

“Coming to the Western Cape, the self-righteous and holier than thou MEC must tell the truth that in this budget there is no additional allocation made,” said Bakubaku-Vos. “While it may seem like the adjusted appropriation is increased by R7.9 million, the reality is that R17.8 million has been moved away from this department. The additional R25.7 million is roll-overs from unspent funds from last year.”

Bakubaku-Vos questioned why more than R30 million was taken away from a sanitary project meant to help women from poor communities, saying, “This department is taking away women’s dignity,” and questioned why there were no additional budgets for women empowerment projects.

“We know very well these food parcels have been distributed to DA volunteers,” said an EFF member of the legislature, Nosipho Makamba-Botya.

The EFF and ANC rejected the budget vote. Brett Herron, from the GOOD party described the department’s budget allocations as “inadequate” to provide humanitarian relief. Peter Marias from the Freedom Front Plus said, while listening to debates, he found “each department had hidden its shortcomings behind Covid-19 … Covid-19 has become a bogeyman”. Marias said he would have liked to have seen a specific allocation for poverty alleviation projects.

Responding, Fernandez said she needed to clear up a few things: services provided by Sassa left “a lot to be desired”, with post offices in Western and Eastern Cape on Thursday running out of money for people wanting to draw their social distress relief grants of R350.

“I do want to say national government has failed to feed the poor … we need national government to come to the party. We simply cannot maintain the humanitarian programme”. Addressing Makamba-Botya’s claims about party bias in food parcel handouts, Fernandez declared: “That is a blatant untruth.”