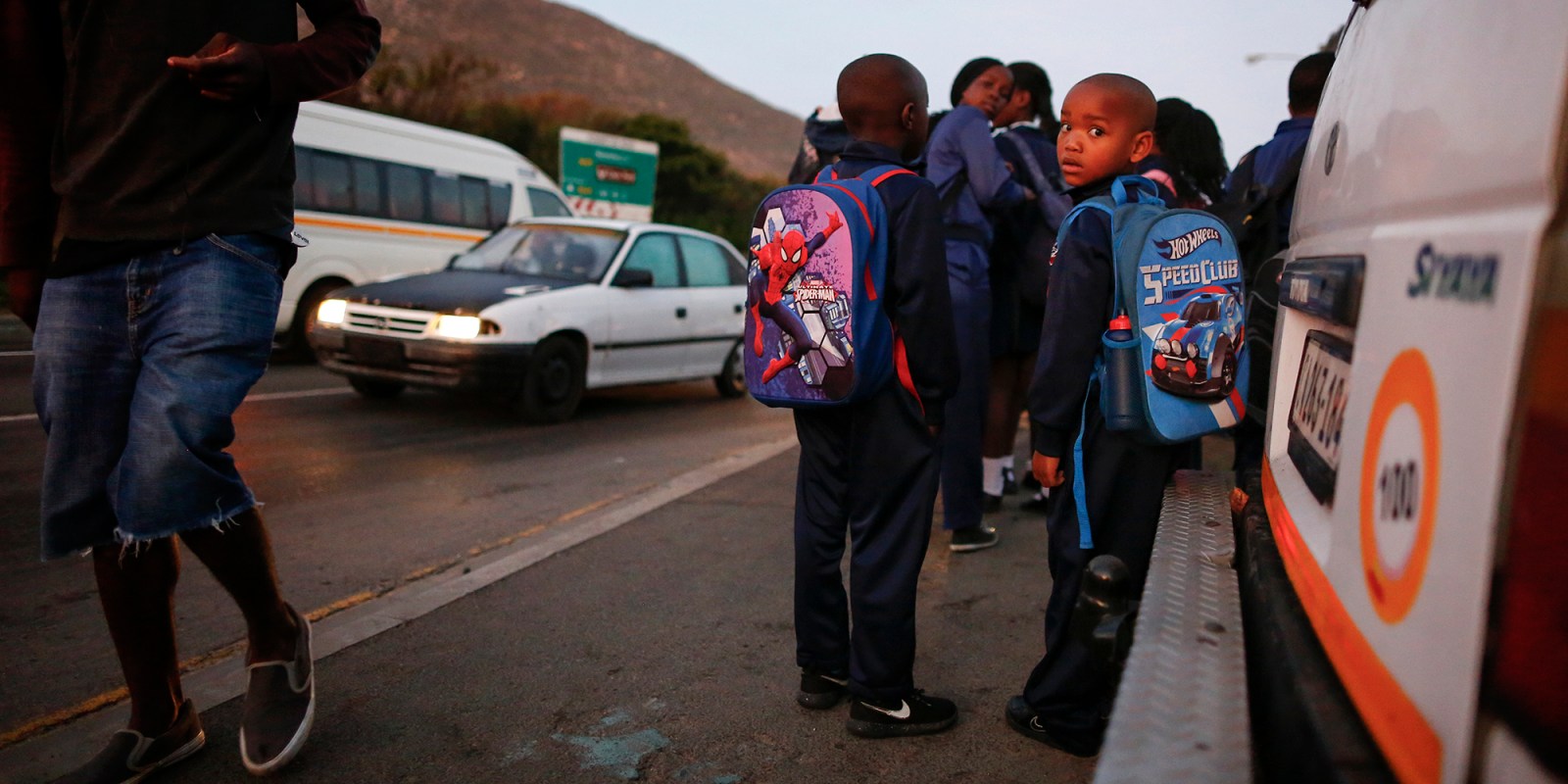 EFF MPL Makamba-Botya asked the Western Cape provincial legislature why there was no transport for learners to get to school safely. (Photo: EPA / Nic Bothma)

Against the national backdrop of allegations of corruption in the procurement of personal protective equipment against ANC members, the Western Cape Provincial Legislature’s departmental budget votes stressed the importance of serving residents of the province during the Covid-19 pandemic.

Thursday 30 July 2020 was spent on Special Adjustment Budget debates in the Western Cape Legislature, following Finance and Economic Opportunity MEC David Maynier’s “Budget to Beat Covid-19” which was tabled a week ago.

Earlier in the day during the Health Department’s budget vote debate, Health MEC Nomafrench Mbombo accused the national government and the Presidency of not sticking to its promise of providing financial assistance sooner rather than later.

Continuing in the same vein, MEC Anton Bredell said the provision of R16.2-million towards humanitarian relief for municipalities in the province was because of the “failure” of Sassa [the South African Social Security Agency] which closed its offices during lockdown.

DA spokesperson for local government Derrick America said, “I stand here to assure residents that we will still offer value for their money – after all, this budget is for you, the people of this province… unlike the ANC in KwaZulu-Natal, we do not inflate prices of blankets to line the pockets of cadres… unlike the ANC in the Eastern Cape, we do not skim profits for food parcels so comrades are enriched.”

Alluding to the procurement scandal unfolding in Gauteng, America said that “unlike the ANC in Gauteng, we do not grant tenders through the backdoor to our partners or families”.

In the debate for the Education Department, the DA-led government and its MEC for Education, Debbie Schäfer, were accused of putting the needs of Model C schools ahead of poor schools.

Opening up her department’s budget vote session, Schäfer said, “the downward spiral of the economy has put immense pressure on our department”.

The department was allocated a budget of R310-million for the provision of personal protective equipment, which included two masks for every learner in the province, cleaning materials and other cleaning equipment. The MEC said this cost has now exceeded R400-million. This money was taken out of the province’s infrastructure budget, but had not seen any support from the national government, she said  – “not a single cent” – and added that there was “no spare money… there is no fat to cut” from the provincial department.

The MEC confirmed there had been 30 Covid-19-related fatalities in the education department.

The ANC spokesperson on Education, Muhammad Khalid Sayed, said, “This department’s bias towards former model C schools is clear for all to see… the end result of this will be widening the inequality gap between the rich and poor schools.”

The DA spokesperson on Education, Lorraine Botha, said, “national government has effectively decreased the Western Cape’s education budget by over R150-million… yet, we continue to innovate and keep learners fed, safe, and with the promise of a brighter future”.

She said Covid-19 had compelled the government to tighten its belt, but “it also revealed that education is still not a priority for the ANC government despite more than 20 years of governance… infrastructure grants make facilities conducive for teaching and learning, without it, provinces are unable to improve or expand services”.

Closing off the debate, Schäfer said “education can’t pick up the tab for the ANC’s incompetence” and added that Makamba-Botya was right – schools should be fixed, but her department faced budget cuts.

The ANC, EFF and Al Jamah rejected the department’s budget, but it was passed with the support of the DA, GOOD and the African Christian Democratic Party.

More departmental budget votes, including those for Community Safety, Finance, and Human Settlements are scheduled for Friday 31 July, with the provincial budget expected to be passed when all the budget debates have concluded in the afternoon. DM