Nomvula ‘Mama Action’ Mokonyane denied all, but revealed everything about where the heart of corruption lies in SA 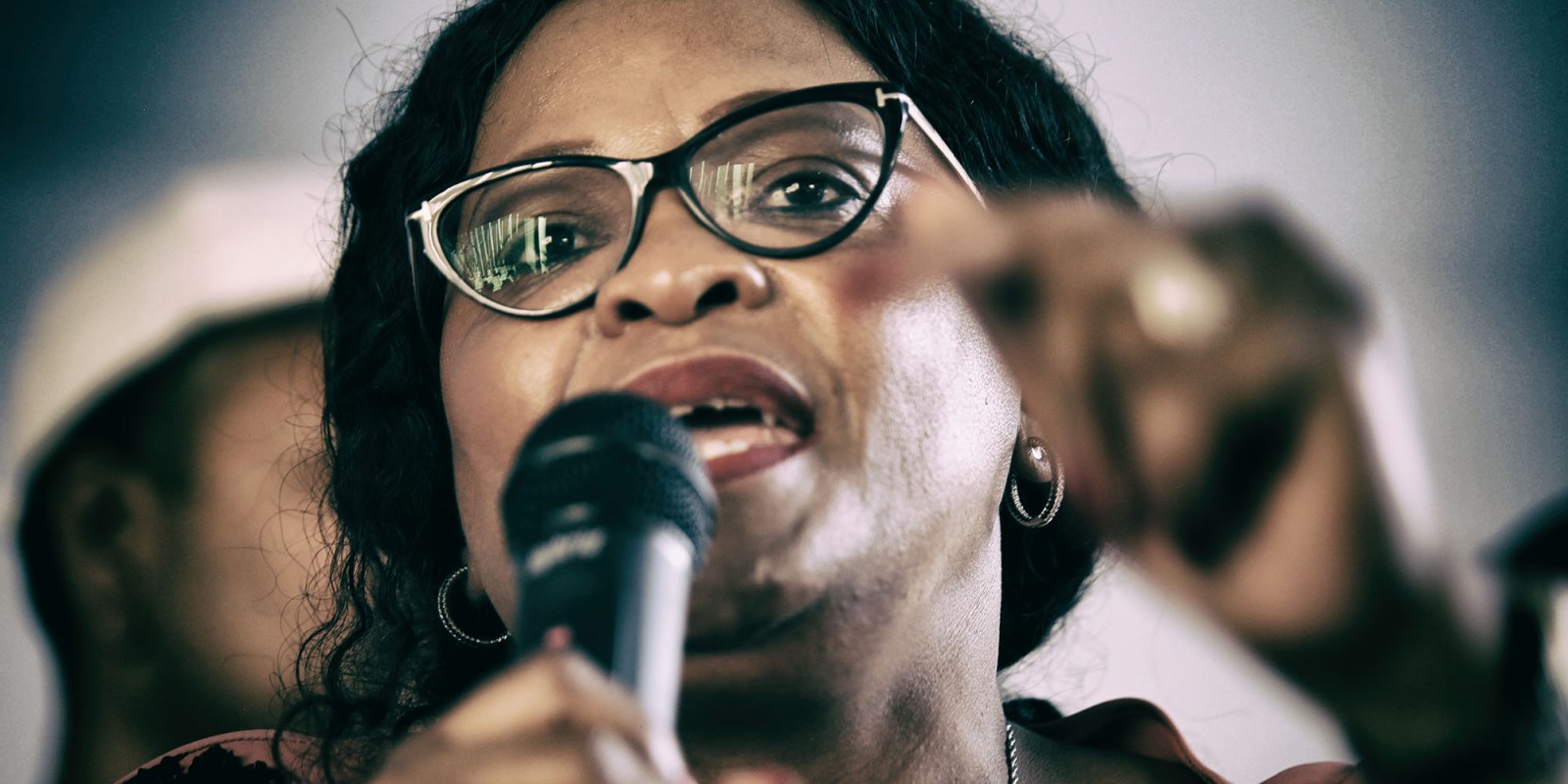 The trade of tenders for political donations to the ANC and its leaders was laid bare by former Gauteng premier and Cabinet minister Nomvula Mokonyane at the Zondo Commission of Inquiry into State Capture.

Appearing before the Zondo Commission of Inquiry into State Capture to give her side of events on July 20, Mokonyane painted herself as a hard-working and big-hearted political activist and politician.

She is all those things, with a long history of community activism on the West Rand.

In a thread of testimony I found moving before it became a denial so blatant that it lacked credibility, Mokonyane spoke about her home (Agrizzi didn’t know it, she said), her son (he named the wrong son) who had died tragically and about her husband. She denied all personal gifts to her from Bosasa that grabbed the headlines in Agrizzi’s edge-of-the-seat testimony. However, what Mokonyane’s evidence did do is reveal the heart of our country’s corruption.

And that was in the way she revealed how completely normalised it is for companies winning big state tenders to give back to the ANC. Bosasa and the Watson family, who reigned from Port Elizabeth, vaulted from being moderately successful retailers — who were also anti-apartheid activists — to being super-rich. They did so by winning tenders across the state’s value chain of procured services and assets. In 2019 alone, Daily Maverick found that it won R415-million in contracts — and that was in the nadir of the group’s empire in logistics, property management and other services. 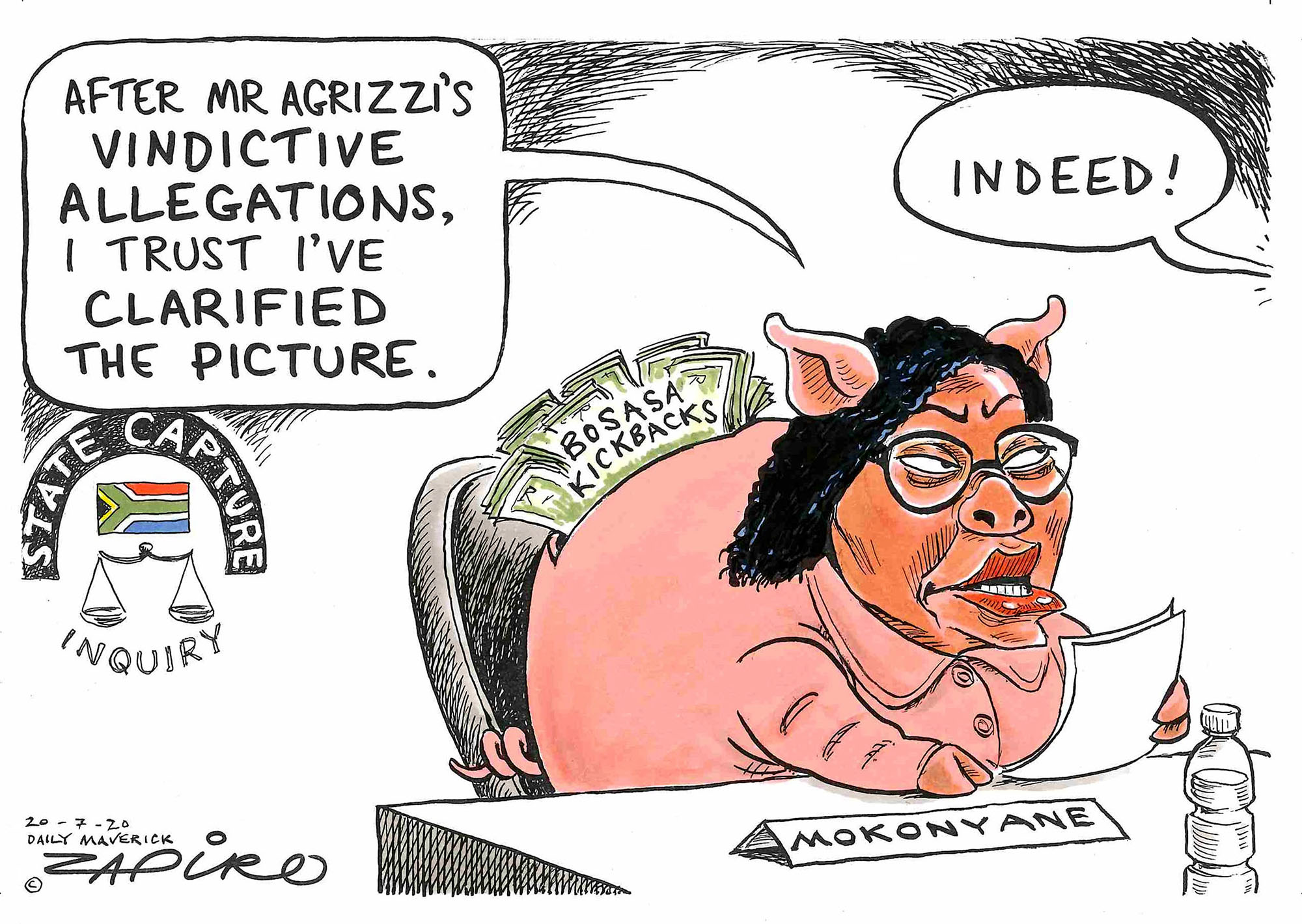 To get there, Bosasa became a leading funder of the ANC, and as Adriaan Basson has reported in his book Blessed by Bosasa, the company hosted ANC election centres and was a key factor in the party winning election after election.

An ANC election is no longer a simple return of a party to office by the people – its elections cost roughly R1-billion to run, according to reports. “Bosasa was supporting and working with us in the African National Congress,” said Mokonyane in her testimony on Monday, 20 July, saying that Agrizzi did not understand this relationship.

“The support that was given and the relationship had no strings attached and that is the assertion that Mr Agrizzi himself says that at some point he got frustrated about this relationship,” Mokonyane said.

Of course, the relationship did have strings attached and those strings were that in order for the relationship to continue, Bosasa had to keep winning state tenders in order to keep funding the party machine. And, so, it kept winning tenders. The company got so big that it became a multinational and changed its name from Bosasa to African Global Operations as it attempted to export its operations into the rest of Africa, helped for a little while by President Cyril Ramaphosa’s son Andile Ramaphosa.

“So having Bosasa here in Gauteng, having Bosasa in South Africa, collaborating and supporting government initiatives and the African National Congress was not a foreign thing, showing off that he is working with the African National Congress here in Gauteng and that has never been an issue, nobody has ever frowned upon (that),” Mokonyane explained to Judge Raymond Zondo who chairs the State Capture inquiry.

Where Mokonyane was wrong is in her view that nobody has frowned upon the trade-off between companies that win tenders (in often dubious circumstances) from the government and then give big donations to the ruling ANC. It is the heart of corruption in South Africa as the Bosasa example has also revealed it is at this nexus that politicians are buttered up or bought off, as revealed here.

For this reason, in 2018 Parliament passed the Party Political Funding Act. Here’s a useful primer. Now parties must every three months declare to the Independent Electoral Commission any donation (in cash or kind) of above R100,000. It should provide a useful x-ray into dubious funding arrangements that work only by tricking the tender system (valued at between R400-billion and R500-billion a year) leading to the political patronage under which our country now tragically operates.

There is a limit on donations set at R15-million per party per year, but given the cost of elections in a system that is almost American in its razzmatazz, this figure may be too low to keep things clean.

IEC spokesperson Kate Bapela told Daily Maverick that the regulations in terms of the act have not yet been passed (these are vital to give meaning to the law), but she says they will be passed soon. A special directorate at the IEC run by George Mahlangu is staffed by himself and three others. More officers are being recruited, says Bapela. DM