Bosasa folds before it could take down the ANC

Bosasa folds before it could take down the ANC 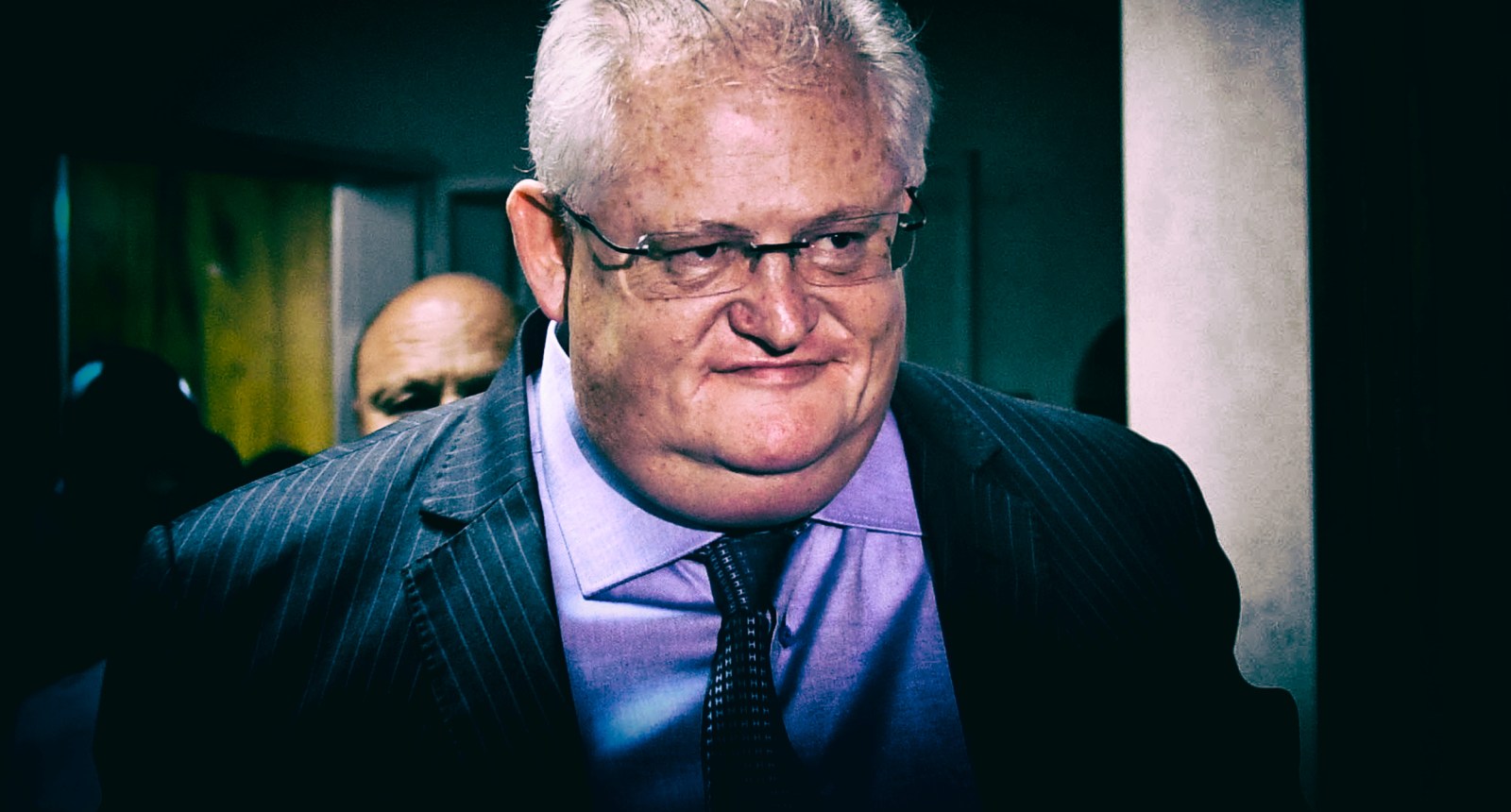 Angelo Agrizzi appears in the trade court in Pretoria on 1 February 2019. He appeared with others who were arrested after Agrizzi’s statements at the Zondo Commission. (Photo by Gallo Images/ Netwerk 24 / Beeld)

The curtain was finally brought down on Bosasa’s corruption enterprise as the company announced it was going into liquidation after News24 reported that both FNB and ABSA are closing the company accounts, as well as the accounts of the whistle-blower and former bag-man Angelo Agrizzi.

For nine days in January and February 2019, Angelo Agrizzi exposed the empire of corruption that Bosasa had built and which reached high, and deep, into the ANC. FNB told Bosasa it would close all accounts, by the end of February, of the facilities management company now known as Africa Global Operations. ABSA hosts Agrizzi’s trust accounts and it’s shutting those, according to News24.

As with the Gupta family’s corporate empire, once the four big banks terminated their facilities, it was the end for the Watsons. Without banking facilities, no company can survive in a modern economy.

On Sunday, Agrizzi told Rapport that he had only revealed 20% of what he knows at his testimony before the Zondo Commission of Inquiry into State Capture.

That percentage of information had pointed the finger of corruption at two Cabinet ministers (Mineral Resources Minister Gwede Mantashe and Environment Minister Nomvula Mokonyane) and the ANC MP Vincent Smith, all of whom are alleged to have received favours of money and goods from Bosasa via their relationship with CEO Gavin Watson.

Numerous of the ANC’s deployed cadres, including the National Prosecuting Authority executives Nomgcobo Jiba and Lawrence Mrwebi, are alleged to have received bribes in payment for information on progress in relation to investigations against Bosasa.

Former president Jacob Zuma is also alleged to have received monthly payments via his consort Dudu Myeni who was as close to Agrizzi and Watson as a cash-stuffed Louis Vuitton bag.

News24 has also reported that the ANC spokesman, Zizi Kodwa, may have been the beneficiary of largesse offered by Bosasa in the form of a trip to the Russian soccer world cup, but Kodwa has denied this.

President Cyril Ramaphosa has also been drawn into the Bosasa scandal as the company paid R500,000 to his campaign to become ANC president. His campaign has said the money has been paid into an attorney’s trust account pending a refund, but questions remain about why the dosh was accepted in the first place.

Bosasa has been known to be more rotten than a standard French arms company for over a decade.

On Sunday, Agrizzi also told Rapport that Ramaphosa’s son, Andile, had a far closer relationship with Bosasa (Africa Global Operations) than had been thus far revealed in the public domain.

He said that Watson and the younger Ramaphosa were such tight business partners that they had visited Swaziland together to attempt a transaction there; he also told the newspaper that the two men had been on other trips to the rest of Africa. Watson courted the young Ramaphosa as it became clear that his patronage network, linked to the era of former President Jacob Zuma, was rapidly losing power.

Until its scandal blew open, Africa Global Operations had clearly had continental ambitions. This explains the name-change, as does its website which suggests the company was trying to export its business model of public sector facilities management.

The Africa Global Operations website says that its existing R418-million worth of state contracts will run their course – and it says it is still operational.

The company has access to national key points like the prisons where it runs facilities including catering and some IT. It also allegedly corrupted the airports through paying bribes to executives of the Airports Company of South Africa.

Agrizzi revealed that he and other executives would personally take grey security bags bursting with cash to pay out to procurement executives at ACSA.

A leaky bucket (with regard to either corruption or the leaking of information about security, IT and other systems at each of these facilities) is a threat to national security now made ten times worse by the fact that the company is shutting up shop.

Its scalded executives are likely to now do everything in their power to stay out of jail and the biggest ace they hold is not only the information on who else they paid, but also information on how key spinal columns of the state works. These two sorts of information are powerful get-out-of-jail-free cards. DM