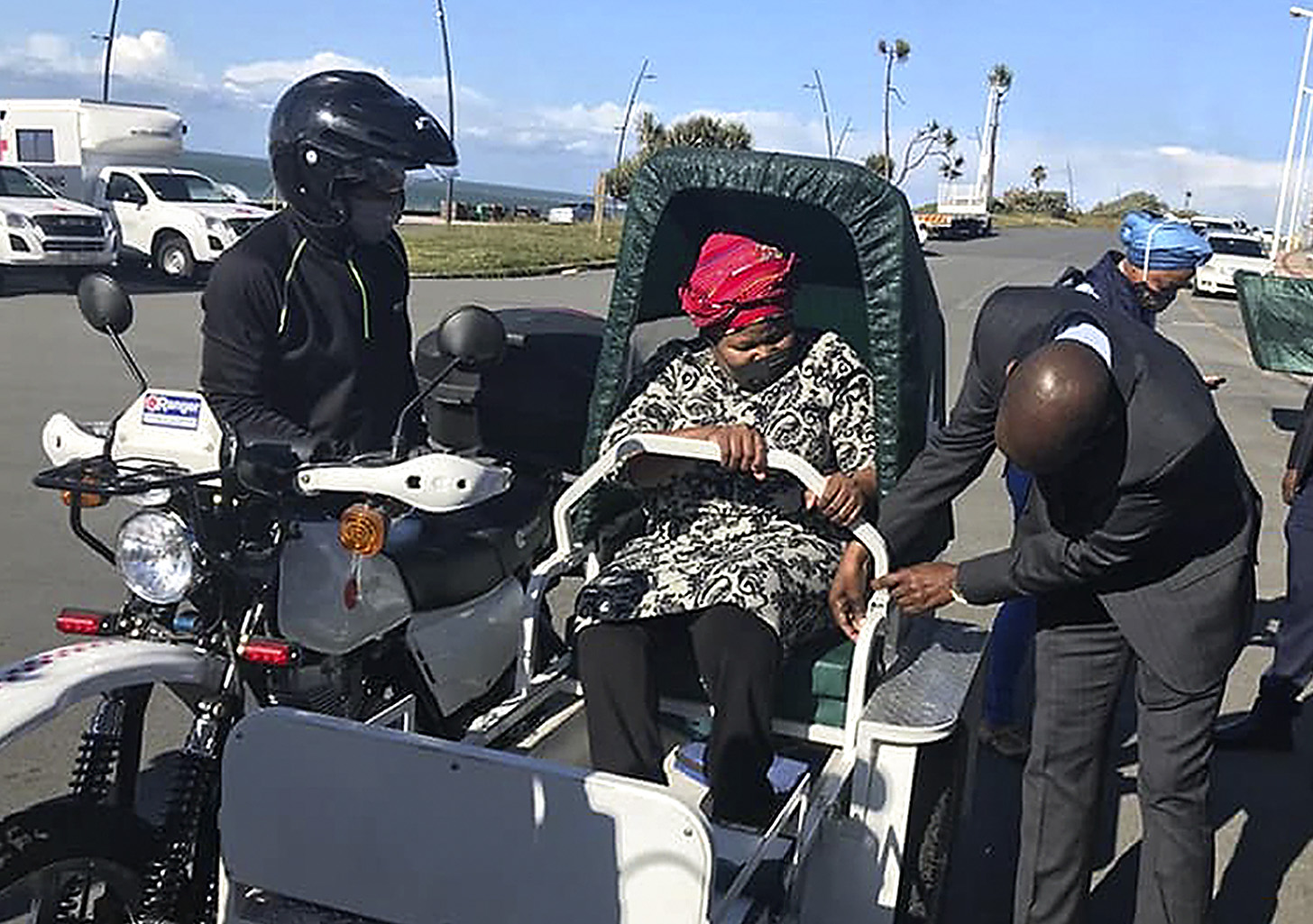 The Eastern Cape MEC for Health has told parliament that issues around the procurement of 100 ‘motorcycle clinics’ have been resolved. However, the owner of the company manufacturing the vehicles says he hasn’t heard from the government in weeks. Furthermore, the provincial legislature is still ‘establishing facts’.

The scooters, designed for use as mobile clinics, were bought by the Eastern Cape health department at a price of R10-million. Following a public demonstration of the scooters, albeit using incorrect vehicles, there was a national outcry after the impression was created that the scooters would be used to transport patients.

At the launch of the scooters, Gomba repeated these controversial claims. “These are not your ordinary scooters. They are specialised and have beds. We are introducing the use of scooters because for far too long we have heard how our ambulances could not get to people in far-flung rural areas.

“Ours is a rural province and because of its terrain, we sometimes could not get to people who desperately needed medical attention, especially when it rains. Not any more. That will now be a thing of the past. With these scooters, we will be able to get to some of the most remote areas. We are ensuring that people in hinterlands also get an effective and efficient healthcare service.”

Meanwhile, Brian Harmse from Fabkomp, the owner of the company contracted to manufacture the scooters, said that while a motorcycle ambulance is one of the products they manufacture, this was not what the health department had ordered.

He said he had been told to bring ambulance motorcycles, that were destined to be exported to Kenya, to showcase at the launch of the project, along with the ‘motorcycle clinic’ – the actual vehicle ordered by the health department.

Concerns were raised over the suitability of the scooters to be used as ambulances, and Health Minister Zweli Mkhize confirmed in a written answer to a parliamentary question that the vehicles did not conform to South African standards for the transportation of patients.

Gomba subsequently said the scooters would be used to distribute medicine.

“I want to believe that the issues of the scooters are 90% solved,” Gomba told the joint meeting on Wednesday. “Fortunately for us, we had, on the basis that people were starting to speak fast about the cost of the scooters, we have decided to take it to a post-award assessment and a negotiation.

“We are completing that. But the mode of the scooters has been agreed together with the chair of the portfolio committee. We can only be changing the modelling of the sidecar… but the need of the scooter itself… it is still needed to carry out aspects of primary healthcare. Particularly your CCMDD (central chronic medicines dispensing and distribution)… they are going to be using those scooters,” she said.

“Our books can be checked openly. We have not paid out any money until… the premier gets on board in terms of pronouncement,” Gomba said.

On Tuesday 21 July, Eastern Cape Premier Oscar Mabuyane said the province must have the capacity to distribute medicine (to rural areas). “It is a service that we need in the Eastern Cape. We must consult with [the Department of ] Transport to remove all doubts and the negativity that went with it.”

In the meantime, Harmse says he has not spoken to anyone from either the health or transport departments in weeks.

The chairperson of the Eastern Cape health committee, Mxolisi Dimaza, said they were still in the process of establishing the facts on this matter. “We have written to both the provincial treasury and the department of transport,” he said.

Earlier this week, a spokesperson for the Auditor-General, Africa Boso, confirmed the scooter contract formed part of their audit of how the Eastern Cape government was spending money intended to fight the Covid-19 outbreak. MC