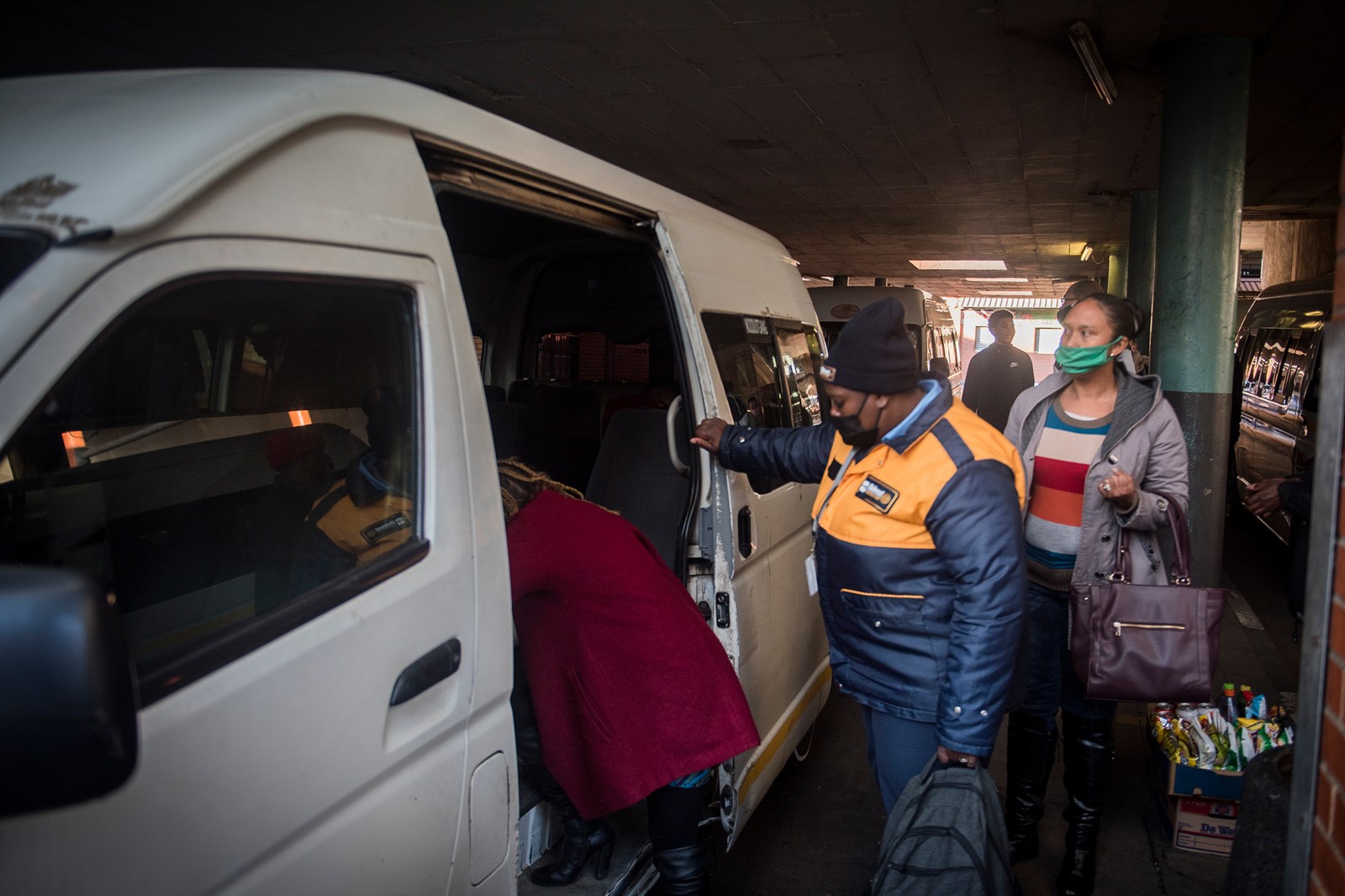 The Colleges of Medicine of South Africa has appealed to President Cyril Ramaphosa and his Cabinet to review their decision to allow the taxi industry to load at 100% capacity. They say it’s just not safe.

The  proposed changes to regulations for taxi operators as outlined by the president on Sunday evening were worrying because they may “substantially increase the risk of transmission of Covid-19″, the CMSA said in a statement.

Taxi operators will now be allowed to operate at 100% capacity for short distances – up from an initial 70% – provided that drivers allow for ventilation by opening windows and ensure that passengers wear masks.

The CMSA said that ventilation of taxis and reduced capacity were not optional. They needed to be implemented in combination “as both measures are necessary to reduce transmission”.

“We therefore call on the president and the Cabinet to review this decision and to engage again with taxi operators to develop feasible study strategies to reduce passenger laws which protect the health of commuters and taxi drivers,” said the CMSA.

The Covid-19 task team responsible for training and accrediting public health medicine specialists in SA, had published guidance on measures to reduce transmission way back on 22 March, said the statement. The guidance included the need to:

Allowing taxis to load at 100% capacity has caused an uproar among many commuters who feel that taxis are now being turned into death traps, especially considering that some operators fail to wear masks and do not enforce the wearing of masks among their passengers.

The CMSA call comes at a time when infections are rising rapidly, especially in the Eastern Cape and Gauteng. The death toll countrywide is approaching 4,500 and there are almost 300,00 confirmed cases nationally.

Prior to Ramaphosa’s announcement on Sunday, the taxi industry was already defying some of the regulations and loading their vehicles at 100% capacity. This, after they complained that government relief of R5,000 per taxi was too little. They demanded R20,000 per taxi, which the government refused. South African National Taxi Council (Santaco) argued that they operating at 70% had hurt their businesses as they were not able to keep up with their vehicle payments.

Professor Leslie London, Spokesperson for the CMSA, told Daily Maverick on Wednesday that the consequences of the decision to load taxis at full capacity could have dire consequences.

“More recently, there is accumulating evidence that aerosols produced in talking, yawning and breathing may travel distances from someone’s breathing areas (nose and mouth).

“It is worse if not wearing a mask, but wearing a mask generally reduces how far the aerosol travels and does not prevent it completely. So if you are in a taxi and you are sitting right next to another passenger (usually three passengers alongside each other), the chances of inhaling the expired air, which may have the virus, are certainly higher than if there was a space between you,” said London.

“Wearing a mask or face shield stops the virus travelling distances, but it does not stop it travelling at all. For example, coughing or sneezing while wearing a shield will send the exhalation up over your brow or down across your body. That’s better in general than sending it straight ahead of you, but in an enclosed space it is still a problem because, even if wearing a mask, some air does escape around the side of the mask.”

London added that if people wore masks the wrong way, such as beneath the nose or under the chin, this would negate the very purpose of wearing a mask.

London compared passengers in a 100% full taxi to a “little cooker”. “Every passengers’ exhalations are contained and do not escape. If you add 15 passengers breathing the same air for 45 minutes of a taxi ride, you have  a good opportunity for transmission.”

He said that keeping the windows closed would increase the risk of transmission. “The same principle applies to air conditioning. It is very bad if air conditioners recirculate shared air. Air conditioning MUST use fresh air.”

“I am aware this has a big financial impact on the taxi industry, but there will be a bigger cost if cases rocket beyond the capacity of the health system.”

London said it was up to the Department of Transport and other departments, as well as taxi industry representatives, to come up with ways to cushion the financial blow.

“Perhaps employers should seek out preferred taxis who can be paid higher rates for safe transport,” he said.

“These are just suggestions, but every sector must play its part in solving this. It cannot be business as usual. Without ventilation, even physically distanced passengers will be at risk.”

In its statement, the College of Medicine pointed to its website for more evidence-based health guidance from the task team. DM