CSA to engage in reputation management battle instead o... 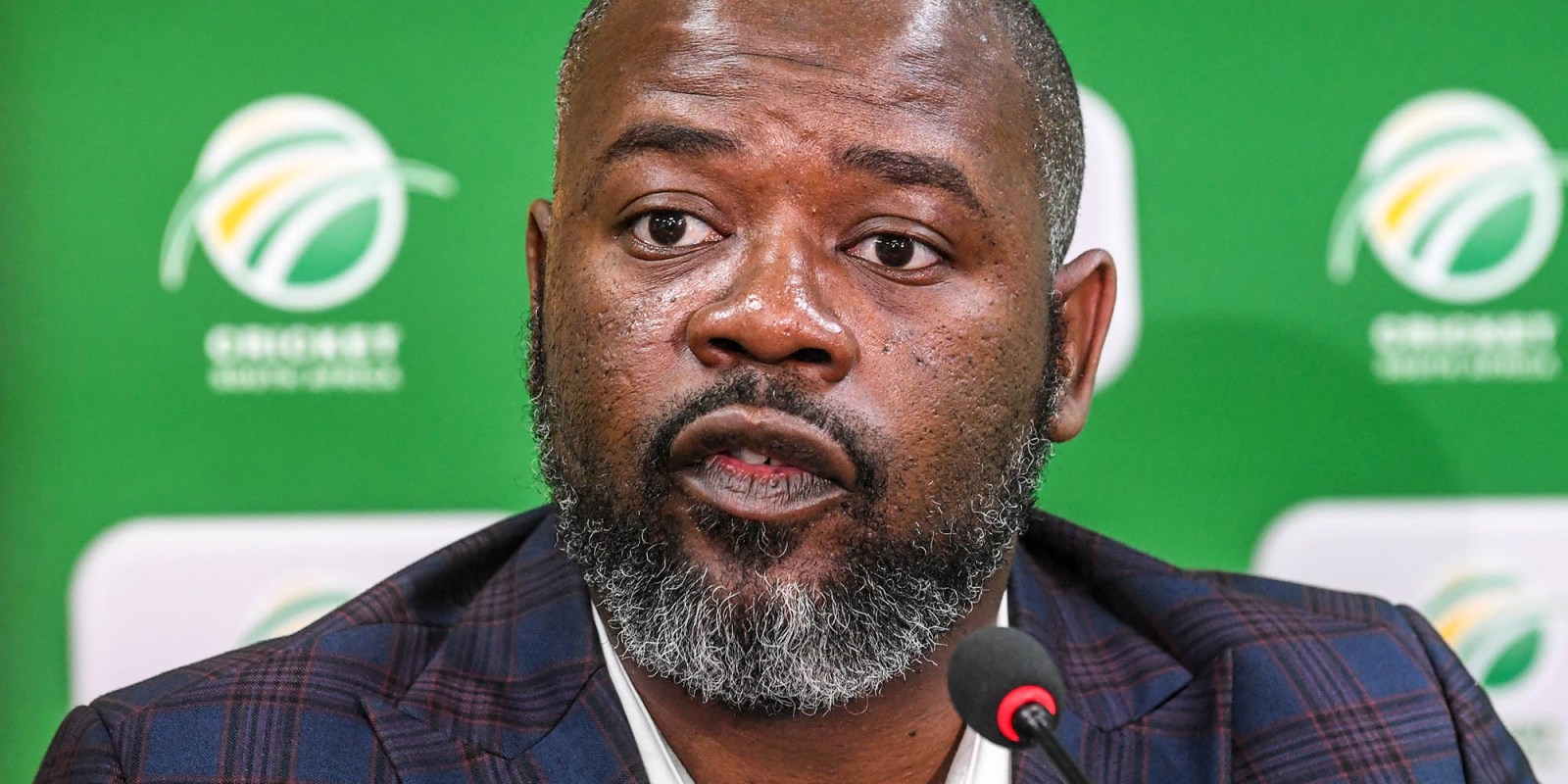 As the wait for the outcome of a forensic report into issues plaguing cricket extends beyond its stated deadline, the battle between suspended chief executive Thabang Moroe and Cricket South Africa has now become a public relations war.

Cricket South Africa (CSA) has been fending and ducking bouncers for more than a year, after a series of blunders left the organisation deep in the crease and on the back foot at the end of 2019.

As a result, CSA has now stepped into the public relations game and has recently employed a PR agency to help win the perception battle and reputation management issues. The new battleground appears to be about spinning a narrative rather than revealing the truth of findings of an independent forensic audit that could, and should, provide the foundations of cleaning up the sport.

Starting with the announcement in late 2018 that it would lose R654-million by 2022, to court action from the South African Cricketers’ Association (Saca) over the unconstitutional restructuring of the domestic game and the banning of five journalists critical of the organisation from attending Mzansi Super League matches, CSA has been peppered by an onslaught of its own making.

The list of issues is much longer than that, but the upshot of those and another management clangers was that Moroe was suspended last December after internal reports drawn up by CSA’s social and ethics, and audit and risk committees made that recommendation.

A forensic audit into the organisation ordered by the Members Council was the next step. The terms of reference of that audit included the role the board played in the management issues that rocked CSA, which at the very least, did not provide oversight into Moroe’s tenure.

But eight months after his suspension Moroe has not been charged and the audit’s findings are still unknown. CSA president Chris Nenzani promised the findings a week ago.

The suspended CEO has stewed for long enough. He has gone on a public relations offensive, calling out CSA through his lawyer Michael Motsoeneng Bill in select interviews with certain media outlets.

It’s been an effective tool because it has highlighted the perception that the CSA board is reluctant to reveal the findings of the forensic audit. Moroe, through his attorney has accused CSA of retrospectively changing the terms of reference of the audit to protect the board – claims which board chairman Nenzani has vehemently denied.

“We now know that the terms of reference of the investigation have been narrowed down to only focus on the wrongdoings of Mr Moroe,” Bill told radio station SAFM last week. “They (the CSA board) have essentially said: ‘Investigators, please don’t look at us as a board, don’t look at what we have done, but only focus your attention on Mr Moroe’. That is what is happening and what the resolution is saying in plain words.

“If they investigated it properly they would find resolutions where the board authorised Mr Moroe to take certain actions. Nothing he did was of his own accord, but at the instruction and behest of the board.”

This “war” is no longer about truth. It’s about perception. And Moroe is winning that battle hands down because he is revealing what most have known – that the board have been equally complicit and culpable in CSA’s woes. It might be too late for public relations spin from CSA now.

The reality is that the entire CSA board should have resigned when Moroe was suspended and the Members’ Council should have immediately constituted a new board. But seven members of the Members Council (made up of the presidents of South Africa’s cricket unions and the CSA president and vice president) also serve on the board.

Only a few board members resigned last year in the wake of Moroe’s banning of journalists. Shirley Zinn was the first board member to step down last December and she was followed by two others.

She told Daily Maverick at the time: “I came to the conclusion that after all sorts of efforts to try and improve, speak to the situation and to try and affect change at board level, I had to resign.

“I serve on several boards and I live by the values, principles, practices and processes around good corporate governance. Those need to be well reflected otherwise things don’t work. We as CSA could be doing a much better job.”

But eight months on, the situation has not moved forward. The majority of the same board run cricket, Jacques Faul is still acting chief executive and somehow has come under fire for essentially agreeing to do a hospital job.

The narrative has swung from an organisation attempting to sort out its mess, to personal attacks on individuals such as Faul and director of cricket Graeme Smith, who were both appointed by the board.

Faul, Smith and Proteas coach Mark Boucher have been criticised in some sectors of the media for, well, being appointed. There have been questions raised about their roles and the processes that led to them, yet it was the same board that stood by and let Moroe do as he pleased which subsequently appointed Faul and Smith. Having those three prominent men face trial by media suits Nenzani and the board perfectly. The attention has shifted from the real issue, which is the whereabouts and findings of the forensic audit, and the major coming financial crisis cricket faces, on to some soft targets.

Faul gave an update to government’s Portfolio Committee on Sport last week and his opening remarks in the letter were telling: “We (CSA) acknowledge that as some processes progress to their final stages it may receive negative media attention. CSA is confident that we are working through various issues that need to be resolved for increased stability,” he said.

CSA appears to have taken a decision to enter into an image perception battle. But the reality is, the best public relations they could do is release the forensic report warts and all, so that cricket can push forward and play some shots off the front foot for a change. DM