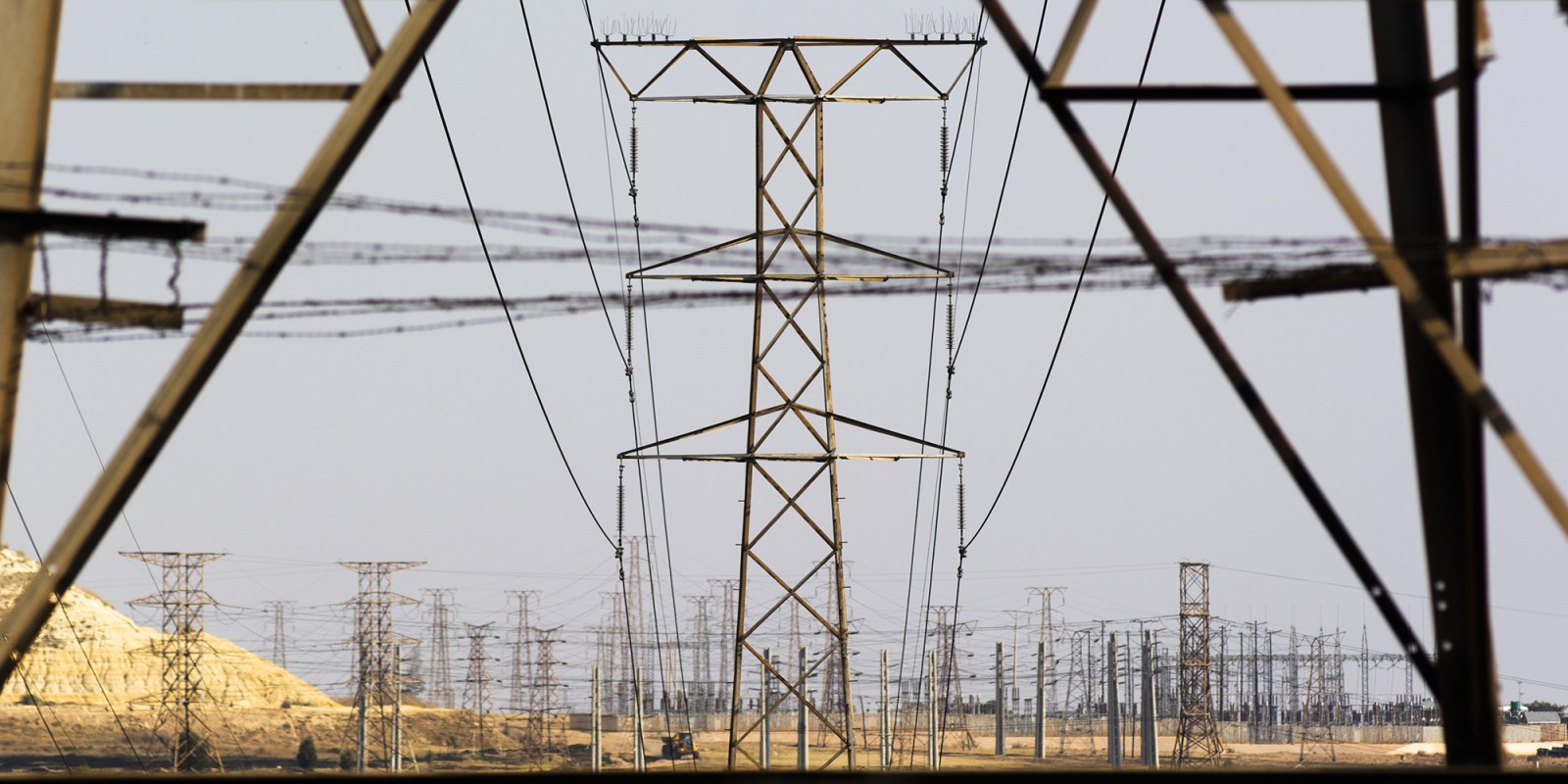 Some Pimville, Soweto, residents took to social media to vent their frustration at the lengthy power cuts, which led to violent protests on Tuesday 7 July 2020. (Photo: Waldo Swiegers / Bloomberg via Getty Images)

Residents in Pimville, Soweto, say they have been left without power for six weeks after damage to a transformer that supplies the Zone 2 community.

“My main struggle is spending money on takeaways daily. I cannot afford it anymore. I have a big family,” said Tebogo Ntjatje, a Pimville resident.

“Kids have to bath with hot water to prevent them from contracting flu. I have to buy gas to boil water and as I’m self-employed it is difficult with this pandemic and the restrictions that make it hard to work.”

Ntjatje, who said he was not prepared for the huge extra costs resulting from the blackouts, spoke as many residents said they have had to throw away perishables because they cannot run their fridges.

Some residents took to social media to vent their frustration at the lengthy power cuts, which led to violent protests on Tuesday 7 July during which police fired rubber bullets and injured a number of community members, including Ntjatje, who was shot in a leg.

According to residents, during a recent engagement with Eskom officials, particularly with one Mr Mtshali over a conference call, they were told that the problem was a damaged transformer and that a new one would be installed on Monday 13 July.

Ntjatje said, “We managed to talk to Mtshali, so they promised to install a new transformer tomorrow.”

When Daily Maverick contacted Eskom regarding the power outages in the area, Eskom communications wanted the affected customers’ reference numbers as well as requesting more time to respond.

Some residents were given several reference numbers but remained without electricity. Most said that during the six-week-long blackout they had made individual calls to Eskom but received no assistance.

Now it’s a double blow for affected communities, especially Soweto, after the power utility announced it would continue to implement Stage 2 load shedding on Monday 13 July.

“Despite Eskom’s best efforts to return additional generation units to service after the breakdowns that occurred during the week, we have not made sufficient progress to enable us to suspend load shedding.

“Eskom wishes to assure the public that implementing load shedding is the last resort, in order to protect the national grid,” Eskom said on Sunday 12 July.

“We don’t know what we did to Eskom to deserve this. It’s even hard to adhere to the lockdown laws because we need to make a plan to put food on the table. It’s hard. We should be worrying about the Covid-19, but you want to be careful not to die of hunger, not the stubborn virus. And this power issue has made life even harder.”

“When we went on strike to defend our rights JMPD officers shot us on Tuesday, and some of us required medical attention,” said Ntjatje.

“As I’m speaking to you right now, we have gone six weeks without electricity,” said Pimville resident Archie Makhene.

“There is nothing we haven’t tried. We tried to engage Eskom, we were even shot at. I have children, and I’m struggling to feed them as I cannot afford the takeaways every day.

“It’s hectic, I’m telling you… we are sitting in the cold dark. The Covid-19 and the cold is a recipe for disaster. We have tried everything. What I was against from the start was us getting involved in something as nasty as a strike. A strike is not the solution. We don’t know… they promised us they will come and fix it tomorrow, but we don’t know.”

“We have been buying food from the street because we had to throw away everything and empty the fridge so that it does not cause a bad smell in the house,” said Popi Malinga, another Pimville resident.

“We don’t know what we did to Eskom to deserve this. It’s even hard to adhere to the lockdown laws because we need to make a plan to put food on the table. It’s hard. We should be worrying about the Covid-19, but you want to be careful not to die of hunger, not the stubborn virus. And this power issue has made life even harder.”

Malinga said she understands communities put Eskom under pressure through illegal connections and various other ways in which people avoid paying. However, she said, paying customers should be spared.

“They need to find a better way around punishing those who avoid paying. They need to find a way that will not interfere with the lives of paying customers. On the one hand, we are cold and hungry; we are faced by a monstrous and deadly virus on the other.” DM