If you’re not worried about an ANC power grab, you’re not paying attention 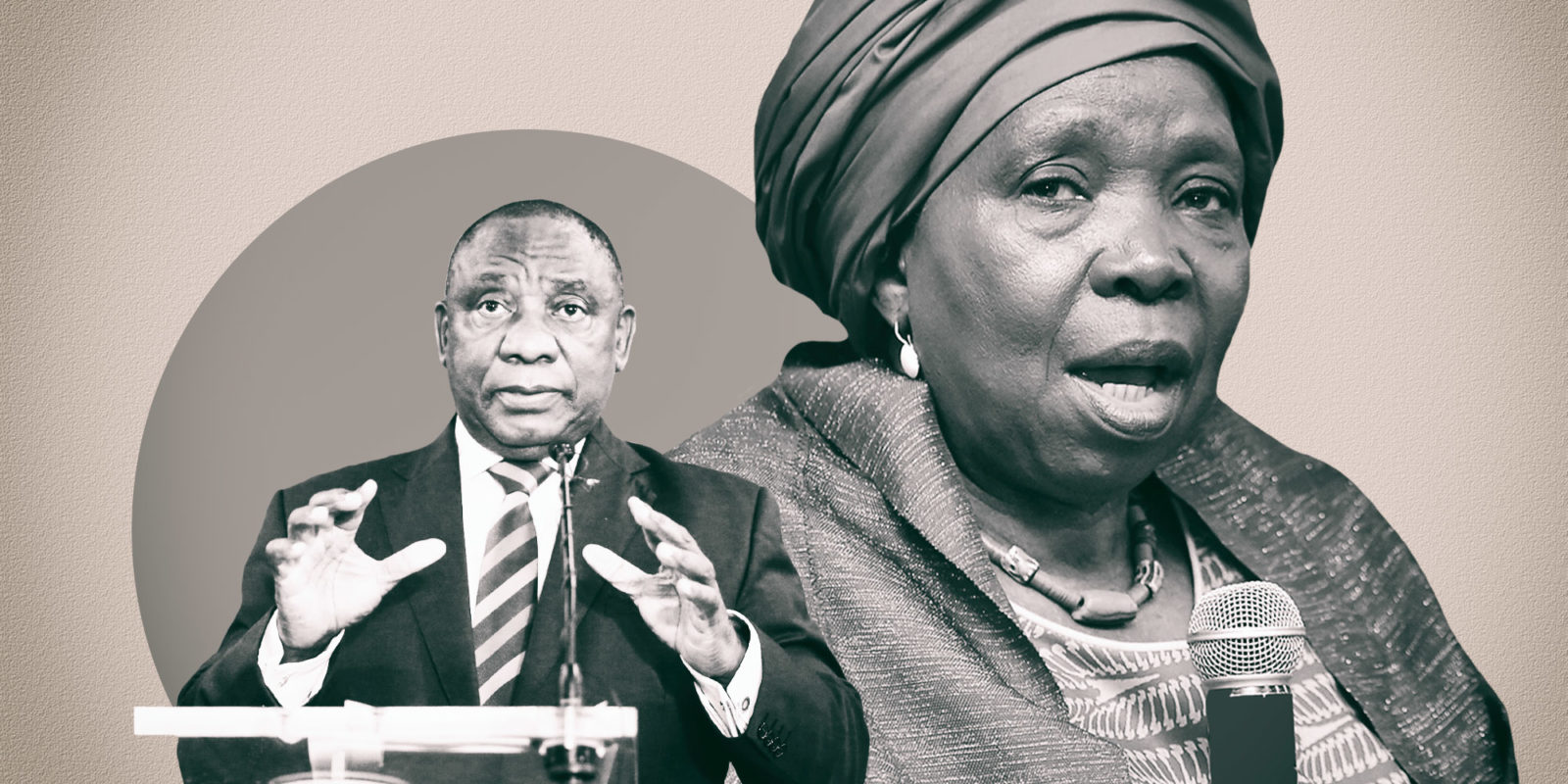 In this right of reply, the DA argues that its fears of a power grab are justified, which is why it raised the alarm over an 11-week-old draft of a recovery plan for municipalities.

On Monday 6 July the Democratic Alliance (DA) raised alarm about what appears to be a government proposal to repurpose the District Development Model as a new kind of command council; a mechanism for centralised policymaking, decision-making, and planning.

Unlike the command councils that are meant to help the government fight the Covid-19 pandemic, this new system wouldn’t be limited to managing disasters, and wouldn’t expire at the end of the lockdown. All this came from a document under the name of Minister Nkosazana Dlamini Zuma’s Department of Cooperative Governance and Traditional Affairs, marked “top secret”.

But Daily Maverick’s Marianne Merten says the DA is just trying to score cheap political points. What is worse, she claims that we are relying on an 11-week-old document that reveals nothing new. To be clear, Merten isn’t actually saying that she saw the “top secret” document 11 weeks ago; she makes the point that many of the ideas in the document form part of initiatives already announced by President Cyril Ramaphosa. This, Merten suggests, is clear from a cursory reading of the document.

We think that Merten’s reading might’ve been too cursory. At no point has the president or any member of his Cabinet openly suggested the District Development Model should be anything more than a way of facilitating better intergovernmental relations. Neither has anyone proposed on record that the so-called district hubs be given decision-making power. Yet, this is precisely what is being touted in the “top secret” document.

Using terms like the “macro re-organisation of the state”, and the adage “Never let a good crisis go to waste”, the document argues for the formal centralisation of government power as a way of saving bankrupt and dysfunctional municipalities. But don’t take my word for it. The points made in the document about government’s “exemplary response” to Covid-19, and “the importance of centralising operations, decision making, policy making and project planning through the Command Council”, are fairly explicit. And if you still don’t get what the DA is on about, there’s this:

“A centralised policy making, programme and project planning, operations and tactical decision-making council would have to be established. The district development model would have to be shifted from a pilot programme into a fully functional nation-wide institutional mechanism so that decisions, policies and projects can be effectively implemented through the district development hubs.”

It’s exactly because district hubs and command councils have no constitutional standing, and would be accountable to no one, that this document should raise alarm. To give these extra-constitutional bodies executive powers would undermine democratically elected local and provincial government.

What we fear is that district hubs repurposed as command councils, with ministers and deputy ministers deployed as “district political champions”, is a way of preparing the country for a new centralised constitutional model. If the pilot project works, or even if it doesn’t, the ANC can then point to the inevitability of a formal constitutional amendment. Remember how National Health Insurance (NHI) was sprung on us?

A command council system of government is a logical next step in a series of ANC policies that have been designed to give the party a hegemonic handle on the state and much else besides. It is now widely accepted that the ANC’s policy of cadre deployment has gutted municipalities, government departments, and state-owned entities. It has also enabled State Capture.

But we also know that the ANC has no shame about using its own failures in government as a pretext for attacking the Constitution. This is, after all, a constitution that many of the party’s leaders regard as a historical and ideological betrayal. Just like the failure of the government’s land reform programme has been blamed on the property clause in the Constitution, expect the ANC to blame the breakdown of services on the existence of provinces and municipalities.

Doing away with the provinces, and turning municipalities into a glorified extension of national government, will give corrupt and incompetent ANC cadres the ultimate political reprieve. The party will also no longer have to contest elections that have become more and more unwinnable, especially in the metros and Gauteng.

The point the DA feels compelled to make is that South Africa does not need a new constitutional model to stop municipalities from self-destructing. Until communities have the chance to vote out corrupt and incompetent mayors and premiers, section 139 of the Constitution requires the national government to intervene in failing municipalities.

So, back to the “top secret” document. Either it is a very elaborate 45-page fabrication, in which case President Cyril Ramaphosa would surely welcome the opportunity presented by my parliamentary question to say so. Or the document does reflect government thinking, and the DA and others will have to fight like hell to protect the Constitution from another ANC assault. But to suggest that there’s nothing to see here, is ludicrous. DM

Editor’s Note: The argument never was “there’s nothing to see…” in that 45-page document marked “Top Secret”. It was that Brink chose to focus his attention on raising the spectre of coup d’etat and other cheap political point scoring.  Our analysis stands.