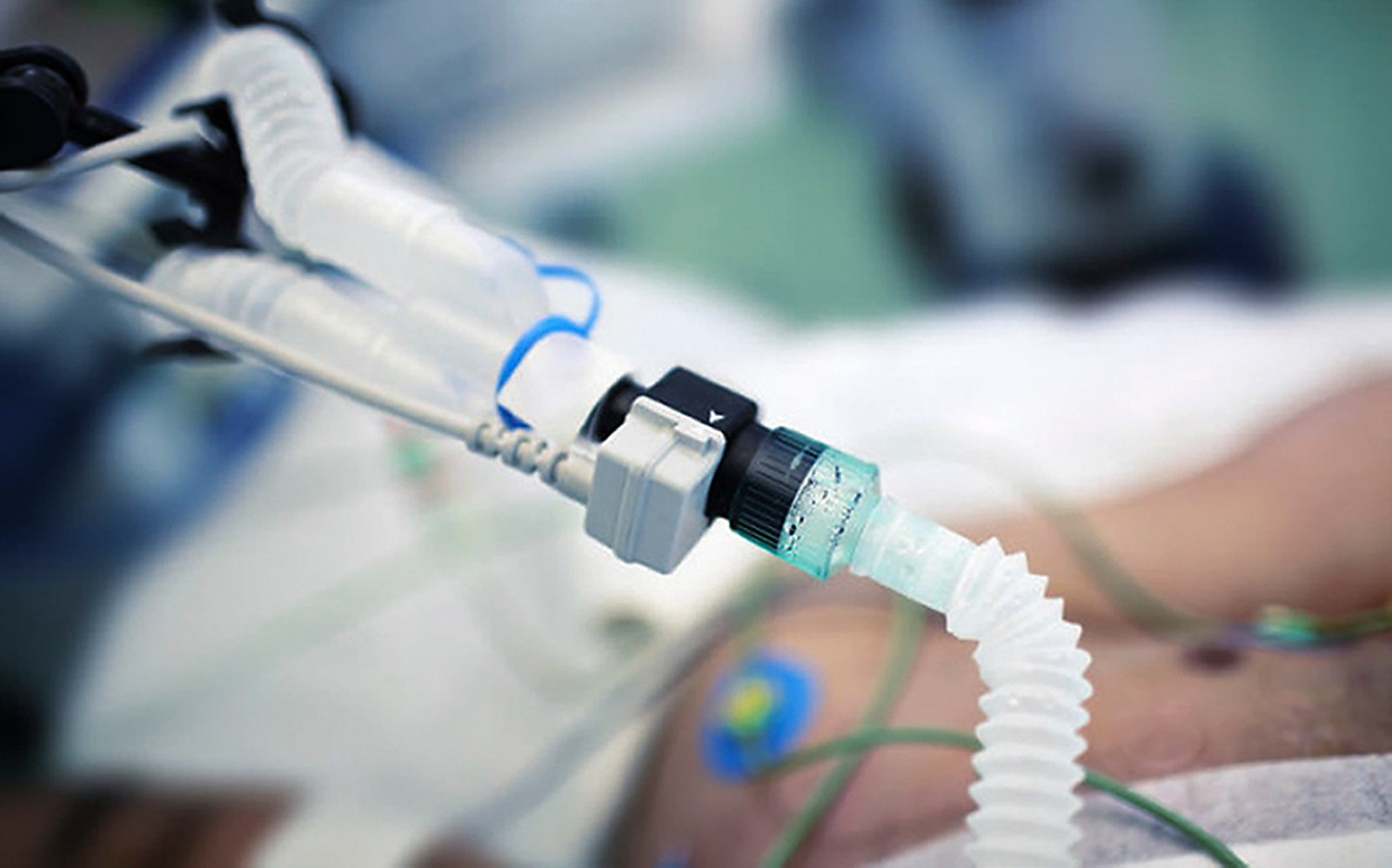 As Covid-19 surges, Gauteng hospitals and clinics are running out of oxygen. Nasrec field hospital, the province’s biggest, only has 8 beds supplied with piped oxygen. More beds are being prepared, though.

The symptom that all Covid-19 lists warn is the red light is a shortness of breath and a tight chest, signalling that the infection is not benign but possibly harmful.

The novel coronavirus’s South African epicentre has moved from the Western Cape to Gauteng, infecting 71,000 by July 7 with 21,400 recoveries.  (Over 80% of cases are of a mild variety of infection or in fact, symptomless.)

Doctors report that “happy hypoxics” are showing up in numbers at clinics and hospitals – patients with oxygen saturation levels so low they are in danger, but who do not realise they are in the red zone.

“Usually a little bit of oxygen at a clinic can get them through. You can prevent complications that way,” says Dr Francesca Conradie, deputy director of the Clinical HIV Research Unit at Wits University, adding that “We are beginning to run short of oxygen in public hospitals and clinics.”

You don’t need ventilators for this stage of illness but can deliver oxygen through a mask or use high flow nasal oxygen, which has worked well in the Western Cape.  This article explains it well.

At clinics, the first port of call for eight in 10 people in Gauteng and Johannesburg who are sick, tanks of oxygen are running out.

At public hospitals where beds have all but run out  as the system takes strain, a doctor wrote: “oxygen pressures are low…that probably means we are overdrawing the hospital supply of oxygen”.

A note from a healthcare worker paints a distressing picture of a system under pressure:

“Getting hectic here. Patients have to spend an hour on oxygen and then an hour off.  Then 1 Covid ambulance in a district can transport 1  patient at a time. A doctor at _____ (clinic) got sick and had to wait 8 hours to find a private hospital. _______ (hospital) suggested that we leave a 90-year old (patient) in the corner to her own devices, as (we are) picking and choosing who to give oxygen to and who can be transferred (to hospital).”

Usually, one in 10 hospital beds have piped oxygen and doctors report that this number has not been increased even in the three-month lockdown that was implemented to allow for health systems to gear up for the storm, everybody knew was coming. It was a vital step.

At the Nasrec isolation and quarantine site, only eight beds were prepped with piped oxygen out of a total bed capacity of between 400 and 500 beds.  That number is being increased as a swat team of voluntary doctors take over the running of the facility.

In many ways SARS-Cov2 is yet unknown: does it mutate, does it react differently in people with different blood types, how infectious is it when airborne? This article explains it well.

Around the world, scientists are grappling with these questions as Covid-19 sows a killing field. What has always been known since the virus made landfall in December 2019 is that it causes respiratory distress and so oxygen supply and stock-ups should be the first step in preparation.

In South Africa, the sorry state of our lungs creates concentric circles of risk.

“Oxygen produces the energy that sustains life. If you have low oxygen levels in the blood, from pneumonia for example, or climbing Mount Everest or whatever reason then organs like the brain, the heart, the kidney are starved of oxygen.

“When these organs can no longer function, that is critical for life.  Oxygen levels will drop to a point where the organs stop functioning and death ensues,” explains Dr Keertan Dheda the Head of Pulmonology at UCT and Groote Schuur.

When patients show up in distress, with tight chests and short of breath, at a clinic or hospital, their oxygen saturation levels are taken with an oximeter fitted to a finger. “The oxygen saturation percentage is a very good predictor of critically low oxygen levels,” says Dheda, adding that:

“A clinical examination can be done in any primary care setting by checking the respiratory rate, how rapidly you are breathing, together with discolouration of mucous membranes on the tongue. These are good predictors of whether somebody needs to be hospitalised or whether they need oxygen.”

This is where things have been coming apart in Gauteng.  The oxygen is often not available or supplies are running low.

Dheda explains that liquid oxygen is delivered to hospitals and then vaporised into a gas form and into the hospital piping system.

“That is the only method that can supply oxygen at sustainably high levels because patients will need it for days at best scenario and a couple of weeks in more serious cases and you can’t really do that with an oxygen cylinder.”

Hospitals like Groote Schuur in Cape Town ordered a massive tank of liquid oxygen, for example, but Daily Maverick reporting this week has shown that Gauteng hospitals have been caught on the back foot.

A lack of oxygen is now rapidly emerging as the biggest hurdle facing an efficacious response to Covid-19 in Gauteng, home to 15 million people living in conditions that often make distancing difficult.

“It’s a massive problem,” says Lynne Wilkinson of UCT’s Centre for Infectious Disease Epidemiology and Research. She has worked on managing primary healthcare settings and systems in epidemics as diverse as HIV and Aids, TB and Ebola.  “Sometimes only a single tank of oxygen is provided (at a clinic).” She has heard of patients with low oxygen saturation levels being sent home, a real risk factor.

Dr Francois Venter, deputy director of Wits University’s Clinical HIV Research Unit says his information on the epidemic’s early surge in Gauteng is that the province will need three to four “Nasrecs” – field hospitals and quarantine sites.  He says the province may need to provide “oxygen sites” at hospital settings – a service where people who need it can get the air they need into their lungs to prevent the later need for ventilators.

While the Nasrec facility has been hailed as a showcase site, doctors say it was sub-optimally planned.   Only eight beds were supplied with piped oxygen which was a blunder.  “All 800 new beds must have piped oxygen. Beds without oxygen aren’t needed,” says Dr Tom Boyles of Wits University who is part of the emergency team now working at Nasrec.

“The first phase of the Nasrec quarantine/isolation facility did not have oxygenated beds. There is a process to establish at least 300 oxygen beds,” said Gauteng Health MEC Bandile Masuku’s spokesperson Kwara Kekana.  Until now the facility has been headed by a former hospital CEO assisted by three Cuban doctors, two of whom are from the recent cohort brought in to assist from the island nation. The two only speak Spanish which has been difficult.

“The numbers of Covid cases are increasing rapidly with an increasing number of people needing more and more oxygen. Hospitals are already under pressure.  The setting up of field hospitals and also increasing bed capacity in places like Nasrec that have oxygen with beds will assist with the increasing need for oxygen,” said Kekana.

Asked if the lockdown period had been well used to prepare the system, Kekana said: “The lockdown allowed it to prepare as much as it could. It allowed not only Gauteng but the whole country to slow down the rate of infection.”

It’s fair to reflect that the provincial government has not been sitting on its hands: over eight million people had been screened since the start of lockdown and 1.4 million tested for Covid-19 by June 21 2020.  As at June 25, 1 575 new beds were being planned at George Mukhari, Chris Hani and Ashanti Gold hospitals, premier David Makhura said in a briefing last week.

Katharine Child reports here that private hospitals’ Covid wards in Gauteng are mostly full too; 15% of Gauteng residents are served by the private system. DM/MC