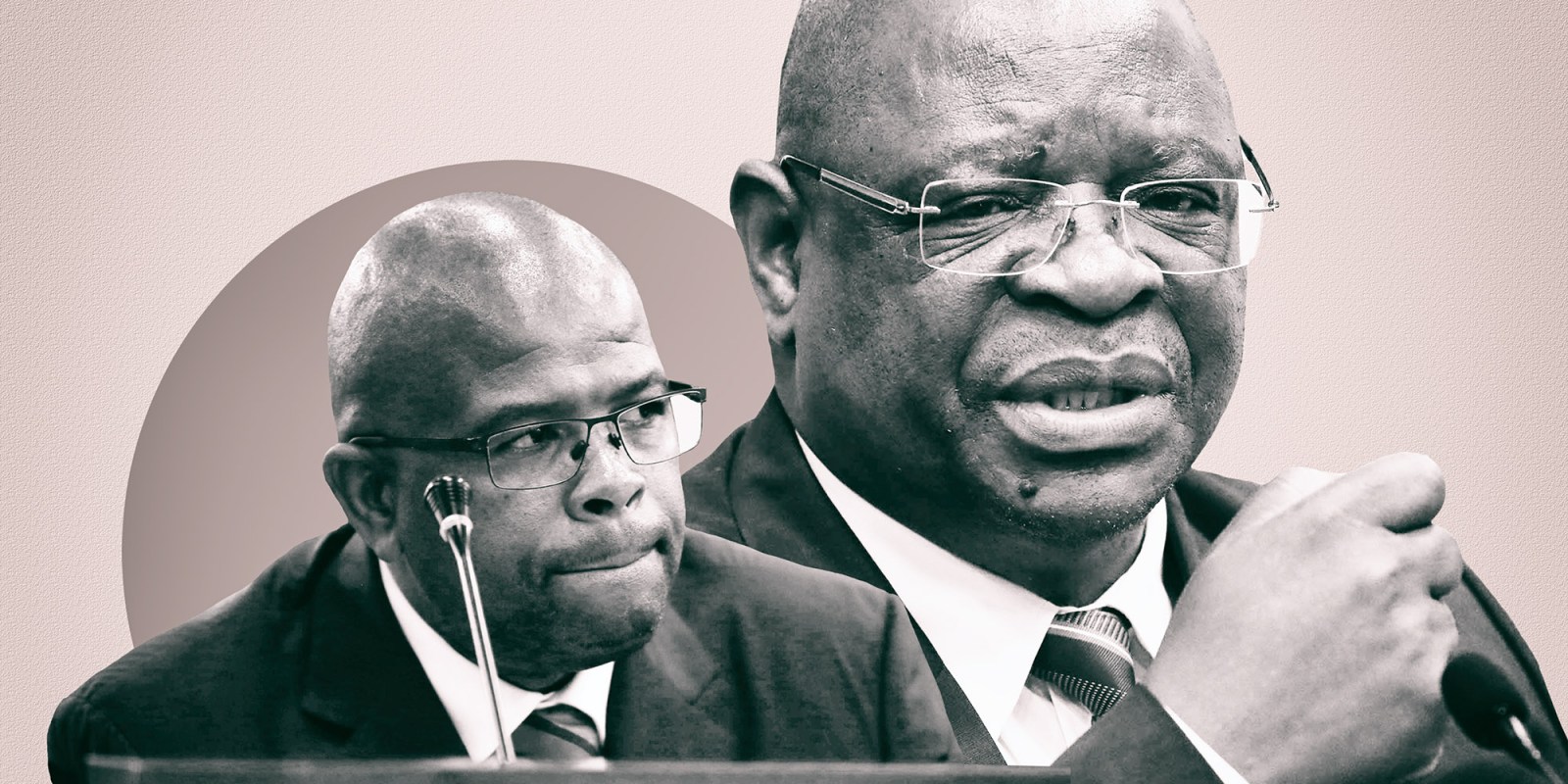 Lucky Montana, the focus of this week’s testimony at the State Capture Commission, wants to finally clear his name. In a letter to the commission chairperson, Deputy Chief Justice Raymond Zondo, former CEO of the Passenger Rail Agency of South Africa, Montana accused Zondo of allowing the commission to become a ‘witch hunt’.

Lucky Montana, former CEO of the Passenger Rail Agency of South Africa (Prasa), wrote a scathing letter to Deputy Chief Justice Raymond Zondo and Chief Justice Mogoeng Mogoeng over what he called Zondo’s “bias” during this week’s testimony during the Zondo Commission of Inquiry into State Capture.

This week’s testimony at the commission focused on two aspects: properties Montana bought and, generally, a lack of will, politically and from law enforcement, to investigate the allegations of corruption at the entity, especially during the tenure of Montana. Among the people who testified were former chairperson of the board of control Popo Molefe, the Group Head of Legal, Risk and Compliance, Martha Ngoye, and commission investigator Clint Oellermann.

Addressing the Deputy Chief Justice in a letter dated 2 July, Montana said he had been following Zondo’s career and was convinced that he was fair, impartial and interested in truth and justice. “I was of the view that the Zondo Commission would exercise the utmost integrity and not act in a manner which prejudices the truth and encourages bias… However, your conduct during the current PRASA hearings has changed my view. Your unfortunate statements during the testimony of Popo Molefe and Martha Ngoye, and your terrible treatment of Mr Louis Green are the last straw for me,” said Montana in the letter.

Evidence on Wednesday and Thursday focused on the allegation that money from Prasa via a lawyer of Montana went to purchasing property in Tshwane – the value of two of these properties equalled nearly R25-million.

The former CEO of Prasa told the chairperson of the Commission, “I did not mind watching the performance of Popo Molefe, Martha Ngoye, Fanie  Dingiswayo and Clint Oellermann telling lies and misleading the Commission. I was not bothered because I knew that my chance would come to present my version supported by facts… However, you have made unfortunate and reckless comments during their evidence. Your demeanour, cynical laughter and perceived hero-worship of Mr Popo Molefe leaves much to be desired. Clearly at this juncture there is no doubt that you are fostering bias and you are not impartial to the hearing.”

Montana, addressing Zondo said: “I have come to the conclusion that I was wrong about your character and integrity. Under your watch, this Commission is turning into a farce and is not dignified because you seem to be impervious to the truth.”

Additionally, Montana said he is unable to testify at the moment, as his mother had died recently, but is available to testify from 21 September. This isn’t the first time Montana has offered to appear before the Commission, having done so in June and July 2019 already.

In the letter, the former CEO told the Deputy Chief Justice, “I remind you that this Commission belongs to all of us, the people of South Africa and may have a huge bearing on the future of our beloved country. We respect you Deputy Chief Justice and your office, and as an African elder. However, chairing this vitally important Commission does not make you God.”

Montana went on further to state that “if you think that some of us will stand by and allow ourselves to be humiliated, then you are making a big mistake. This Commission should enable us to search for the truth, hold ourselves accountable and present recommendations that will set our country on a new direction.”

Adding onto the statements that were made this week by Molefe and Zondo about the lack of political and law enforcement will to investigate issues of alleged corruption at the entity, Montana said, “you have been making statements about the failure of Parliament, the ANC, the Hawks and the NPA based on the evidence of Popo Molefe, a man involved in serious breaches of good corporate governance and corruption at Prasa”.

Daily Maverick has published this week’s testimony about governance, read about it at Where was Parliament when the wheels came off at Prasa, asks Judge Zondo and Money from Prasa deal went to ANC, commission told.

Ending the letter off, Montana confirms to Zondo that he will testify in September and “I hope and trust that I will be given the platform to present my version and that you will have the patience to listen to my evidence as you did with my detractors”. DM