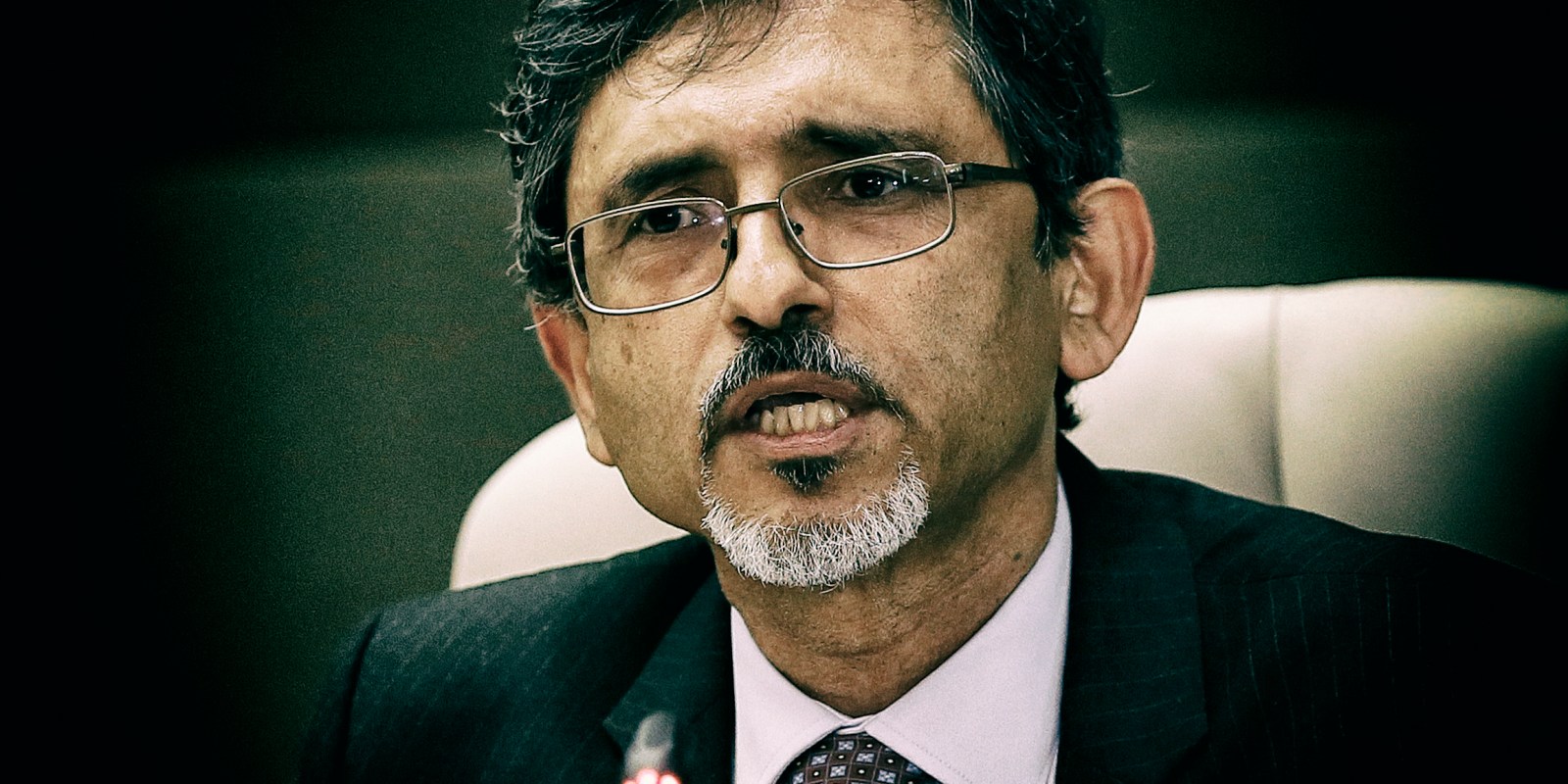 Minister of Trade and Industry, Ebrahim Patel briefs the media on the details of government interventions in various sectors of the departmental portfolios on COVID-19 at DIRCO Media Centre on March 16, 2020 in Pretoria, South Africa. (Photo: Phill Magakoe/Gallo Images via Getty Images)

Minister makes it clear that he disagrees with National Lotteries Commission’s refusal to disclose recipients of grants.

Minister of Trade and Industry Ebrahim Patel has made it clear in a reply to Parliament that he believes the National Lotteries Commission (NLC) must make the list of non-profit organisations that it funds available.

For 18 years, the NLC had published these and other details on projects it funds as part of its annual reports. But last year it did an about-turn and excluded this information from its 2018-19 report.

This followed numerous media reports exposing conflicts of interest, unfinished projects and corruption by recipient organisations. The Chief Operating Officer of the NLC, Philemon Letwaba, among others, was implicated.

About 30% of lottery ticket sales are supposed to go to non-profit organisations to help poor people and other good causes. The NLC is responsible for distributing this money.

The NLC issued a statement in October justifying its decision to no longer release its list of recipients by referring to a regulation of the Lotteries Act that it claims deals with the privacy of organisations applying for lottery money.

Then in early 2020, the NLC threatened criminal charges against GroundUp for publicising information about recipients. Subsequently, a pop-up organisation called United Civil Society in Action, which claims to represent lottery money recipients, brought an urgent case to the Pretoria High Court to try to stop us disclosing information. The case is still to be heard.

Patel made his position clear when he responded on 22 June to a written Parliamentary question submitted by Democratic Alliance MP Mike Waters.

Waters had asked him for the names of “institutions and/or projects” that received R10-million or more in lottery funding in the last ten years, and what the funding was for. He also asked whether an audit or inspection had been done into these projects “to ensure that the money was spent on the actual purpose” and if so what the outcome was.

Patel’s response makes it clear he disagrees with the NLC’s view on disclosing recipients. “I am of the view that the information requested should be made available to Parliament as requested and that the reply provided by the NLC is not adequate nor sufficient,” he wrote. “I have further advised the NLC of my view about the confidentiality of information and await their reply. On receipt of the information and subject to legal advice, it will be made available to Parliament.”

Also in response to Waters’s question, the NLC confirmed that it had approved “urgent pro-active funding of R10-million to 54 non-profit entities for basic and essential goods, food parcels and cooked meals to assist the most vulnerable” in response to the Covid-19 pandemic.

Although the NLC failed to name the beneficiaries of this funding it nevertheless published a self-congratulatory newsletter that identified some of the organisations that received these grants. DM