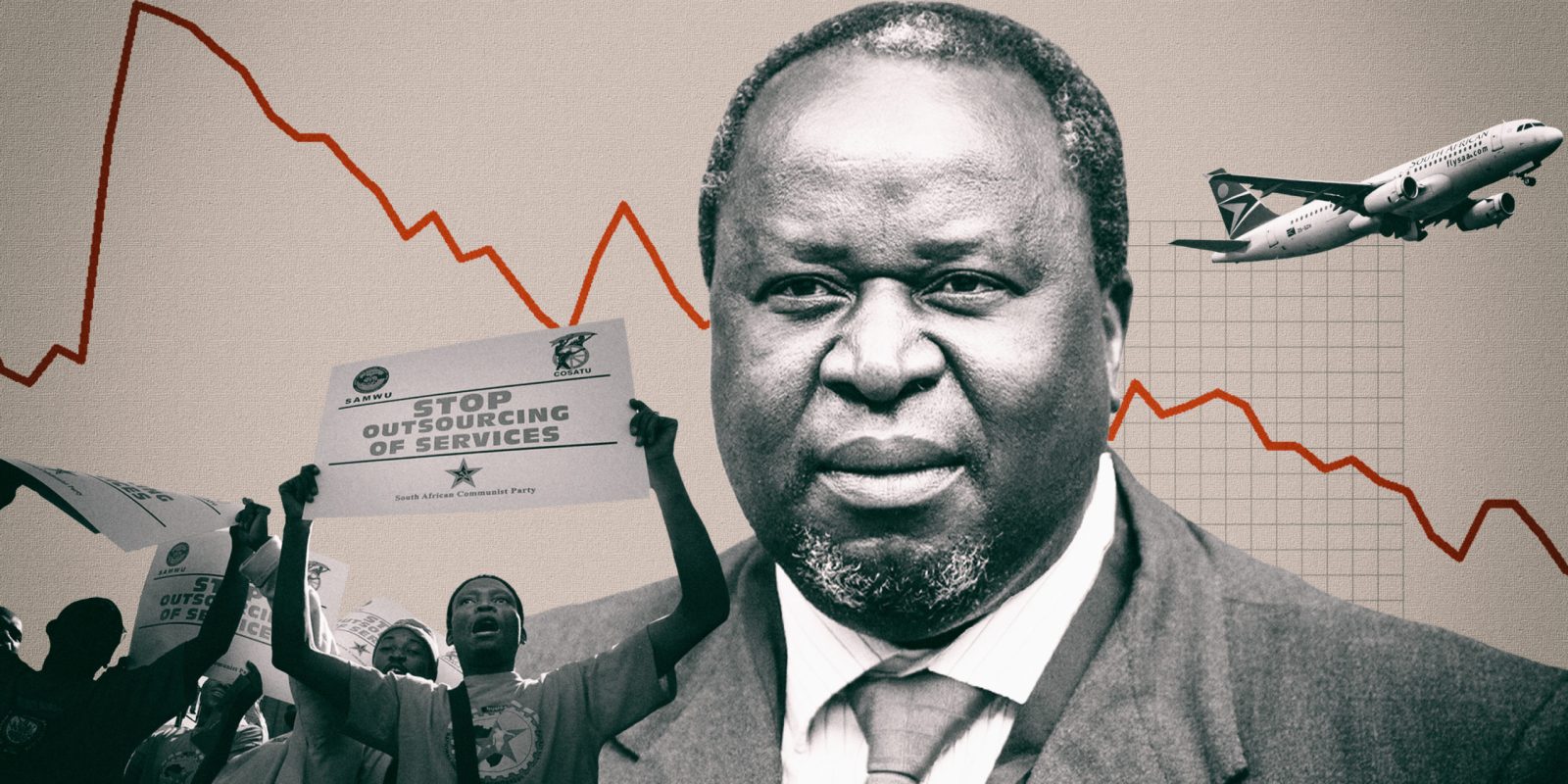 The differences between this Budget and every other previous Budget are incredibly stark.

On Wednesday 24 June, Finance Minister Tito Mboweni will deliver South Africa’s first emergency Budget since 1994. For the first time since democracy, the government has to make huge adjustments to its financial plans for the year.

This course adjustment is taking place when there are arguably greater demands and less money to meet them with than at any other time during the past 30 years. This is a crisis with deep political and financial implications.

The Budget could either set us on a path towards a sovereign debt crisis, or be the first step in climbing out of it. At the centre of this are the huge tensions between the government and public sector unions, which are already stung by the decision to cancel the wage increase that was previously agreed to.

The differences between this Budget and every other previous Budget are incredibly stark.

In the past, Budgets have been drawn up through a process of consultation, and departments and the ANC and its alliance partners were often asked to make inputs through various mechanisms. Our budgetary system was judged the most transparent in the world. At one point, economists could almost predict what would be in it, because of the formula that was used.

None of that applies this time around.

There appears to have been far less consultation, and certainly no time for it. The usual process of drawing up a Budget, which takes a full year, has been done away with. And Mboweni has said that he will be using zero-based budgeting. In other words, instead of taking last year’s Budget and making inflation-linked increases and the odd change here and there, the entire document is being drawn up from scratch. This could mean that departments would have to justify their demands, instead of just relying on what they got last time.

Both Mboweni’s fans and critics may feel that he might actually, privately, relish this situation. He can finally do what he always wanted to: make major changes. He could, perhaps, feel that he is going to unleash the reforms that he once claimed were to follow the lockdown and the pandemic.

This may lead to the worst possible outcome: that, despite the pandemic, the economic cost of the lockdown and predictions of an economic contraction of up to 7%, nothing really changes.

This could be the right moment, if there ever was one. There is little oversight, the ANC is not really able to assert itself, its national general council has been postponed until next year, and there appear to be few threats to President Cyril Ramaphosa, whose personal ratings are high.

However, despite Mboweni’s distressing warnings last week of our dire financial future, almost nothing seems to have changed. Government is still, it appears, stuck in the economic policy quagmire that it was in before. The Public Enterprises Department wants more money for SAA 2.0, and there have been no signs that anything has shifted dramatically.

This may lead to the worst possible outcome: that, despite the pandemic, the economic cost of the lockdown and predictions of an economic contraction of up to 7%, nothing really changes.

Amidst this is what is likely to be the biggest tussle: how the Budget deals with the increases due to public servants.

In February, the day before the “normal” Budget was presented, the government formally told unions at the Public Sector Bargaining Council that it would not be able to implement a previously agreed-to wage increase. It said it could not afford to do so. Then, despite much opposition from the unions, the government refused to confirm or deny whether the increase would materialise in workers’ bank accounts. Public Service and Administration Minister Senzo Mchunu refused to answer the question while speaking on SAfm. In the end, the increase was not paid. The unions are currently in court, hoping a judge will order the government to implement the increase, and they have a chance of winning.

This, then, comes to what will probably be the crucial decision of Mboweni’s Budget this week. Does he give in to the unions’ demands and pay the increase, or does he not?

Patients dying in the freezing cold outside hospitals would turn public opinion strongly against the unions. If not handled correctly, a violent action could be the final blow to their power.

Certainly, the unions may feel they have a strong hand here. Can anyone imagine the consequences of a strike in the health sector, especially during the pandemic? Technically, nurses and doctors are classified as essential service workers, but other staff can implement go-slows and work-to-rules. Avoiding any industrial action now, as we head into different Covid-19 peaks in different provinces, is a priority.

Still, a public blowback to the unions if they were to do such a thing, is all but guaranteed.

Patients dying in the freezing cold outside hospitals would turn public opinion strongly against the unions. If not handled correctly, a violent action could be the final blow to their power.

And there is plenty of evidence that unions don’t enjoy the same level of power and influence, in terms of numbers of members, money and influence that they used to have. The Zuma era and the internecine battles it created has resulted in the playing field shifting beneath them.

From another point of view, though, as unions have fewer members, their memberships can turn more radical, as those who remain often have stronger beliefs than those who leave. This can push union leaders into more hardline positions.

However, the real battle is what Mboweni’s Budget does for the longer term. He may feel that giving in to the unions now will have such drastic long-term effects that it cannot be countenanced, that if he were forced to implement the increase, it would put us on a path from which we cannot escape national default and IMF intervention.

This once again shows how, for the government during a pandemic, there are no good options, and not even less-bad options – only less-apocalyptic options. DM