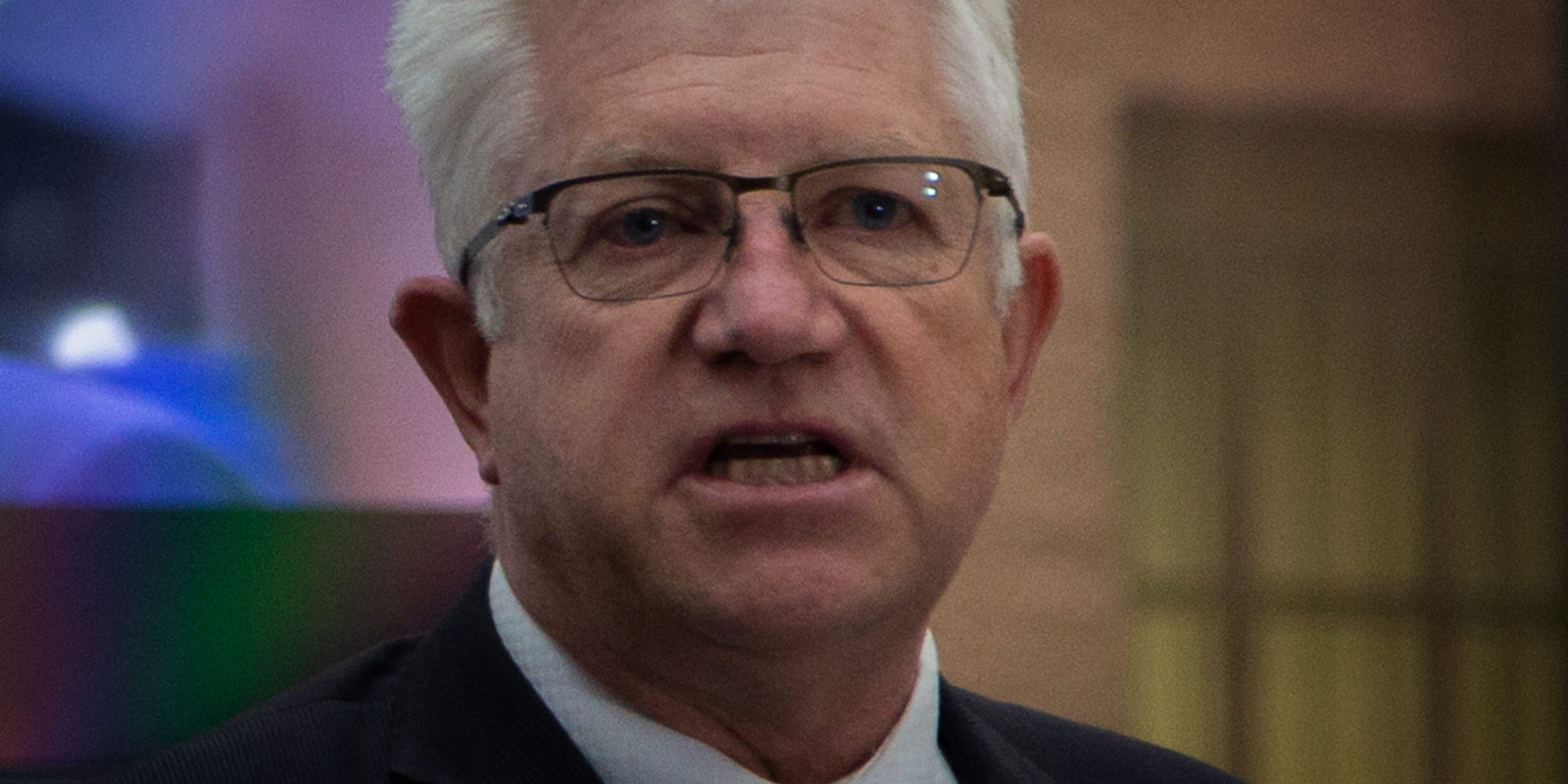 ‘Children are my boss just as the voters are your boss,’ said the new Western Cape Children’s Commissioner, Christina Nomdo, to Premier Alan Winde during a question and answer session on Youth Day, Tuesday 16 June.

Violence and schooling in the Western Cape during Covid-19 were two of the biggest topics to come out of a Facebook Live session between Western Cape Premier Alan Winde and new Western Cape Children’s Commissioner Christina Nomdo on Youth Day. Nomdo said children are anxious about schooling: whether they should return to school after lockdown and the potential threat of violence at school or in their environment.

Nomdo has had a busy first two weeks: she’s appeared before the Western Cape provincial legislature, engaged with children across the province and on Tuesday appeared with Winde in the Facebook Live session.

Read in Daily Maverick: Strategically and systematically: How the Western Cape Children’s Commissioner will approach her job

Introducing her role – to ensure the rights of children are respected, upheld, enforced and monitored in the province – Nomdo told the premier, “Children are my boss just as the voters are your boss.” Nomdo’s office – the first of its kind in South Africa – is independent from all governance structures, accountable only to the Western Cape Parliament.

Nomdo said, “I think what is prevalent in our society is this culture of violence, and children are very affected by this… we’ve had children gunned down in gang violence and this is all top of mind for child government monitors.”

And these monitors have every right to be concerned – in 2018, 279 murders of children in the province were reported. The commissioner said the children she had spoken to are anxious about violence in their homes and their communities.

“Violence is not just perpetrated in the streets, but at home, even in schools that children attend – what do we do about this culture of violence that exists?”

Winde responded by pushing the province’s highly ambitious Safety Plan, which aims to halve the province’s murder rate over the next 10 years, but he admitted the plan was “easy to say, but hard to get going”.

“Our focus was taken off by Covid-19,” said Winde, which opened the door for discussions on the reopening of schools. Several questions were raised on the readiness to reopen schools and the safety measures that will keep learners and their caregivers safe from Covid-19. The Western Cape had 1,787 confirmed cases of Covid-19 and five related deaths of people under the age of 20, Winde said last week during a media briefing.

Winde said “tough choices” had to be made, but the province was focused on reducing the risks of Covid-19. This was a balancing act – send children to school or risk other issues such as lack of access to healthcare or food when schools are not opened.

“All of the signs from across the world show us that young people are the safest,” said the premier, echoing an earlier sentiment from Professor Mignon McCulloch, chairperson of the South African Paediatric  Association.

Winde said the province would work hard to keep people safe. Asked if all schools were ready to reopen with all the correct safety and protective equipment, Winde said, “we understand people are anxious” and schools that do not have safety equipment should inform authorities about this.

The Western Cape Education Department has spent R280-million on the procurement of personal protective equipment and other equipment such as cleaning materials and digital thermometers for its more than 1,500 schools across the province.

Winde said there will be “a whole new way of business and education for the next few months… let’s get things sorted”.

“This Youth Day will be different to previous years because of the Covid-19 pandemic. Many of the celebrations and the events benefiting young children will not go ahead, but I would like to encourage individuals, communities and businesses who are able to, to support organisations caring for our young people. And I would like to encourage our young people to use their voices for change.” DM