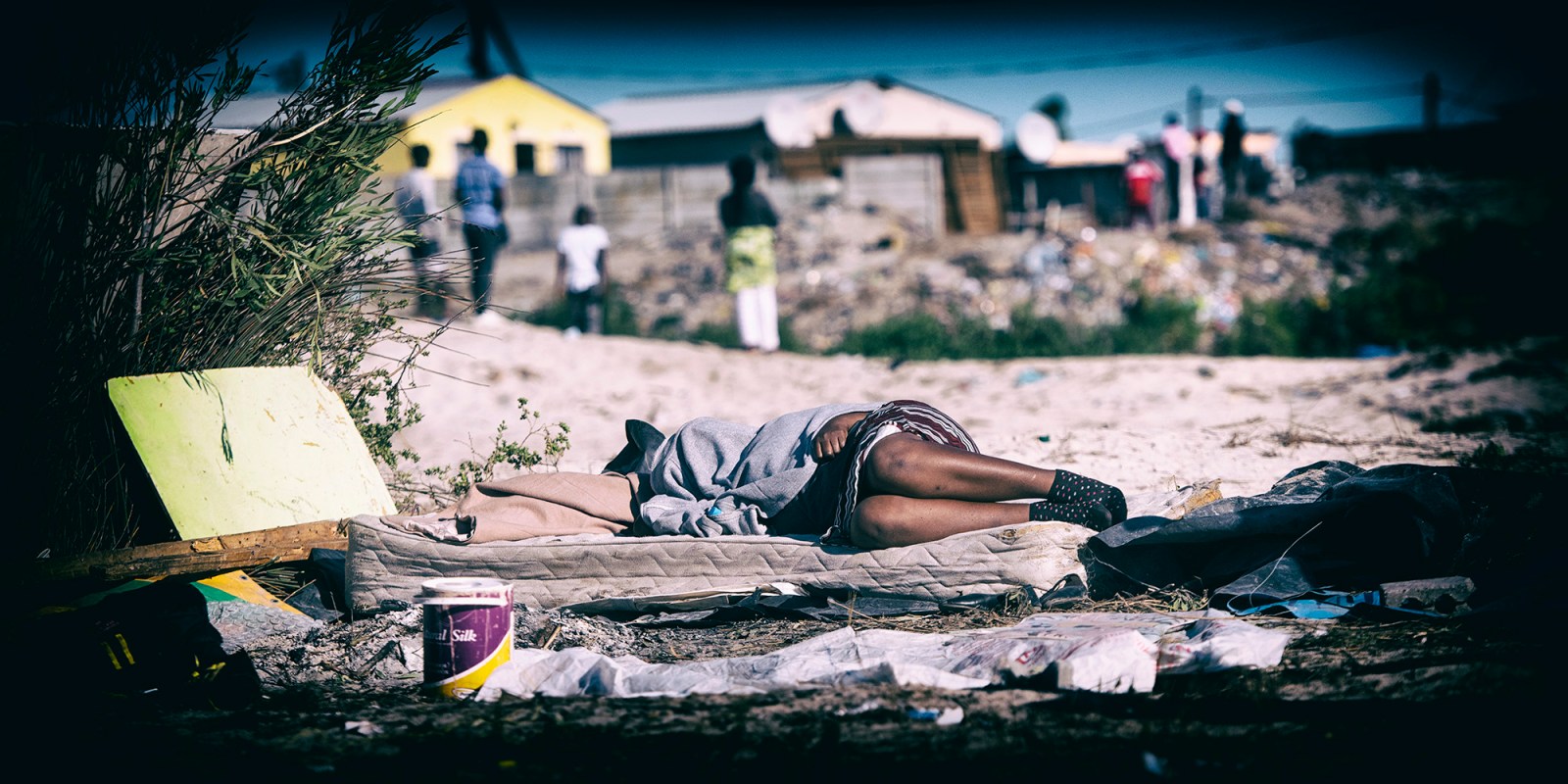 Empolweni residents on 19 April 2020 in Khayelitsha, after being evicted by the City of Cape Town during the Covid-19 lockdown. (Photo: Brenton Geach / Gallo Images via Getty Images)

The City of Cape Town told the parliamentary committee of co-operative governance and traditional affairs how many water tanks it had distributed in informal settlements — but the committee wanted to know why the City was evicting residents despite the lockdown moratorium.

The City of Cape Town spent Thursday evening updating the parliamentary committee of co-operative governance and traditional affairs on how many water tanks it had delivered to informal settlements in the city.

“The Informal Settlements Basic Services branch (ISBS) identified the use of water tanks as a feasible solution to providing water points to communities that previously have not been provided with a potable water supply and where no water connections are currently available,” said Llast Mudondo, from the city’s water and sanitation department.

In March 2020, the city’s water and sanitation department obtained quotations from HEB Maintenance for about 250 water tanks. But, due to funding constraints, this was reduced to 93 water tanks, Mudondo told the committee.

An additional 214 water tanks were received from the national department of water and sanitation. The anticipated operational costs for the water tank installations would total the City R10-million a month.

In a committee on the distribution of water tanks two months ago, Lance Joel, chief of operations at the South African Local Government Association (Salga) told the committee that “water tanks place [a] massive logistical management and financial burden on municipalities”.

Joel emphasised that the costs of maintaining water tanks prohibited them from being a long-term solution.

To date, about 200 tanks and more than 39,700 kilolitres of water have been provided to informal settlements, said Mudondo.

This did not happen without challenges, Mudondo said. “Due to density and space constraints, the majority of the informal settlements identified could not accommodate the water tanks. In these instances, it was agreed that provision of potable water would follow in the form of taps and standpipes instead,” Mudondo told the committee.

However, members of the committee were more interested in why the City was evicting residents in informal settlements despite there being a moratorium on evictions under lockdown.

“I appreciate the good work that the City is doing, but I’m disappointed by councillors evicting people. Why are you evicting people when the regulations say you shouldn’t?” asked Gordon Mpumza, an ANC MP.

Earlier in the day, structures were demolished in Hout Bay where residents were shot at with rubber bullets. This was not the first time since lockdown began that residents in informal settlements were evicted.

EFF MP Hlengiwe Mkhaliphi pointed out that the last time the City of Cape Town appeared before the committee, similar questions were asked about evictions.

The City’s deputy mayor, Ian Neilson, repeated City officials’ stance that they were tearing down only unoccupied structures.

“We have not gone against [lockdown] regulations. What was dealt with were incomplete structures, nobody lived in there, so there were no evictions,” said Neilson.

Bheki Hadebe, an ANC MP, asked Neilson not to be “patronising” in his response:

“Those structures were occupied — if they weren’t then the police wouldn’t have used rubber bullets. Please, don’t insult our intelligence.”

This was the second time the City had appeared before the committee to discuss its Covid-19 plans, and on both occasions Mayor Dan Plato was absent. Hadebe said it was unfortunate that the mayor was absent “when he should be here to account”. DM