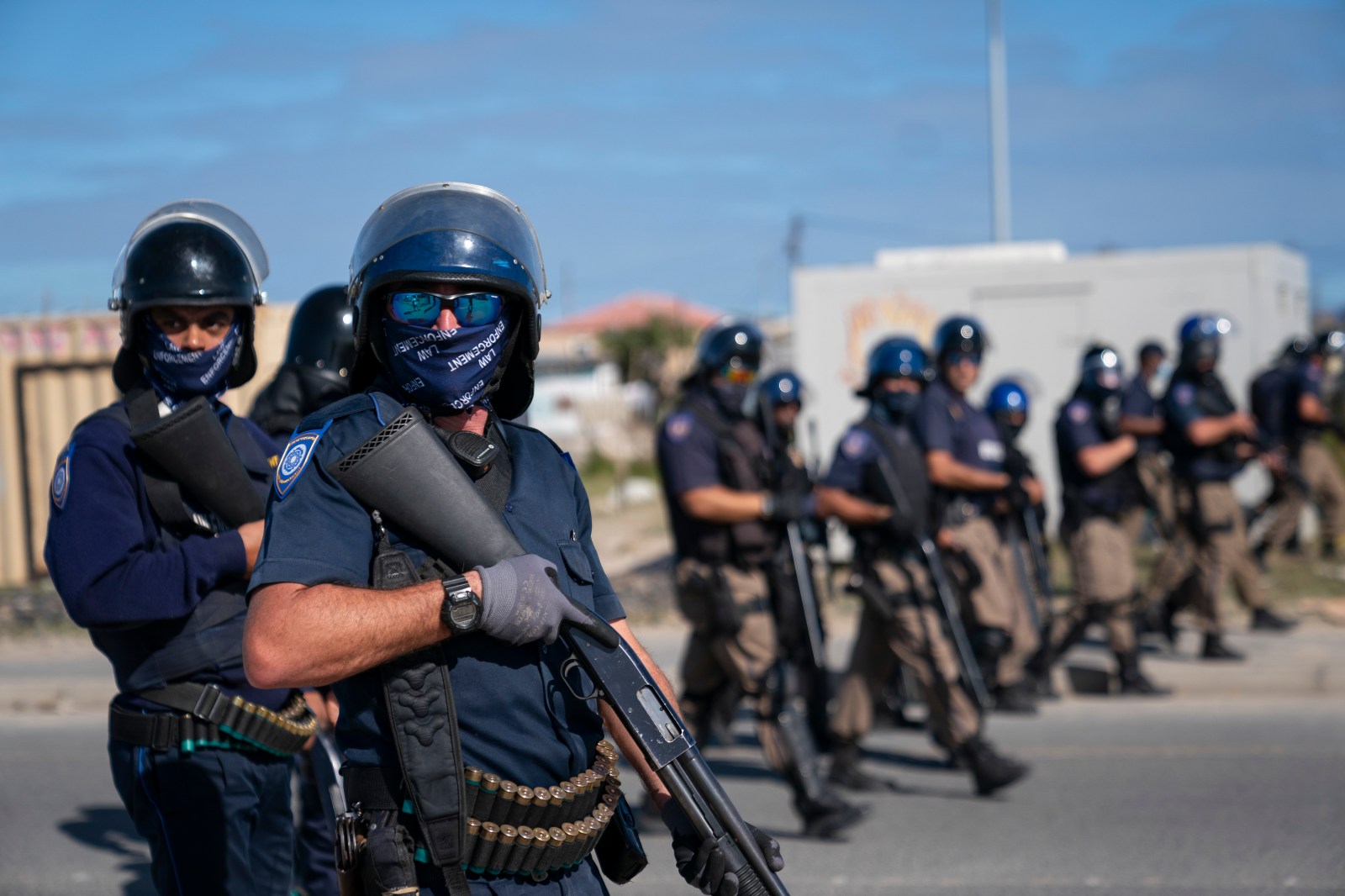 A senior police commander in the SAPS Explosives section, who chose to remain anonymous, has raised the issues of budget cuts and inconsistent training as being barriers to performing the department's essential tasks. (Photo: EPA-EFE/NIC BOTHMA)

South Africa could see similar protests to those taking place in America and around the world if steps aren’t taken to reign in brutal law enforcement officers.

As South African youth, we have been growing increasingly concerned about the abuse of power that has been displayed by some officials in the South African National Defence Force (SANDF) and South African Police Services (SAPS) who ought to be keeping people safe in this time of crisis.

We therefore welcomed the North Gauteng High Court ruling of Friday 15 May, in which the judge ordered the suspension of the officers and soldiers involved in the murder of Collins Khosa. However, we call on the government to focus on the long term reform of these violent institutions for the sake of our people and our future democracy.

South Africa’s initial response to the Covid-19 crisis received worldwide praise, but in April, when more and more cases of police brutality came to light, we were forced to remember that these desperate times do not excuse violence.

Predominantly black and brown people – who form the majority of poor communities in South Africa – are disproportionately affected by things like the climate crisis and the Covid-19 pandemic, but are also predominantly the victims of police brutality. The government has to take serious action against police violence, especially in times of crisis.

The strained relationship between the people and the security forces dates back to the apartheid era when law enforcement was deliberately used to oppress and abuse people of colour. Unfortunately, even after apartheid ended and the laws were changed, the fear, stigma, and brutality have remained.

We continue to see this disparity in police treatment where white people have been arrested without being beaten for staging peaceful protests or disobeying lockdown. This is in stark contrast to the intense physical and verbal abuse that people of colour in rural and low-income urban areas have faced while simply standing in line to buy food or receive essential services.

This mirrors the current situation in America. Privileged white people in some states arrived at anti-lockdown protests armed with assault rifles and were met with no resistance from the police. A very different response has been seen towards the Black Lives Matter protests taking place in response to the murder of George Floyd. Incidents of unnecessary police violence against African Americans are recorded virtually on a daily basis.

In the midst of these protests, it is not only important for us to stand in solidarity with protesters against the racial injustices they face, but to remember these atrocities are happening on our own soil as well.

Over the Easter weekend, Collins Khosa was beaten and killed outside his home for allegedly breaking lockdown rules. News24 reporter, Azarrah Karrim, was first shot at in Yeoville with rubber bullets before being asked to produce her permit. Siyasanga Gijana lost her eye while fetching water in her own yard. These acts of brutality by certain police officers and soldiers are spreading fear across the country. We know they are not isolated incidents.

This is why we welcome the court ruling on 15 May, which not only called  for the suspension of those law enforcement officers involved in Khosa’s death, but also called for a number of other measures to address and reduce violence and brutality by South African law enforcers.

While this ruling is a step in the right direction, it cannot and must not end here.

If not properly addressed, this continued abuse could cause an uprising in South Africa, similar to that which has been seen in the United States over the past week. While we understand and support the right to protest, mass marches and protests could hamper efforts taken to flatten the Covid-19 curve and detract from efforts to restore the economy.

The manner in which law enforcement is responding to contraventions of disaster regulations could be an indication of how they will respond in future crises, for instance, when food and water becomes scarce as a result of climate change and other ecological disasters. It is the poor and the marginalised who are most vulnerable and they need the most protection.

As Covid-19 cases in the country continue to climb and lockdown regulations are loosened, public health and safety must be at the forefront of all government thinking. This must include combating environmental degradation and minimising the number of people exposed to hazardous air, water and land pollution. Environmental sustainability must be ensured and our unjust economic and law enforcement systems must be reformed.

It is clear that if we do not address the climate crisis, the same marginalised communities being affected by police brutality will be the hardest hit. The Covid-19 pandemic is only the first in a series of global challenges to come, and we must learn from our response to prepare for our future.

We urge the president and government to take this opportunity to reform our system to ensure that we transition towards a Just Recovery from Covid-19. Changes that prioritise health, show solidarity with the working classes and bring economic relief to the people. We need to be resilient and prepared for future crises. MC