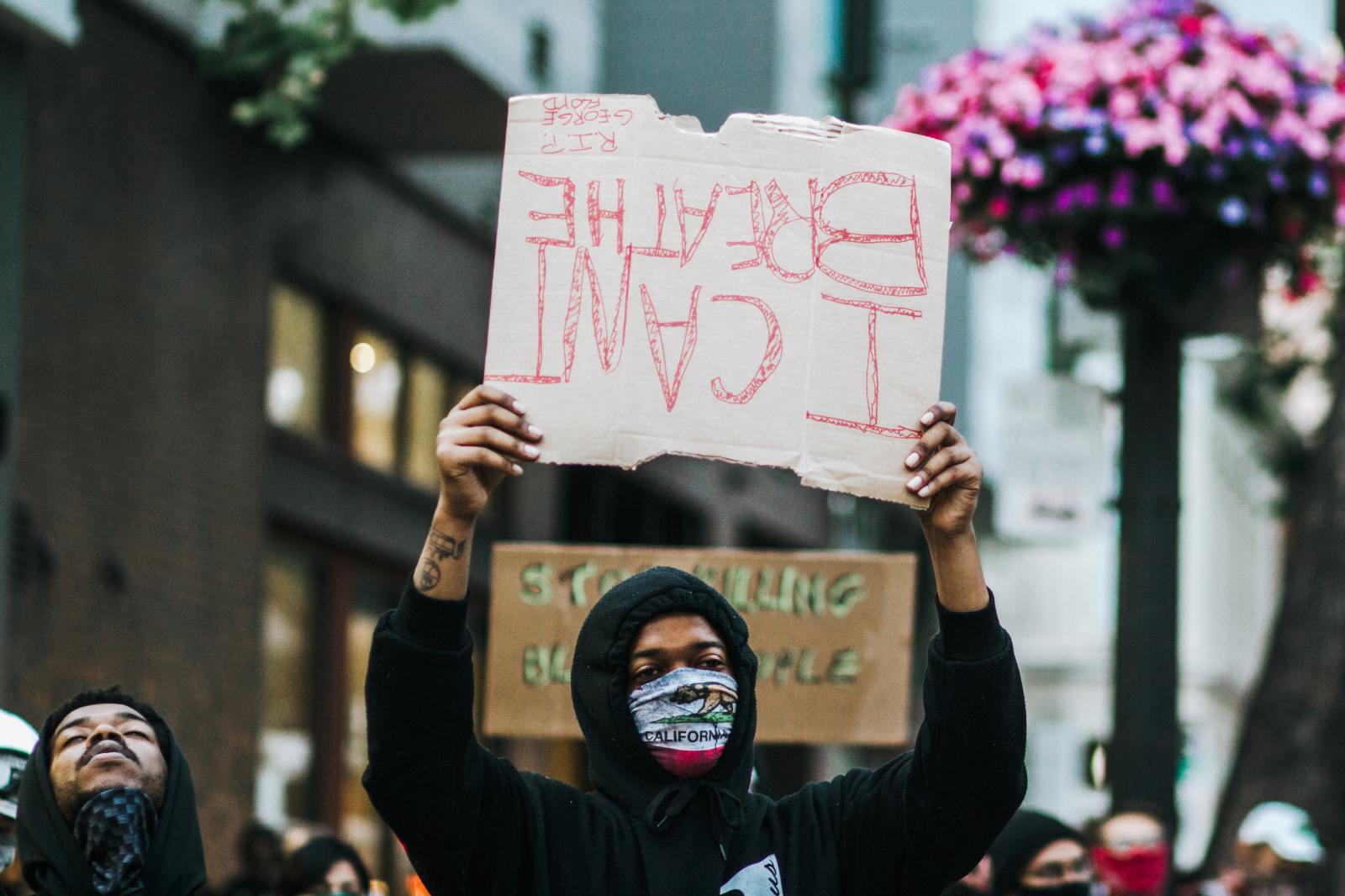 Photo by Gabe Pierce on Unsplash

South Africa went into a 21-day lockdown on Friday 27 March in the hope of blocking the spread of Covid-19. The lockdown was extended for two weeks, then Level 4 kicked in followed by Level 3 last Monday. These reflections are part of a series by writers monitoring stay-at-home life in various neighbourhoods.

This week has been emotional

Scrolling through social media, Floyd’s face was a prominent feature, with the hashtag #BlackLivesMatter. The movement which started in 2013 after the death of teenager Trayvon Martin called for a social media protest this week, and #BlackOutTuesday saw people posting black squares on Instagram to mourn Floyd’s death and bring about change.

But the question is, will there be any change?

George Zimmerman, who shot Trayvon Martin, was acquitted of all charges.

Closer to home, a probe into the death of Collins Khosa at the hands of SANDF soldiers found that although Khosa had severe injuries including a ‘blunt force head injury’, the soldiers are not being held liable for his death.

Defence minister Nosiviwe Mapisa-Nqakula even denied there was a report with findings into Khosa’s death. I’m confused…

To take this further, the ANC has been slammed for condemning Floyd’s death but remaining silent on Khosa.

Ferial Haffajee, this week, was rightfully outraged when Ramaphosa referred to 11 lockdown deaths and 230,000 arrests as an act of ‘overenthusiasm’. “They (the police) let their enthusiasm get the better of them,” she quoted him as saying.

To bring it even closer to my home, a sex worker died in custody at Mowbray police station in April. Only now are questions being raised about the circumstances of her death, which was an alleged suicide.

She brings the number of lockdown deaths to 12.

Two investigations are currently open into her death. One with IPID (great…) and another is a joint effort between the Commission for Gender Equality and the Human Rights Commission.

With all of this going on, as a black person you cannot help but feel angry, gutted and tearful. Black pain is real. It’s inexplicable at times, because it can trigger you to weep for someone you never knew, but something in your DNA, your ancestry feels like you’ve lost a brother/sister.

And of course, the #AllLivesMatter debate has reared its ugly head again with many white people saying, “well, what about us”. But as countless people have tried their best to explain, of course, all lives matter, but right now, black lives are in danger, they’re being belittled, killed with little to no justice being served, so right now, it’s not about you, it’s about bringing black people onto equal footing with everyone else.  I’ll say it again: this week has been emotional. – Sandisiwe Shoba

Johannesburg South, Gauteng: This week I started jogging again. Running has always been my preferred form of exercise – I’m not the gym and lifting weights type. In fact, one of my biggest dreams is to complete the Comrades Marathon.

Now, I would love to lie and say it has been bliss to feel the morning breeze and stretch my legs again, but I will keep it real. It’s been absolute torture. For one, I have not run consistently over the last year. The job can be so demanding that the little time you have off, you just want to relax.

I have, however, substituted running for hiking in the last year. That has helped keep my fitness relatively okay. Now this where it gets complicated.

This week has also taught me that hiking for 15 kilometres and jogging for 5 kilometres are two different animals. Add to that the fact that I haven’t hiked since February due to the lockdown, and you’ve got yourself a wheezing old car with the rustiest engine ever.

Now if you consider the fact that the jogging I’ve done in my neighbourhood in the last few days has also involved wearing a mask, and the fact that I have a sinus issue, you’ve got yourself a proper disaster. But I’ve pushed through, along with my spaghetti legs second-hand olfactory system.

What’s pleased me most during this time is that everyone I’ve encountered on my early morning jogs has had a face covering of some sort, whether it is a mask or scarf. So, that’s been great to see.

As for me, I want to be consistent in my jogging. By the end of this month I want to be able to jog 5km without breaking a sweat. Then after that, Comrades Marathon here I come. – Yanga Sibembe

Protea, Soweto: On Day 70 of the national lockdown, physical distancing continues to be a challenge, especially where food is concerned.

As South Africans come to terms with the devastation of the coronavirus, it has become clear that physical distancing remains impossible. It has been the same with even food outlets such as Chicken Licken having found it hard to maintain physical distancing in queues.

This is also the case where food parcels are concerned.

Other food outlets only enforce physical distancing once customers in the queues step into the store, and ignore the stretch of the queue where people are huddled together.

It is the same with NGOs and community organisations who provide food aid, enforcing social distancing is impossible. Last week dozens of kids huddled together in Protea South as they waited for their turn to receive their food parcels.

The head of the Protea South NGO told Daily Maverick that enforcing distancing during food distribution was impossible but they were trying their best as they had to monitor both children and adults.

The challenges in enforcing physical distancing during food distribution comes at a time when positive Covid-19 cases in the country are on a rapid rise. The number of  confirmed cases in the country currently stands at 37 525. However, there have notably also been 19,682 recoveries to date. – Bheki Simelane

Self-care Sundays include no social media

This either meant that I should get a less judgmental cellphone or I should take a break from social media.

The latter seems more probable as I do know that I spend so much time on social media. Sometimes I may not be actively engaging or posting but just scrolling through timelines and newsfeeds and seeing what is happening in the rest of the world.

In my defence, the social media has gone crazy in the past week with both local news (with alcohol going on sale on Monday, and the #TshegoMustFall as well as joining the US in the fight against police brutality and racism) and international news (George Floyd and the Black Lives Matter Protests, Anonymous making a return, and the world joining the fight against racism. Oh ja and Covid-19).

With that being said, however, being so active on social media and seeing so much happening in the world, especially if it almost feels personal, can have a very negative impact on your mental health. 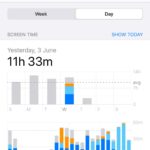 I did some research on my phone, which probably clocked more hours of my screen time, and found that many experts believe that taking a break from social media and even your phone can be the healthiest boundary you set for yourself. It is meant to allow you time to centre yourself and focus on the goals you may have set for yourself. And more important, it allows you to reflect on everything happening in the world and deeply reflect on how it affects your life.

Most articles agree that it is difficult to just shut off and go completely cold turkey, so it has to be gradual. Start off with an hour a day with not looking at your phone and then gradually increasing your time off your phone. Or taking a day when you know you don’t have to look at your phone. Like for myself, it would mostly be on a Sunday and I have recently learnt that self-care Sunday should include no social media and no cellphones.

I wonder how long this will last with me because my job requires me to be on my phone. – Chanel Retief