In Eastern Cape, more than 20,000 still await their Covid-19 results 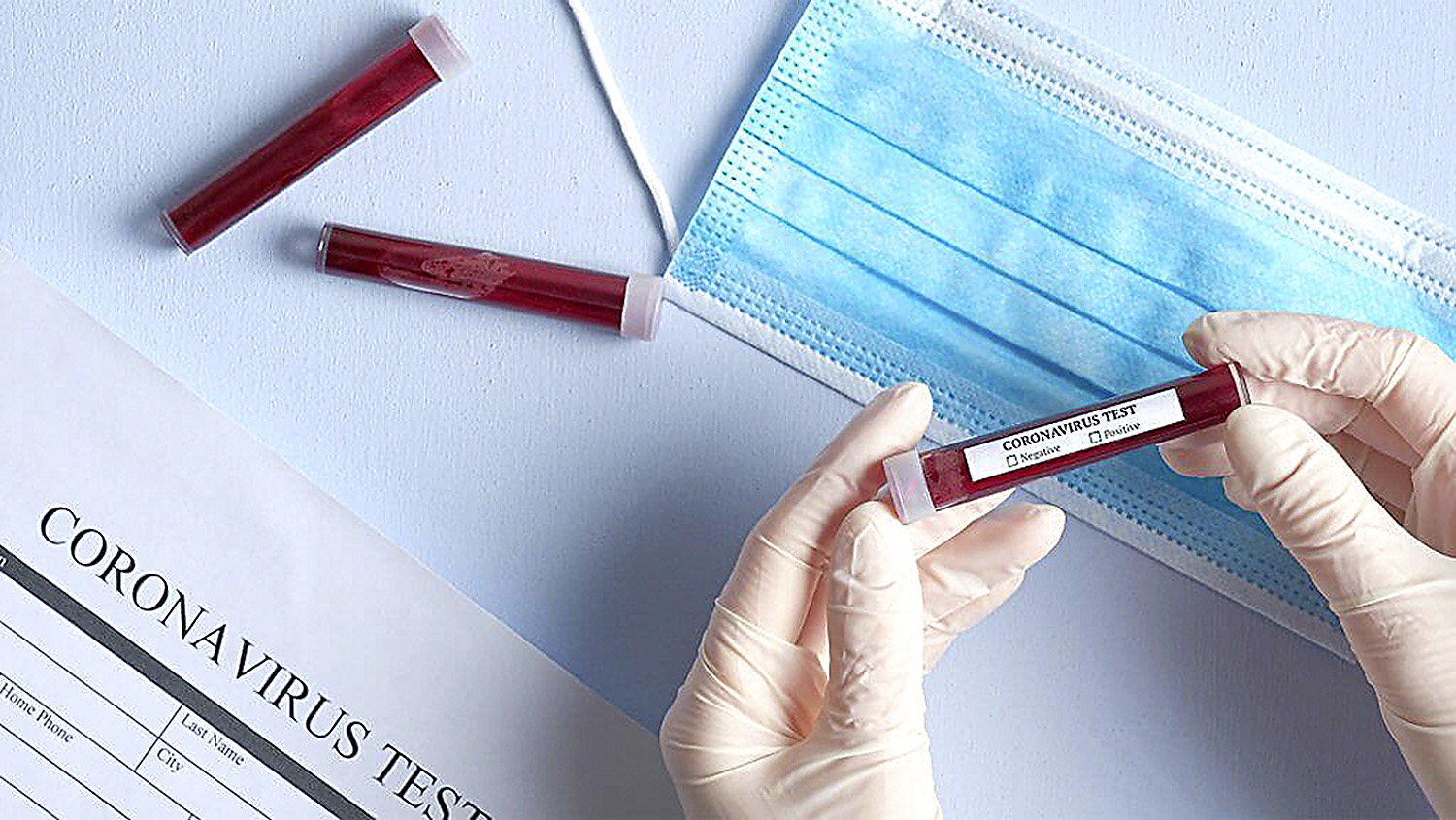 Logistical problems have led to no test kits for coronavirus infections being delivered to Eastern Cape laboratories where test results are lagging by up to three weeks.

Testing for coronavirus infections has slowed down at an alarming pace in the Eastern Cape after no extraction and test kits could be delivered to the province’s laboratories due to “logistical challenges”, according to the National Health Laboratory Services (NHLS).

The area manager for the NHLS in the province, Tabita Makula, stated in a letter addressed to the Eastern Cape Legislature’s Health Portfolio Committee that the province’s testing strategy will have to change.

In an article published in Daily Maverick on 1 June, several experts in infectious disease also called for a change in testing strategy.

Health Minister Dr Zweli Mkhize said on Monday that the province now had 4,111 patients who had tested positive for the coronavirus.

According to the Department of Health, more than 21,000 test results are outstanding. Data from the province’s two metros, Nelson Mandela Bay and Buffalo City, shows that between 3% and 5% of tested cases have a positive result.

The current waiting period for non-prioritised samples in the province is more than two weeks. This has led to the prolonged closure of clinics as nurses refuse to return to work until they have received their results.

“The testing strategy or priorities for Covid-19 testing in the province needs to change. This will reduce the number of samples received and improve turnaround time for results,” Makula wrote.

A spokesperson for the National Health Laboratory Services, Mzimasi Gcukumana, said extraction and test kits could not be delivered “due to logistical challenges that were outside of the NHLS’s control.”

He said they had ordered enough test kits for 36,000 tests per day but were only receiving limited quantities.

“We continue to engage with international suppliers to expedite the delivery of the test kits.””

He said the kits that were in short supply were extraction kits and kits for integrated platforms for Roche Cobas and GeneXpert. These are the machines that perform rapid testing.

“The NHLS has adequate kits for PCR machines but the limiting factor is the extraction kits. The testing process requires two steps: Firstly, the RNA of the virus is extracted from the swab, and the RNA is reverse transcripted into DNA – this is called extraction. The second part of the process is the amplification of the DNA in a PCR machine. Once amplified, the DNA can be analysed to determine the presence of the virus,” he said.

He said machines like the Cepheid GeneXpert and the Roche Cobas 6800/8800 are integrated machines and able to do both the extraction and PCR process in one automated test.

“The PCR machines that do not have their own extractor are Abbott M2000, BioRad CFX, QuantStudio and Roche LightCycler. Separate extractors (Nimbus and EasyMag) have been procured to extract the RNA from the virus before it can be put into the PCR machines for amplification.”

This test takes longer than those done on the GeneXpert and Roche machines.

It is understood that due to the lack of test kits, the PCR machines with separate extractors must now be used, which slows down the production of test results.

In a letter written to the Eastern Cape Legislature’s Health Portfolio Committee, area manager Tabita Makula stated that Health Minister Mkhize had contacted the US ambassador to assist and had chartered planes to fetch test kits.

“The testing strategy for the province has changed from the initial guidelines [set by the National Institute for Communicable Diseases] to include testing of asymptomatic patients. This has resulted in delays and laboratories incurring backlogs. Test kits that could have been utilised for priority samples, eg, hospitalised patients or primary contacts, were used for testing asymptomatic patients.

“The current system of prioritising urgent specimens should alleviate this problem when fully implemented.

“In addition, private organisations such as Volkswagen South Africa are in the process of assisting us with getting high throughput equipment from other countries to expedite the testing,” she stated in her letter.

“The laboratories are receiving samples on a daily basis and there is no time to catch up and clear the backlog,” Makula said in her letter.

She added that laboratories were running out of storing space.

A spokesperson for the Democratic Nurses Union of South Africa, Khaya Sodidi, said many nurses are stuck at home for more than two weeks awaiting results.

“It is not that they don’t want to work. The department is trying to force them to come back before they have received their results, but this would be irresponsible,” he said.

“The lack of leadership in the health department is becoming more glaring every day. Lack of coordination and the distinct lack of a targeted and consistent approach to screening, testing, tracking and tracing has left healthcare workers confused and angry, particularly as they have been put at risk by these failures.

The chairperson of the district health forum in Nelson Mandela Bay, Thembisile Nogampula, said they will have a meeting with the Department of Health this week to discuss the impact that the backlog of test results has on patients. He said patients go through two weeks of isolation without receiving their test results.

“I know of two clinics that have been closed pending nurses receiving their results. This results in huge numbers of patients at other clinics. Our people are standing in long queues outside to get their medication. It is terrible. The waiting alone is dangerous.

“Patients are told to self-isolate pending results. Some families need counselling but there is no immediate follow-up because the tests are taking so long,” he said.

“We are begging for results every day. People are traumatised. They don’t have symptoms but they are told that they might have this thing. Many people are trying to be responsible. They don’t want to give it to someone else, but now they must sit in the house and wait for three weeks,” he said.

“Some people are scared. Once they see somebody getting ill, they are starting to panic. The panicking will kill our people. They need to calm down. Every day brings more stigma and more lies. People now think that because there is alcohol in hand sanitiser you can save yourself from the virus by drinking. They think only old people will die.”

Jane Cowley from the Democratic Alliance said by the end of May, a total of 52,580 people had been tested for Covid-19 in the Eastern Cape.

“Of these, 3,759 people were confirmed as having the virus. However, the test backlog was in excess of 22,000, which is more than 40% of the total number of tests administered. Effectively, this means that the total number of people with the virus is far higher than reflected in the figures.

“The backlog in test analysis is so extensive that people are completing their isolation period of 14 days before receiving their results. This is having the knock-on effect of people refusing to be tested as the process takes too long, and is likely to result in asymptomatic patients exposing others to the virus.”

The backlogs are just one more in a string of failures by the Department of Health in the management of the response to Covid-19. The personal protective equipment debacle has left hundreds of frontline workers exposed to the virus, and now facilities are desperately short-staffed as their colleagues self-isolate after exposure.

“The lack of leadership in the health department is becoming more glaring every day. Lack of coordination and the distinct lack of a targeted and consistent approach to screening, testing, tracking and tracing has left healthcare workers confused and angry, particularly as they have been put at risk by these failures.

“The premier needs to do some serious introspection and replace the MEC and HOD with suitably qualified people who are capable of managing an effective, considered and targeted response to the Covid-19 pandemic,” she said. MC/DM