Living on a prayer: Concerns as places of worship prepare to reopen their doors 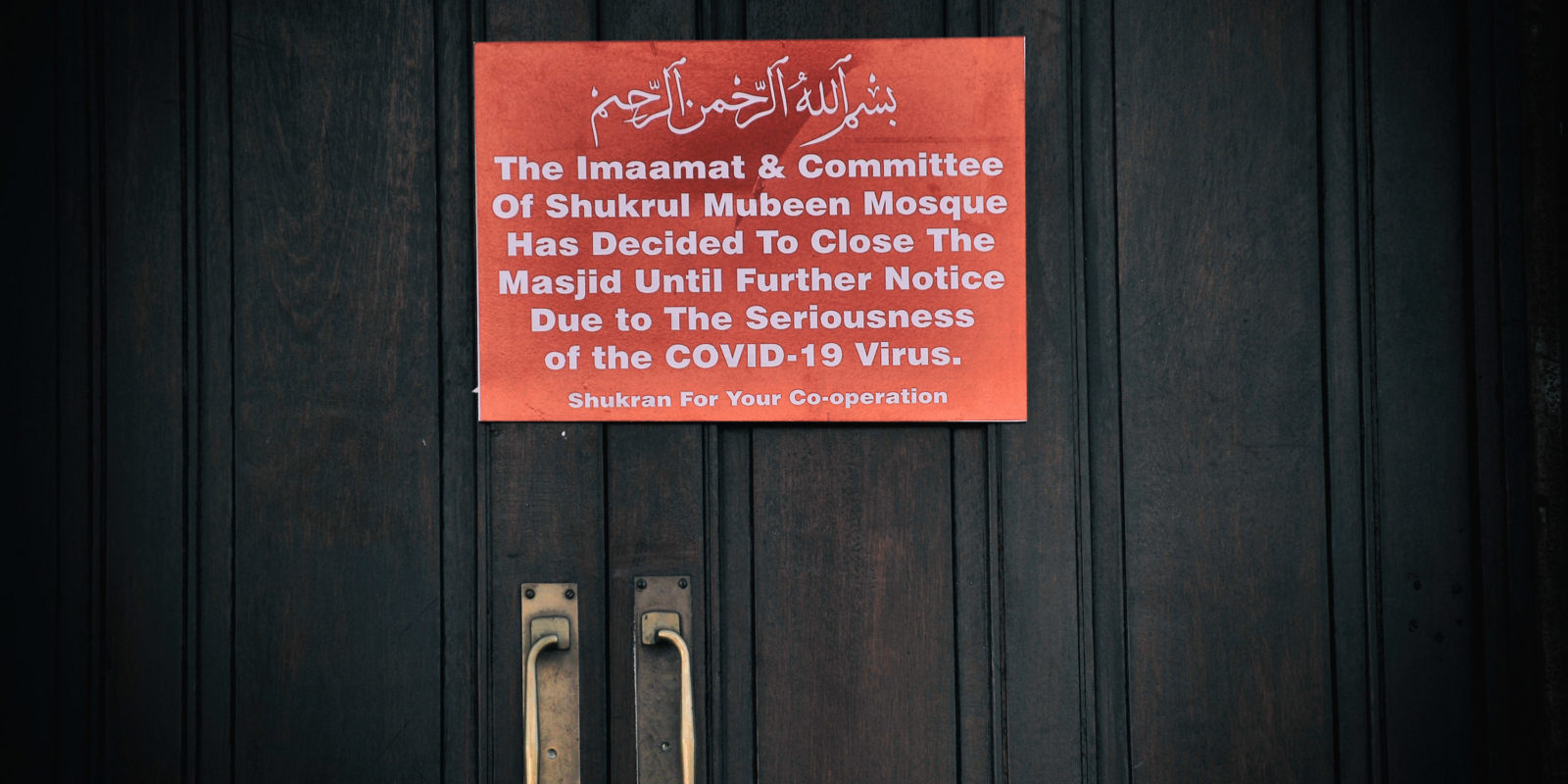 The president’s announcement that places of worship can resume services under strict conditions during lockdown Level 3 has been met with strong and mixed opinions. The big question is, how will worshippers gather safely without spreading the coronavirus?

With the announcement that recognised places of worship can resume services with a maximum of 50 people under Level 3 lockdown, questions have arisen regarding what preventative measures will be put in place to curb the spread of Covid-19 during these gatherings.

On Monday, President Cyril Ramaphosa said that regulations require worshippers to wear masks, to observe physical distancing protocols,  sanitise venues before and after services, and rituals that place people at risk must be avoided.

The final regulations have not yet been gazetted.

Religious leaders will also now be recognised as “frontline workers,” said Ramaphosa, “for purposes of spiritual counselling to members of their faith organisations.”

Many places of worship are busy preparing for congregants to return from 1 June, while others are considering whether it is wise to reopen.

For example, Mary Kluk, the president of the South African Jewish Board of Deputies (SAJBD) told Daily Maverick that the organisation had “concerns” about the “real dangers” of opening up their shuls.

“We have sought input from communal leadership, rabbis and have had ongoing consultation with our medical experts,” said Kluk.

Freedom of Religion SA (Forsa) welcomed the easing of restrictions but cautioned that religious institutions aren’t forced to reopen their doors:

“Equally, members of each faith community must decide for themselves whether or not to attend, based upon their personal health risk assessment and taking into account the possible knock-on effect on the most vulnerable members of our society,” Forsa wrote in a statement on 27 May.

Concerns have been raised over the elderly who make up the bulk of worshippers and are particularly vulnerable to Covid-19.

Archbishop Thabo Makgoba of the Anglican Church of Southern Africa told Daily Maverick that elderly parishioners will be “discouraged from attending” church services.

But Anglican churches will be implementing measures to protect congregants.

“Church leaders have drawn up a set of guidelines which include provision for more, shorter services, in which distancing will be observed, hymn books and service books will not be shared, and worshippers will leave their collection money at the door at the end of the service,” said Makgoba.

Certain religious practices will also be discontinued, such as the singing of hymns; communicants will not drink wine from the communion chalice and priests will disinfect their hands before handing out wafers.

“Many congregations may organise rosters for members to attend.”

Pews, chairs and other surfaces that may be touched during services will also be wiped down.

Churches have already faced significant financial strain since having to close their doors. Unable to collect monthly tithes and weekly offerings some churches have struggled to pay rent or staff salaries.

The Muslim Judicial Council of South Africa (MJC) also welcomed Ramaphosa’s announcement and is still in talks regarding the way forward.

In a brief statement on Monday, the MJC acknowledged that Cape Town, where the organisation is situated, is the epicentre of the epidemic and therefore mosques must implement “strict regulations”.

Dissenting views are emerging regarding the “rationality” of Ramaphosa’s declaration. In a column published on Daily Maverick, Judith February wrote:

“Ramaphosa’s announcement makes no sense if one is taking a scientific approach to the pandemic.”

February continued: “In a country like ours where we are battling to test, trace and isolate those who test positive and where we have not yet reached the peak of infections, it is difficult to make the case that Ramaphosa’s decision was a rational one.”

“The more people mix, the more there is potential for spread. Places of worship are not immune to the virus,” they wrote in a statement.

The institute highlighted the possible financial burden of implementing preventative measures, saying many places of worship don’t have the money to “provide prescribed personal protection” or the personnel and equipment to sanitise buildings.

“In ethical situations where there are no good options, an ethical response should err on the side of caution. Sadly, we do not believe this does,” the statement concluded.

Churches have already faced significant financial strain since having to close their doors. Unable to collect monthly tithes and weekly offerings some churches have struggled to pay rent or staff salaries.

But the Jesuit Institute acknowledged that people of faith have suffered the “loss and pain of not being allowed to gather in their respective communities for worship. However, some have switched to gathering online.”

The South African Council of Churches (SACC) denied claims that it had coerced the government into easing restrictions on places of worship.

SACC general-secretary Bishop Malusi Mpumlwana was reported by News24 as saying that the accusations came from people who “failed to appreciate the intensity of people’s spirituality, especially the poorer communities of our society”. DM