Arch-rivals NUM and Amcu both oppose Mantashe on mining... 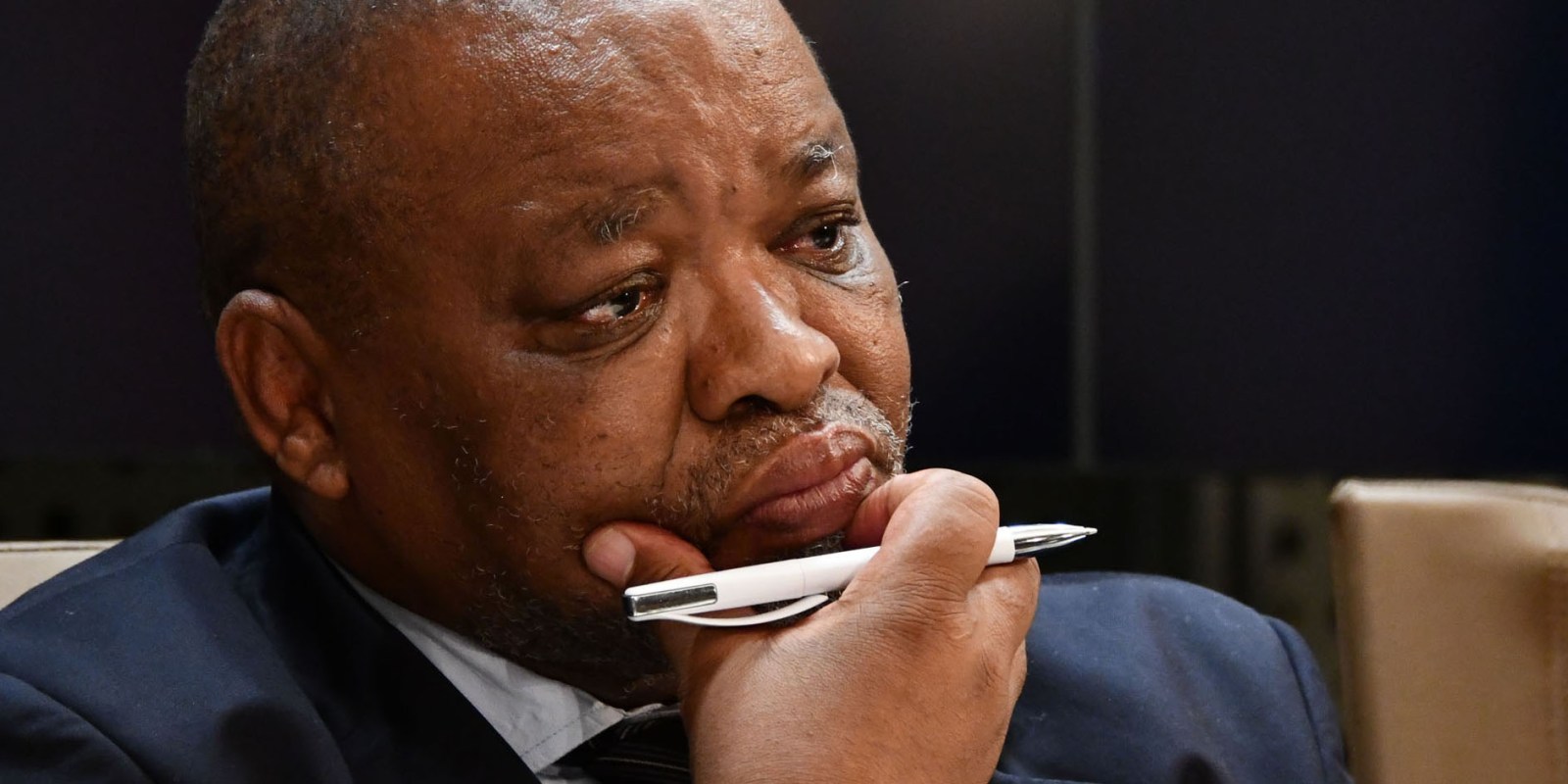 The Minister of Mineral Resources and Energy, Gwede Mantashe addresses members of the media at Tshedimosetso House, Hatfield in Pretoria. 24 January 2020. (Photo: Flickr/GCIS)

The mining sector’s arch union rivals, NUM and Amcu, have a common cause: Strident opposition to the reopening of the mining sector in the face of the Covid-19 pandemic. As the industry aims for a complete return to work from 1 June 2020, this is potentially a massive spanner in the works and a political headache for Mineral and Energy Resources Minister Gwede Mantashe.

Labour opposition to the mining sector’s reboot is growing, with the massive outbreak of Covid-19 at AngloGold Ashanti’s Mponeng operation, the world’s deepest mine in western Gauteng, a possible tipping point. On Tuesday, 26 May, the mine had recorded 196 Covid-19 cases among its workforce. It has been temporarily closed while contact tracing is carried out and its infrastructure subjected to a deep clean and sanitisation.

The National Union of Mineworkers (NUM) says the mine cannot be reopened until the entire workforce has been tested. This seems highly unlikely after Health Minister Zweli Mkhize said there had been a decline in national testing because of a global shortage of testing kits.

“Everyone at Mponeng must be tested before they go back,” NUM General Secretary David Sipunzi told Business Maverick.

So, what is the union’s strategy?

“Our intention is first to engage the companies to do thorough testing. Failing that, we may invoke the fact that our members don’t have to enter the workplace if they feel it is dangerous,” Sipunzi said.

But can it be invoked in the case of a pandemic?

“We strongly believe that an employee will be justified in leaving the workplace in terms of section 23 if they have reasonable fears of Covid-19 infection – for instance, if there are infections at the mine where they work. This will be strengthened if the employee has comorbidities such as silicosis or TB,” Johan Lorenzen, a lawyer at Richard Spoor Attorneys, told Business Maverick.

NUM’s Sipunzi also said that the union might consider litigation over the issue with individual companies, or possibly the Department of Mineral Resources and Energy (DMRE).

“We will do whatever it takes to save our members from being infected. Nothing stops us from litigating on the matter,” he said.

This is fast becoming a political challenge for Mining and Energy Minister Gwede Mantashe, who of course formerly headed NUM and has long relied on the union as one of his key bases of support in the governing ANC. Mantashe spearheaded the drive to reopen the mining industry ahead of most other sectors – moves that were opposed by both NUM and Amcu since the start of the Covid-19 lockdown. Indeed, the tone of both unions on the issue has become increasingly strident.

“All mine managers whose companies are not adhering to the Covid-19 regulations must be arrested. We will not allow a situation where our members and other workers are sacrificed for profits by these heartless and evil mining companies,” NUM said in a statement on Tuesday, 26 May. It has also singled out Mantashe in previous statements in which it expressed opposition to the sector’s reopening, though it has not done so more recently.

But mineworkers generally have a high level of awareness around health and safety issues – it is part of the job. This is also an industry that has historically been blighted by occupational diseases such as silicosis and TB. The hard-line taken by both unions on the issue probably reflects the concerns of their members.

And most now live off the mine premises, so the pandemic may well be rapidly spreading in the grim shantytowns that ring many of the mines. The clusters of cases appearing in the mines would strongly suggest this is the case.

Mantashe is no longer a formal union member, and as a Cabinet minister, he must respond to the needs and demands of all stakeholders, from the boardroom to the coalface. In the face of Covid-19, that makes for an extremely difficult balancing act.

Still, he faces almost blanket union opposition to his policies on this key issue. Amcu built its brand partly on perceptions – fairly or unfairly – that NUM’s leadership had grown too close to capital. (Amcu critics in NUM would say it also uses violence and intimidation, allegations it has always denied.)

Now, Mantashe appears to be siding with the industry against both NUM and Amcu. This could have profound implications for the politics of South Africa’s labour movement – one of many ways in which the pandemic is proving to be a game-changer. DM/BM