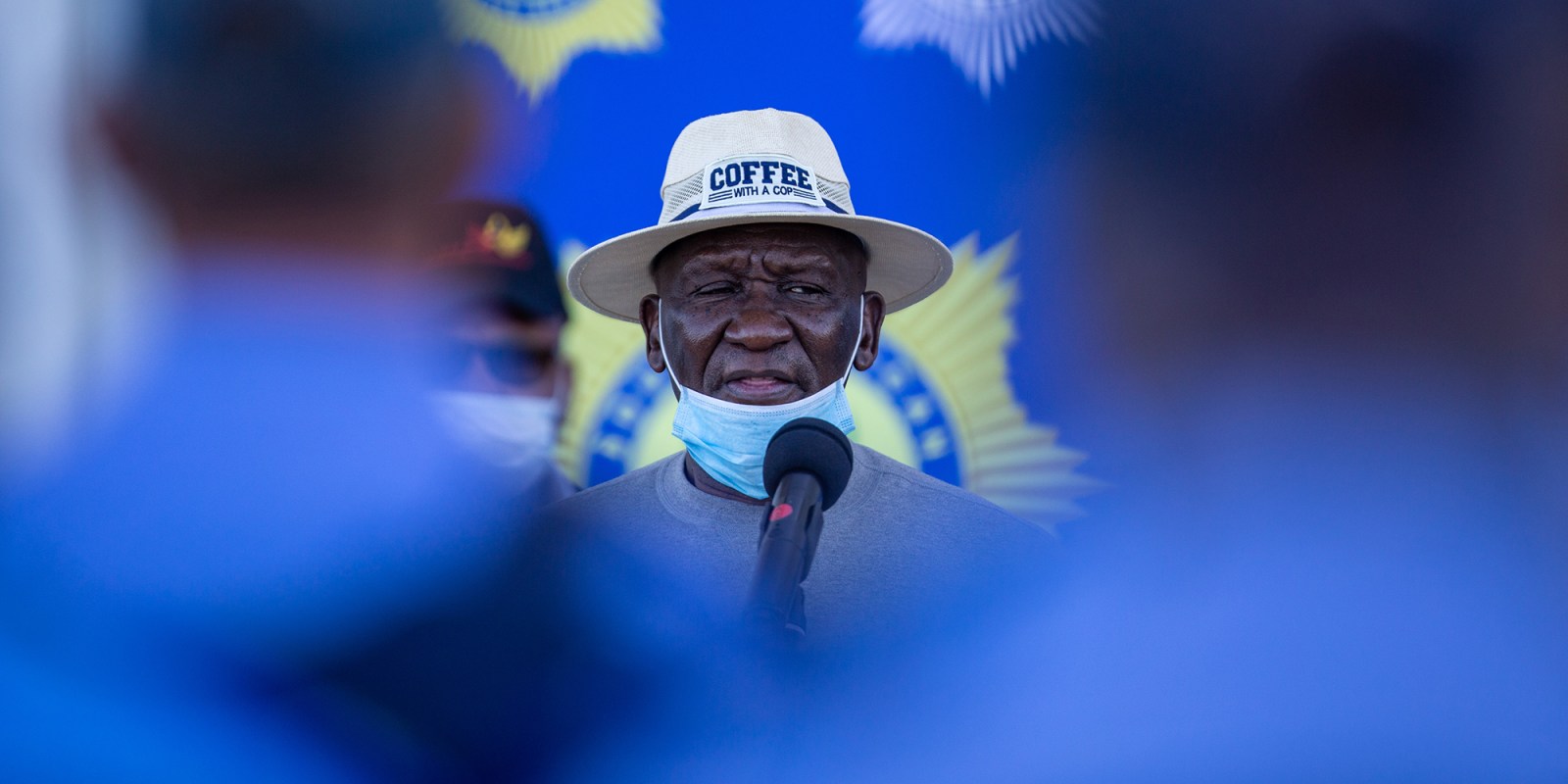 At a media briefing on Friday, Police Minister Bheki Cele did not dwell on incidents of jackboot policing tactics that have become a  blight on the Covid-19 lockdown.

See our Jackboot special report here: The other epidemic: an account of Police and army violence in the Covid-19 pandemic

In the North Gauteng High Court last week, Judge Hans Fabricius handed down a 79-page judgment castigating the police and army for their use of violence while enforcing Covid-19 regulations. The judgment was in relation to the death of Collins Khosa at the hands of soldiers, while police stood by, but its ambit was much larger as the judge traversed the requirements of civilian policing of a public health emergency.

Earlier in May, parliament heard that 11 people had died in police action between March 26 and May 5, and that complaints to the Independent Police Investigative Directorate (IPID) had spiked. Most of the complaints related to assaults by the police.

Updating the nation on Friday on how the Covid-19 restrictions were being implemented, Cele spent less than five minutes of a 60-minute briefing dealing with the judgment and the trend toward police violence. Instead, he trumpeted that crime has come down and congratulated the police for their hard work. This speaks volumes about the minister’s concern for jackboot policing tactics during the lockdown.

Cele revealed that 230,000 people had so far been arrested for violating lockdown regulations, for crossing provincial boundaries, transporting alcohol and cigarettes, gathering in crowds and other activities now criminalised as a way of preventing the spread of Covid-19.

An unintended consequence of the lockdown has been to criminalise almost a quarter of a million people, and create new and illicit economies in alcohol and tobacco black markets.

Cele said the security forces – and both he and Defence Minister Nosiviwe Mapisa-Ngaqula – would comply with most of Judge Hans Fabricius’s rulings on improving police and army conduct, but that it was likely some aspects of the ruling would be appealed.

Cele offered no contrition in light of the judgment (his first public briefing since the judgment was handed down) and he side-stepped the violent deaths of civilians with a convoluted explanation about how IPID statistics were often overturned after investigation (for more on how IPID statistics are manipulated and investigations botched, read journalist Daneel Knotze here and here).

The minister said a new code of conduct, which Fabricius directed should be drawn up, would be done by Friday 22 May. He waved the document around but did not elaborate on its contents, nor did he say whether he was directing police officers to abide by them. He also failed to express contrition for Khosa’s death at the hands of the security forces.

Instead, Cele veered off-topic with statements like this, “By the way, some of us suffered for these human rights”, adding that “Police are serving under constitutional conduct. The job of the police is to enforce the law. It is allowed that you use force and use deadly force if the life of a citizen is in danger.” Cele said five police had died during the lockdown while on duty, adding, “We shall not call the police to be sacrificial lambs.”

Crime is down but new crimes rise

Cele used most of his briefing to show how crime was down during the lockdown.

However, it’s been reported on some social media sites that there are police stations refusing to open new cases. In addition, new forms of crime have emerged: for example, muggings during the exercise window period are up, while several courier services (online shopping delivery vans) have been hijacked and robbed as syndicates explore lucrative new opportunities. DM